Two designers in the U.S. have redesigned the crutch walking aid with the aim of making it more comfortable.

Company Mobility Designed is based in Kansas City, and was founded by industrial designers, and husband and wife, Max and Liliana Younger.

The company’s motive is to give people a “better quality of life through improved mobility” through creating mobility devices that “provide a painless experience”. 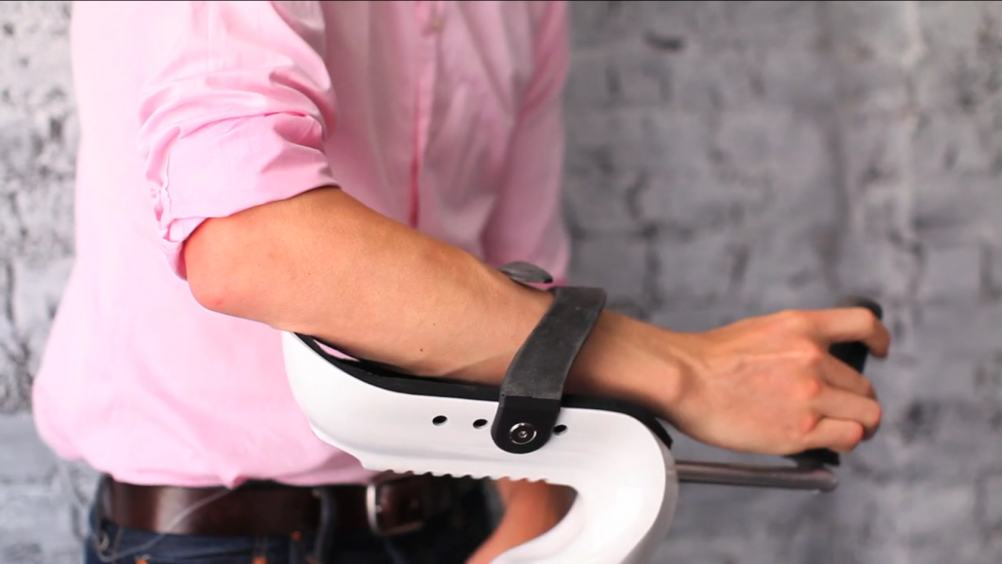 They have created a pair of crutches that take pressure off people’s wrists and armpits, and instead allow them to support their weight on their forearms and elbows through an arm slot.

The crutches are suited to anyone between the heights of 4’11’’ – 6’8’’, and materials used include thermoplastic, nylon, atomised aluminium and foam.

The armrests contain foam padding and armbands which “hold” the person into the crutch, allowing the aid to “stay with you at every step”, says Max.

They are also stretchable, which allows people to “pull out them easily”, for example if they fall over and need to “grab onto something else, like a handrail”, he adds. 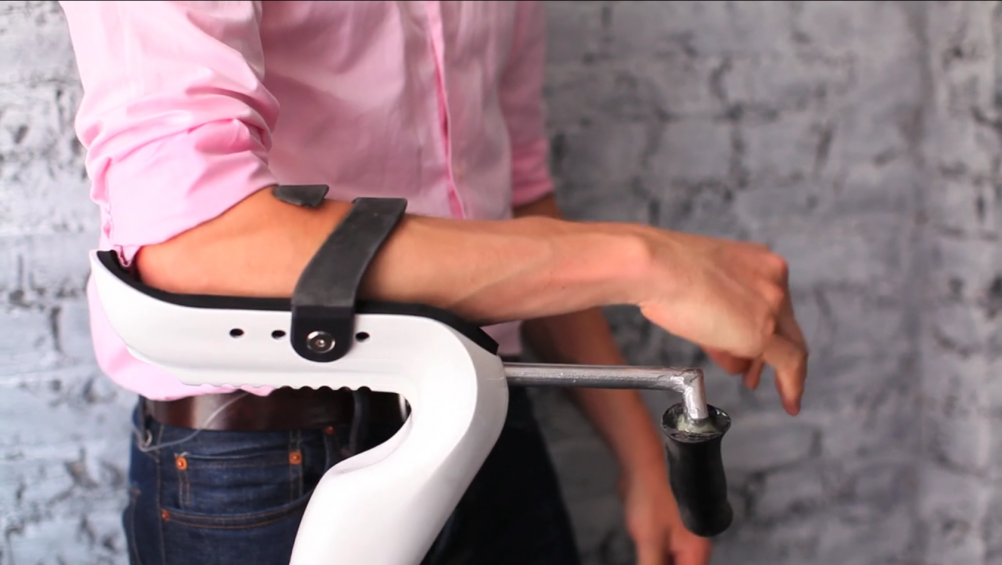 A “hands-free mode” is also available, Max says. Handles can be adjusted via a button, which when clicked, will rotate it out of the way, enabling people to carry things at the same time – though they should “generally be used with the handles”, he adds. 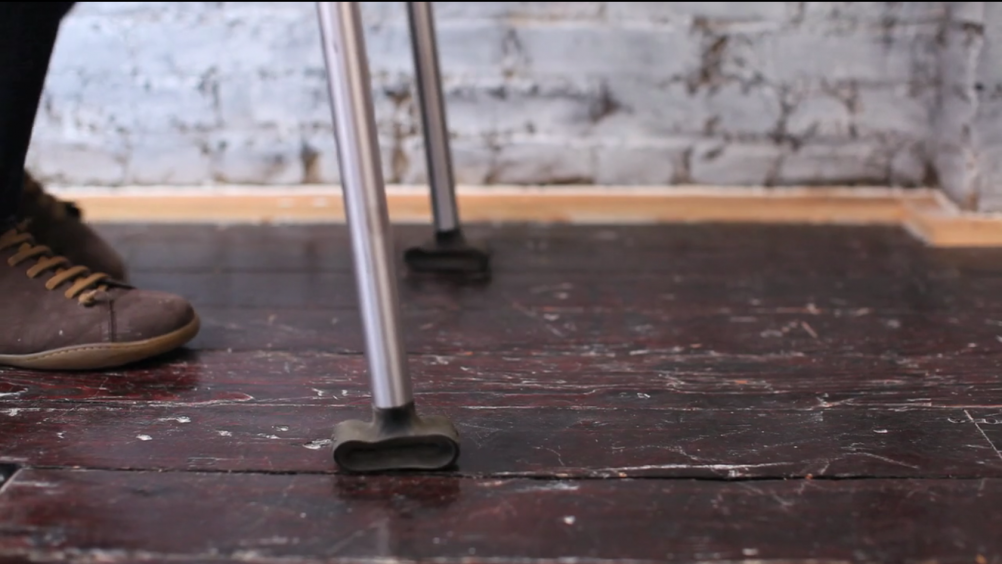 Its feet are shock-absorbent and contoured, allowing them to grip to the ground. There is also an interchangeable foot for ice and snow, which is also changed by clicking a button.

Max was inspired to start the project after his father had a leg amputation, and struggled with using regular crutches.

“Our mobility crutch supports your body differently,” Max says. “As people get older, they often can’t support their weight with a regular axillary crutch, and so switch to other things such as wheelchairs and scooters.”

“When my dad uses regular crutches, he expends a lot of energy and it wears him out – even if he just wants to get up to make a coffee in the morning,” he adds. “With these, he’s able to use a set of crutches that benefit him physically but also look quite interesting.” 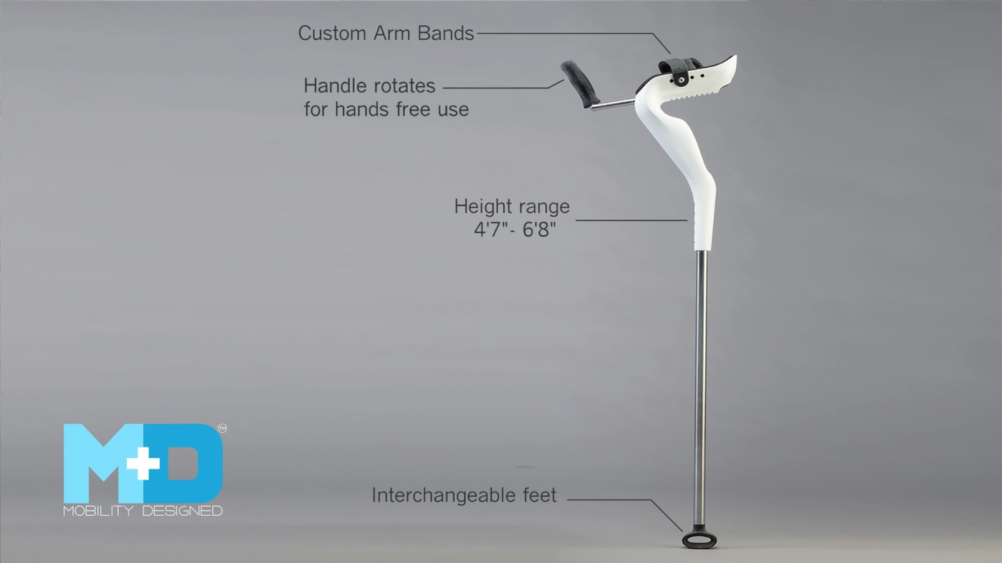 He says the crutch’s design was about both “usability” and “aesthetics”. “We wanted to make it more useful for people, and also make it something people wanted to wear,” Max says. “We used injection-moulded nylon to control the shape, as we wanted to get away from the medical aesthetic.”

KickStarter originally funded the project, but Max and Liliana have since sought contribution from private investors.

Mobility Designed hopes the crutch will be available internationally, online and via medical equipment distributors. It is expected to launch by June this year, at an estimated cost of $250-300 (£176-£212).

The company also hopes to develop a smaller pair of crutches for children in the future. 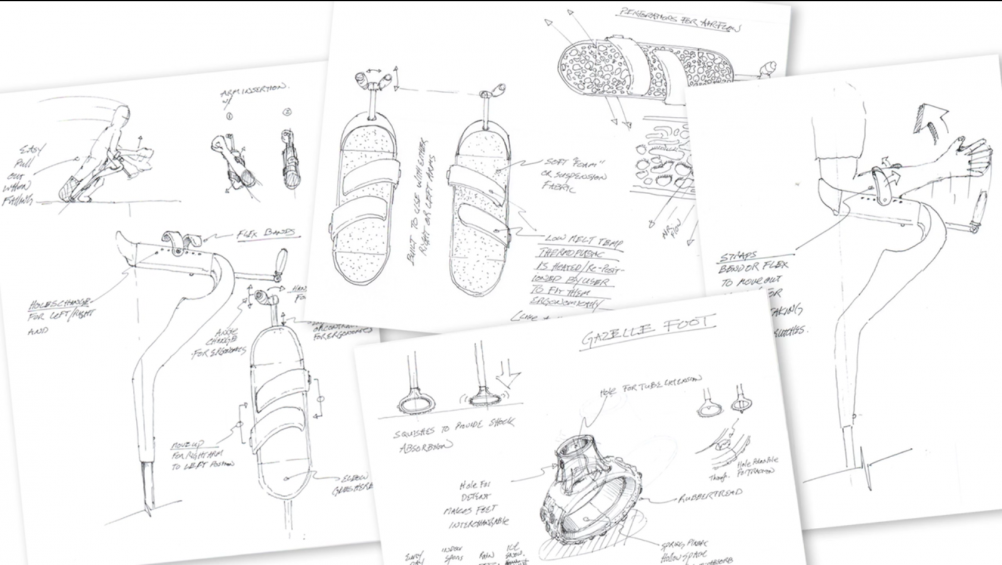