Pentagram partners Sascha Lobe and Yuri Suzuki have designed the new identity for the Musical Instrumental Digital Interface (MIDI), based on musical forms and frequency waves.

The work includes a new logo (static and sonic), sound design, video and motion graphics as well as typography. 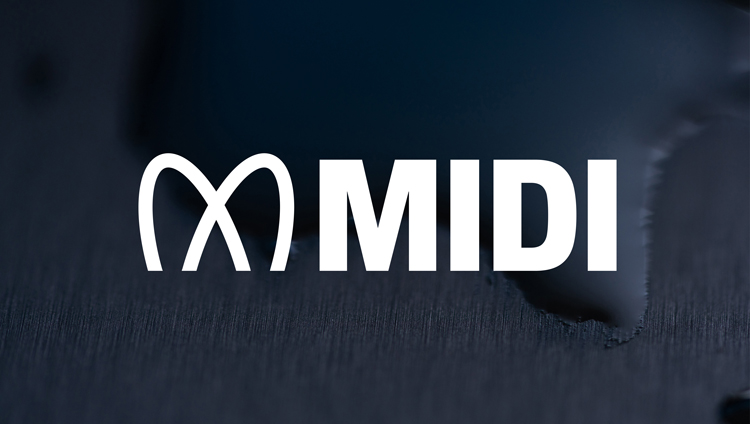 MIDI is used by musicians, producers and DJs as a way to create and share musical work. Before MIDI technology, there was no standardised way of synchronising electronic musical instruments from different companies.

In the early 1980s, Roland founder Ikutaro Kakehashi and Sequential Circuits president Dave Smith discussed how an industry standard could be formalised and came up with the plans for MIDI. The first instruments that used the technology were the Roland Jupiter-6 and the Prophet 600, both released in 1982. 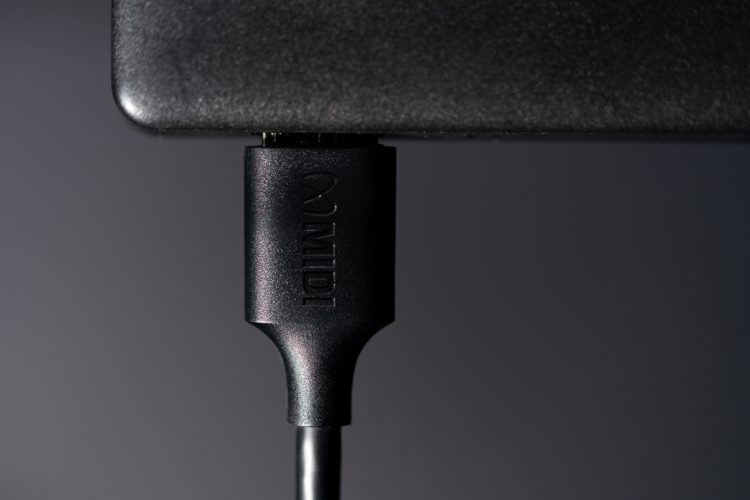 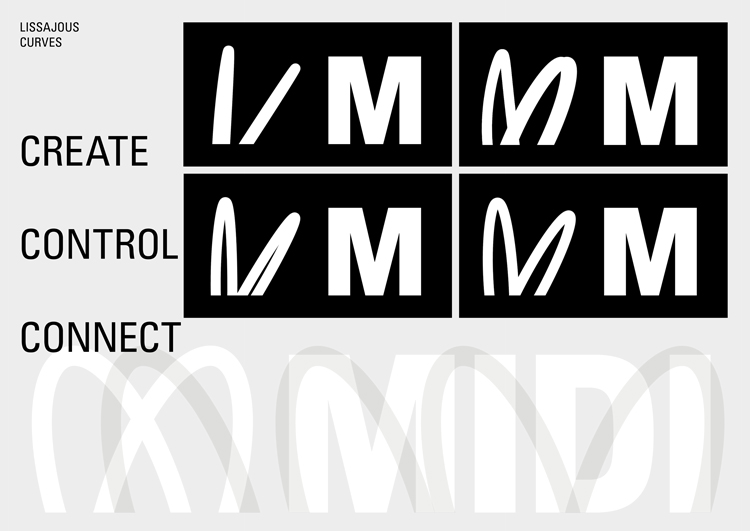 The central part of the new identity is the redesigned mark, which takes inspiration from musical forms and frequencies. “It came from experiments of looking at sine waves on an oscillator,” Yuri Suzuki tells Design Week. “Two frequency signals with sine waves make a curious pattern.”

The design team worked on different compositions. One of those frequencies is the Stuttgart pitch, an oscilloscope reading of sine waves at a frequency of 440 Hz. 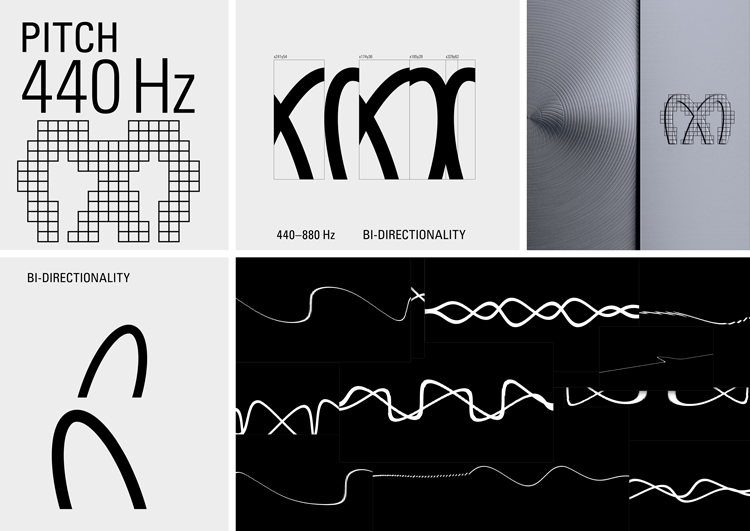 The designers had also been looking at the 880 Hz frequency and the final design is a modulation shape between those two frequencies.

The “cross-modulation makes great visual pattern,” according to Suzuki. “The frequency is used for tuning, and the link to the ‘M’ shape of MIDI worked very well.”

The final mark was also a nod to the shapes of Lissajous curves, according to the designers. These are graphs used to describe complex harmonic motion.

“Something exciting is about to start”

The sonic logo has been designed as a way to complement the main logo and create an “anticipatory” feeling, according to the design team. The first part of the logo features “cross-modulation of sine waves”, Suzuki says.

“Towards the end, there is the suggestion of the sound of an orchestra tuning up,” he adds. “This gives the feeling that something exciting is about to start.”

Sascha Lobe tells Design Week that while the mark is “underscored by rounded and curved forms”, vertical typography was chosen for the wordmark as a contrast.

Univers has been chosen as the body typeface for the overall identity as it “alchemises with the typography of MIDI and lends it a technical look”, Lobe adds.

For the wider visual campaign, the design team sought to resist cliché. “We aimed to migrate away from literal references to music and typical environments such as music gigs, technical gadgets and instruments,” Lobe says. “We set off to reignite sound memories recorded in our brains because anyone can imagine sound if they see an image or watch a muted video.”

The campaign visuals have been brought to life by photographer Kimberly Lloyd. The imagery is an attempt to show the “interplay between the heard and unheard and moments crafted through sounds”, Lobe adds.

While there may only be an image of weighted balls hurtling down a runway and colliding with one another, people can still imagine the sound, according to Lobe. “Our minds have already formed an innate archive of sounds,” the designer says.

“Sound is omnipresent, even in the calmest calm of aerial photography and cloud gazing from the window of an airplane cruising 35,000 feet over the skies of Mongolia,” Lobe adds.

Lobe and Suzuki have previously worked together on playlists which were created during the first UK lockdown in response to Lobe’s graphics. They were also commissioned to compose a playlist for the Design Museum’s electronic music exhibition last year.

MIDI is frequently credited with significantly impacting the music industry. The technology introduced new features into the recording process, such as sequencing which allowed people to easily create complex arrangements on instruments as small as synthesizers.

These processes reduced recording costs as larger group of musicians were not needed and performances could be recorded at home before eating into studio time. Last year, MIDI 2.0 was announced which allowed for “bi-directionality” – devices were able to communicate in both directions for the first time.