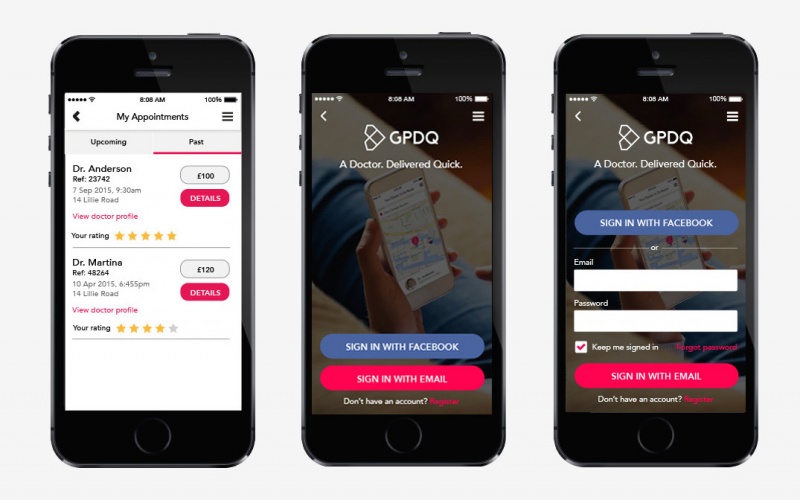 It’s no longer only restaurant food and cabbies that smartphone users can order to their door – a new doctor “delivery service” app has been designed, which allows patients to request a general practitioner to arrive at their home within an hour and a half.

Patients are able to request a GP to arrive at any given location from Monday – Sunday, 8am – 11pm within an average of 90 minutes, for appointments and prescriptions. Appointments start at £120 for a 25-minute consultation, and go up in price if patients want extra time or to use the system’s two-hour medication delivery service.

The user interface (UI) uses a simple colour scheme of white, black and pink, along a sans-serif typeface. 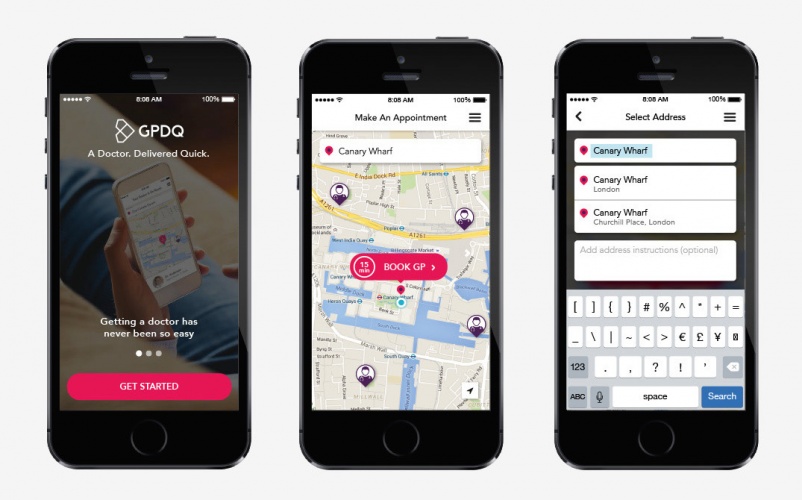 The UI includes a map, with plots showing where GPs are based in the user’s vicinity. The user can then select an address, and they are given an expected arrival time, alongside an appointment fee. 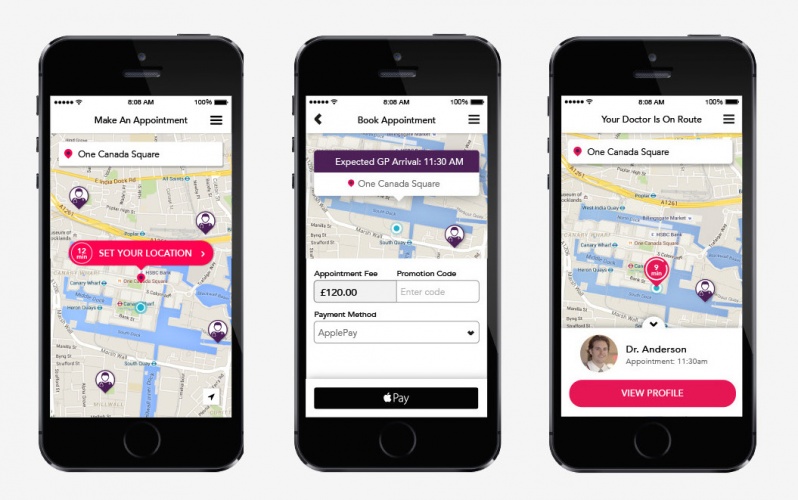 Once they’ve ordered, they’re given a profile and photo of the doctor they will be receiving treatment from, alongside a rating and a reviews system. 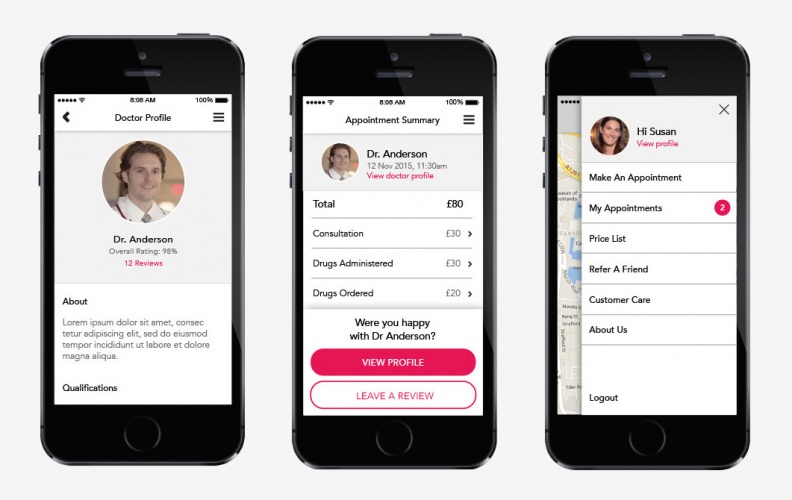 Following the appointment, they are encouraged to leave a star rating and review, and can view their past and previous appointments through a side menu.

Inspired by Uber and Airbnb

The app was designed by freelance designer Alisa Afkhami, who says Uber was the inspiration behind the user experience (UX) and digital design of GPDQ.

“You could say GPDQ is Uber but for GP visits,” she says. “A lot of users are already familiar with the Uber experience, so by following a similar experience this helps to create an instant sense of trust and ease, as they don’t have to ‘learn’ how to use our app.”

She adds: “As a start-up, we don’t have the same resources as Uber, which now has a massive team of designers, experts, testers and developers – but we can learn a lot from their design decisions and adopt them to our own concept.”

Inspiration was also drawn from the user interface design of Airbnb, Afkhami says. “It has such a clear hierarchy and visual language to display information that it just makes it so easy to digest and absorb,” she says. GPDQ aims to mimic this through its simplicity of use.

Afkhami says the app concept aims to “empower” patients, through allowing them to leave reviews and ratings, and giving them more control over when they see a doctor.

“Rather than waiting on hold at their GP surgery to try and get an available appointment in the next few weeks, patients can see a doctor right away at a place that’s convenient for them. The rating system also allows GPDQ to maintain a high standard of care based on patient feedback.”

GPDQ is currently only available in central London but will be expanding to more UK cities soon, the company says.