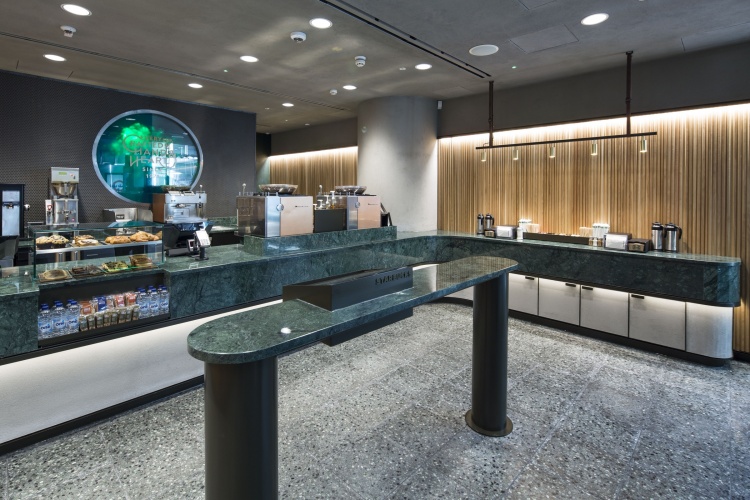 Starbucks has launched a new concept café in Canary Wharf which looks to make buying coffee faster and easier for London’s busy commuters.

The new express café has been designed by Starbucks’ in-house design team, and follows on from similar stores in New York, Toronto and Chicago. The London store marks the first of this style in Europe.

It features a walk-around interior, with a touchscreen at its centre allowing customers to place their orders. Seating and tables are limited and arranged around the peripheries of the store and outside the main entrance, allowing more space for people to walk in and out.

The menu included at this early order point has been “streamlined”, says Starbucks, providing a shorter, more succinct list of coffees to choose from to give customers a speedy ordering experience.

The express store is aimed at customers “on-the-go” who are already well-acquainted with the Starbucks menu, so “know what they want” before they get to the till, says the company.

Included in the short menu is a selection of coffees, espresso shots and some of the more popular food items such as breakfast sandwiches. These items are displayed on digital menu boards which rotate daily.

Customers are also able to order ahead, via Starbucks’ own mobile order and pay system – through the store’s app, customers can locate the store they want to collect from, order their drink then pay via their phone, ready to pick up in store.

The express store follows on from another Starbucks café concept which opened in London earlier this year, which looked to slow down rather than speed up customers.

The Reserve coffee bar, based opposite the Noel Coward Theatre near Leicester Square, encourages pre-theatre-going customers to relax over coffee cocktails, wine and an antipasti platter, while providing break-out spaces and charging points for people wishing to work and study. This café also uses the mobile order and pay system.

But the express store is aimed specifically at commuters in a rush on their way to work, and hopes to “improve convenience for customers”, says Starbucks EMEA vice president of operations Rhys Iley.

He adds that the concept is the “latest in Starbucks’ evolving store portfolio”, though there are currently no hints as to future formats. The express store is open seven days a week and based at the centre of the City of London’s financial district, in Canary Wharf. 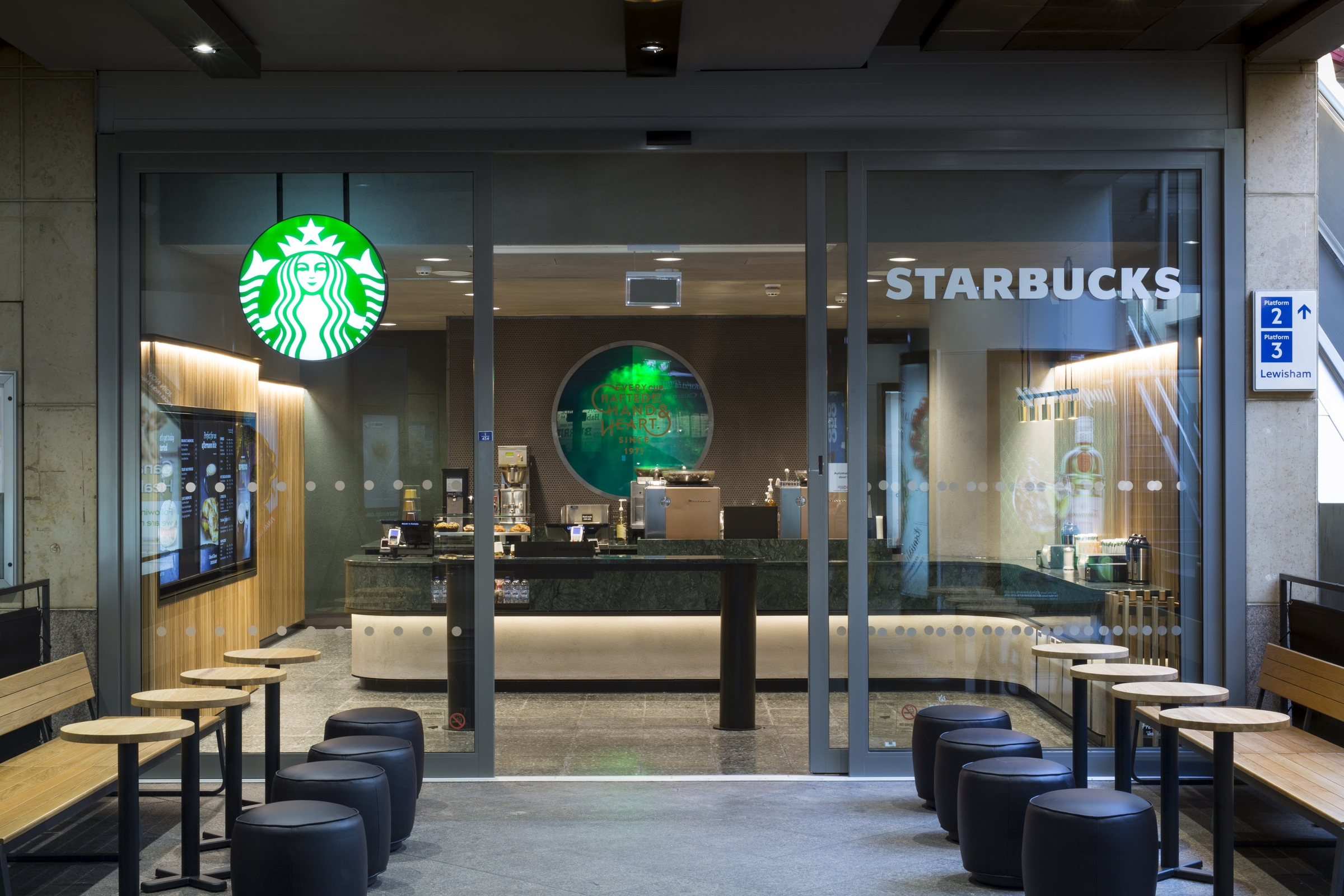 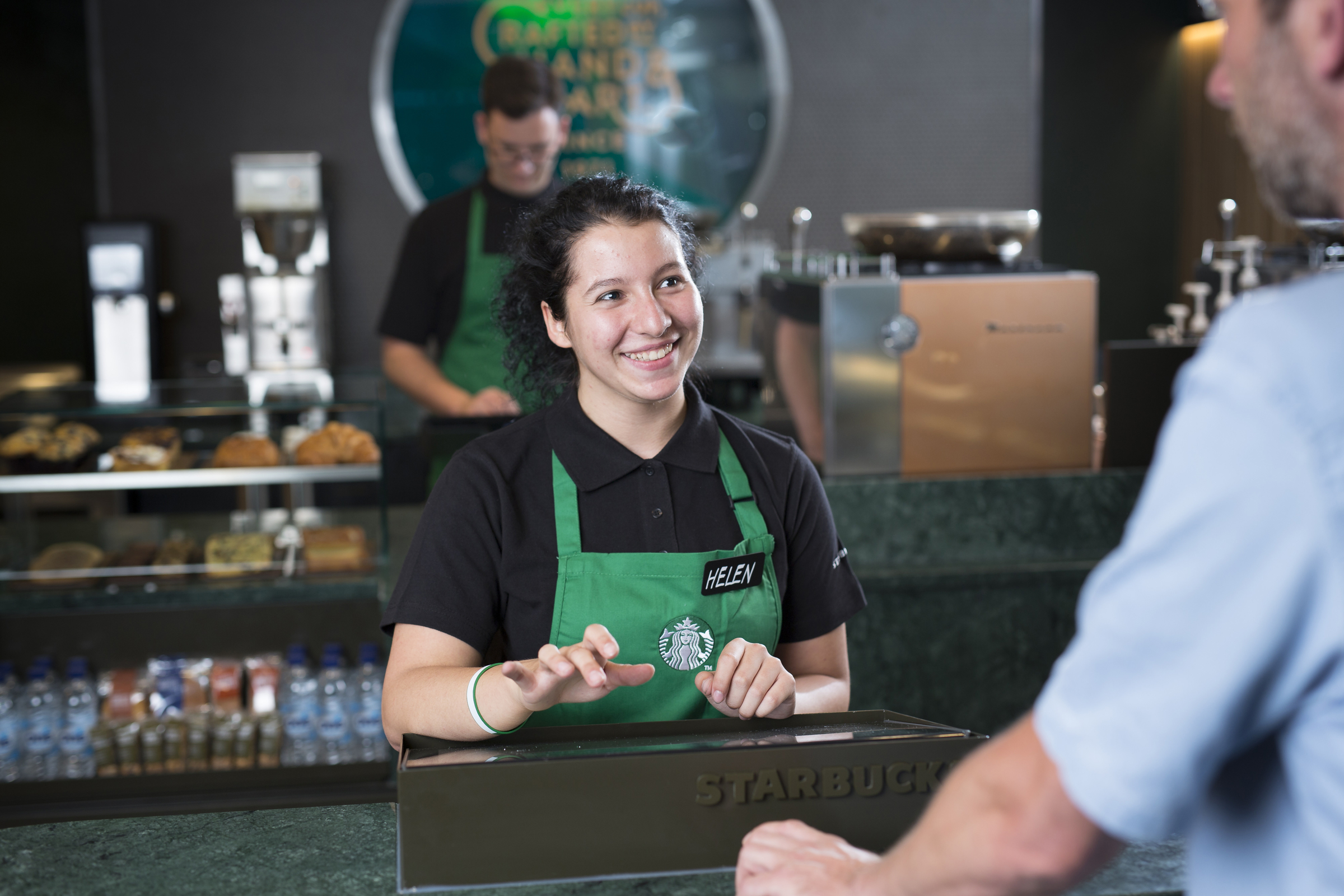 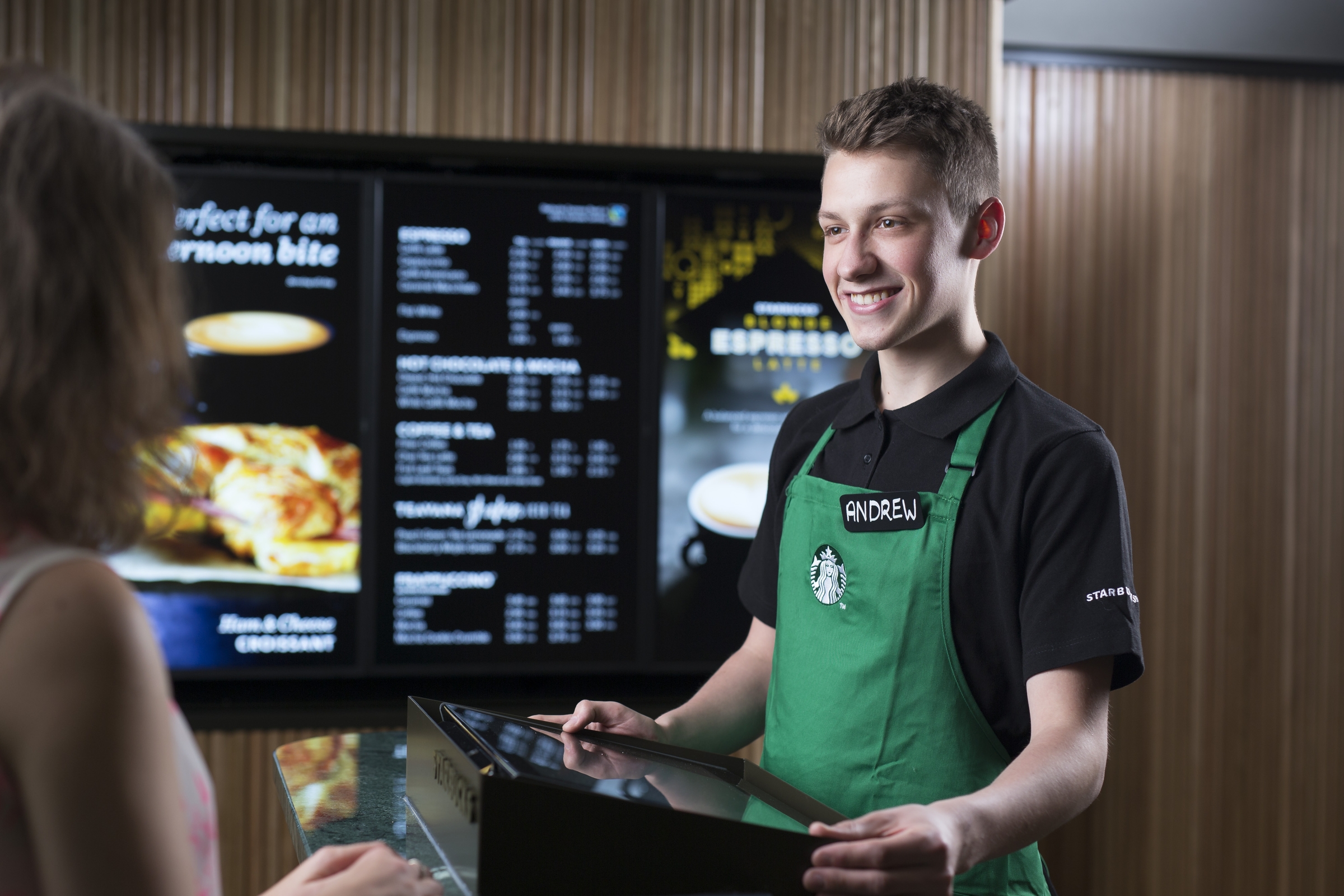 Which 20th century product would you like to see get a 21st century makeover?