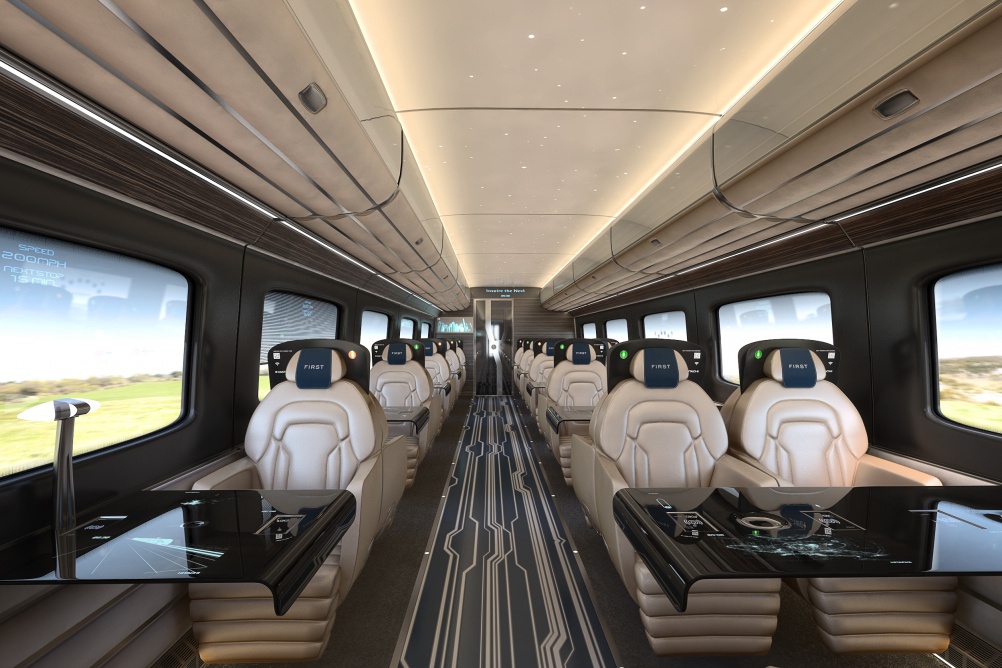 Hitachi Rail Europe has unveiled concepts for the interiors of a new high-speed train which it has dubbed “a British Bullet Train”.

HRE has previously designed high-speed trains, including the UK’s HS1, which launched in 2009 and which travels between London and Kent at 140mph, and Japan’s Shinkansen, which can travel at almost 200mph.

The new concept has been produced using “extensive user research and passenger studies”, says a spokesperson for HRE.

HRE aimed to put “passenger comfort and customer experience” at the forefront of its design process, says Kendra Ayling, brand and marketing specialist at HRE.

“Every effort has been made to create a spacious environment for passengers,” she says. “We wanted all passengers to feel that they would be in a high-quality environment, conducive for long-distance journeys. Part of this was making sure that there would be significant luggage space, which would not encroach on the area around it.”

She adds: “We also wanted to produce a concept which would reflect the very high-speed nature of travel, complete with clean lines and a bold finish.”

The project has not yet been commissioned. A HRE spokesperson says: “The train is in initial development stages based on our experience of HS1 and Shinkansen production in Japan and we are currently seeking industry feedback on the designs presented.

“It is too soon to say what speed ‘high speed’ would run at in the UK, but HRE is saying this design could be the ‘British Bullet Train’ and would represent a HRE response to any UK government’s tender for high speed.”

Images of the new concept were presented at rail exhibition Railtex in Birmingham last week in order to gather industry feedback, and visitors were also able to explore the project through a 3D imaging showcase and a virtual reality walk-through. 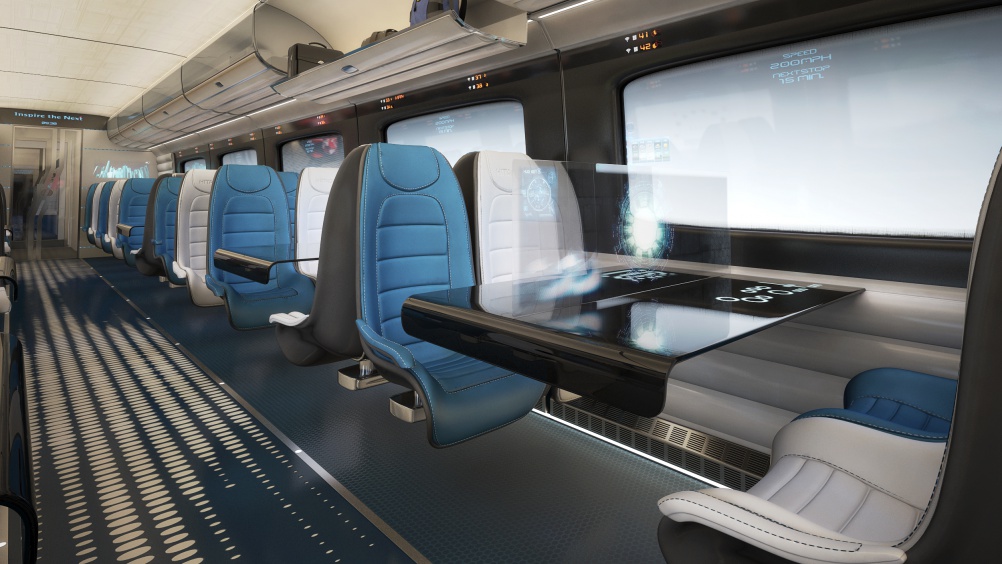 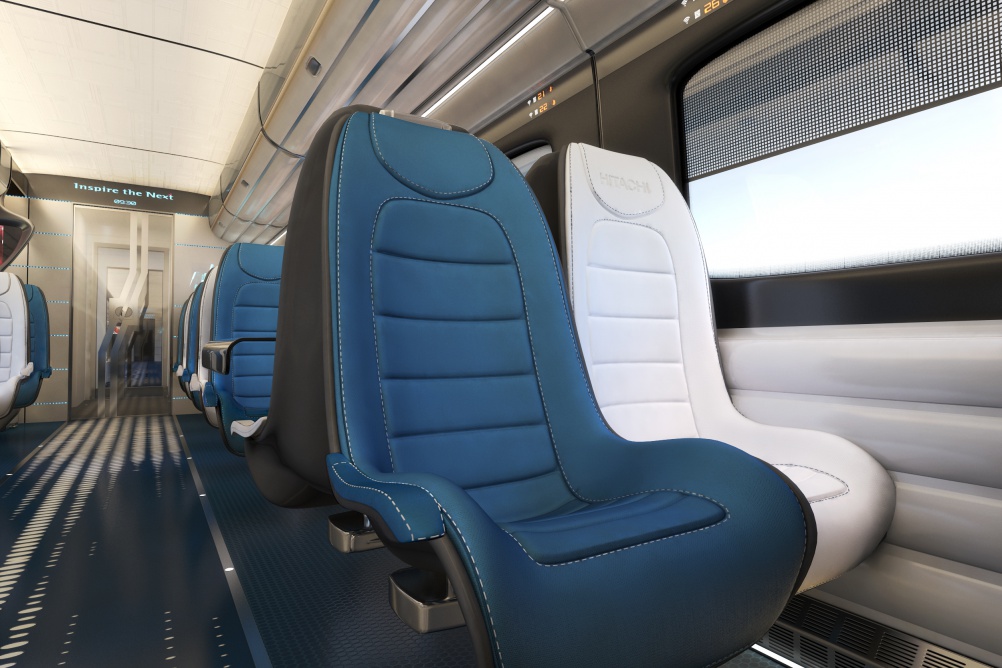 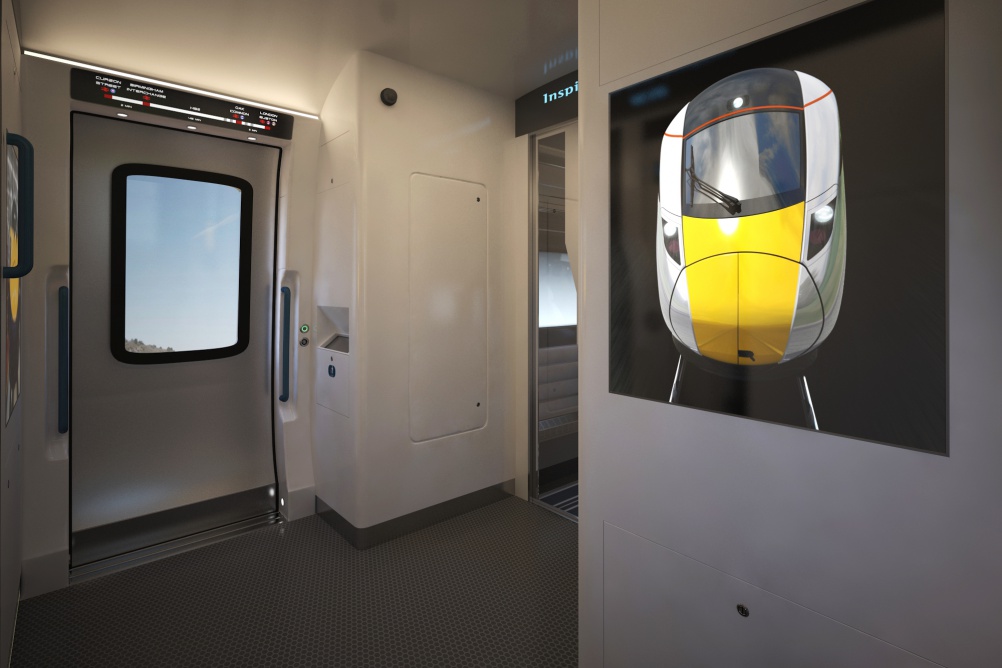