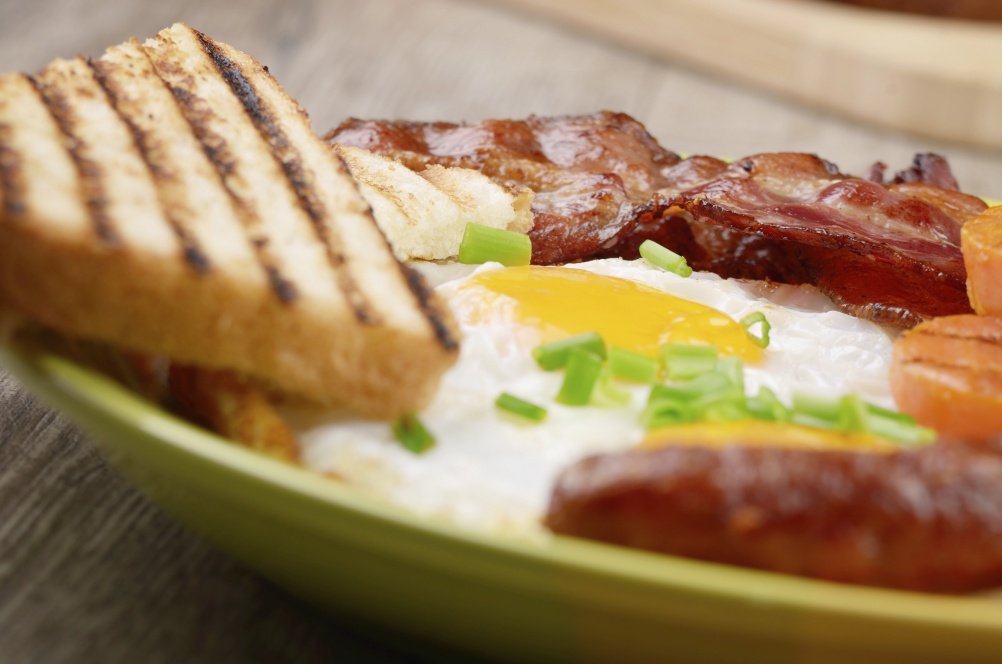 Jason Holland, creative director, Underwired: “Being a creative person is a great way to spend your life, but it also comes with a heavy creative responsibility, especially within a small agency or team – it can be a very lonely place. Part of the creative process often involves tearing down ideas, rebuilding them and getting inspiration from simply having a conversation!

“After my office moved to Shoreditch I was keen to explore the trendy and rather heavily bearded coffee shops and during two visits to The Breakfast Club happened to bump into Matt Baxter (we both did our Graphic Design degree together) and Jamie Readon (a senior creative who worked for me many years ago) and it occurred to me that it’s a small world in which you meet some great folk who have probably had similar experiences to you… or at least some great stories to tell.

“So I invited both Matt and Jamie to meet me for an 8am breakfast. It was a conscious decision to make it before work and not an “after work drinks” so that it avoided being just another piss-up. It means you get an inspirational start to the day with like-minded people, who are in a diverse arena of creative paths – from brand designers to event organisers; from creative thinkers to technology wizards.

“We keep the numbers small so that conversations don’t splinter too much, but any new members are invited from whoever is the most recent person to join, with the only criteria being that they are in an isolated position of creative responsibility and are a thoroughly nice person 🙂

“Even though it is never written in stone that we talk about our working lives, we naturally fall into tales of the last month or two, or hilarious stories from over a decade ago. These experiences are shared and are generally met with other Creative Breakfast members nodding in how they can relate to the issues raised, sharing solutions or alternative ways of thinking. I don’t think any Creative Breakfast has left anyone without a new idea, a positive criticism or spark of inspiration… and always with a rather stuffed belly to boot!”

Mat Baxter, creative director, Baxter and Bailey: “It was pure serendipity that my old uni pal Jason and I bumped into each other in an East London beardy breakfastery some years ago. But we made the most of that happenstance encounter and have been regularly breakfasting ever since: an egg-centric early morning meeting six-or-so times a year, dragging a small bunch of like-minded creative business owners with us along the way.

“For me, it’s an opportunity to start the day with some shared problem-solving, left-field inspiration and good food. And not one single use of the word ‘networking’. I do tend to over-do it on the coffee though.”

Jamie Readon, creative director, Big Evil Robots: ”Content is king. Sharing is paramount. What better way to exemplify that than to team up with a bunch of nutty creatives, traditionally allergic to attending meetings prior to 10am, with a slap up breakfast of smoked salmon and scrambled eggs, a ridiculously oversized mug of latte and a platform in which to deliberate, inquire without ridicule or contempt, and generally muse over the state of the industry?

“It’s more than simply networking. It’s was a chance to meet like-minded folks with that same spark and love for being creative. A chance to be inspired, to have a laugh without the compulsory hangover the following morning. But most importantly a chance to share experiences with lovely folks.”

Paul Bailey, partner, 1977 Design & Brand Consultancy: ”Running a design and brand studio can be a terrifying and lonely place at times. You question yourself a lot: ‘Am I doing the right thing here?’ ‘How can I best approach this situation?’ ‘What would Paul Rand do?’

“In the absence of Paul Rand to chat with I find it very helpful to have breakfast once in a while with a knowledgeable, experienced and friendly group of industry professionals. It’s a peer group that you can chat freely (and confidentially) with about any work issue you might be having, or any interesting developments in our industries.

“No judging, no competing – just words of wisdom (and occasional nonsense) from those who’ve been there and are still doing it.”

Tim Dobbs, creative strategist: “To be a bit wanky for a moment, it’s a great ‘disruptive’ habit: it forces me up and out early, and gets everyone away from their offices and teams for a change; but because it’s infrequent and unscheduled, it’s more invigorating.

“To be less wanky: it works because it comes from a generous, supportive impulse. This can be a lonely and a cynical business, but I’ve met and been inspired and had my faith in the industry restored by some fantastic fellow creatives and human beings there. I’d like to thank them for inviting me along.”

Emma Taylor, creative consultant and director, Creative Advice Network: ”The Creative Breakfast Club is a great little early morning meeting of minds. Sleepy minds sometimes, but the caffeine and inspiring chat always helps. It’s great to be able to share ideas, talk about the industry and see if there are projects we can collaborate on with each other.” 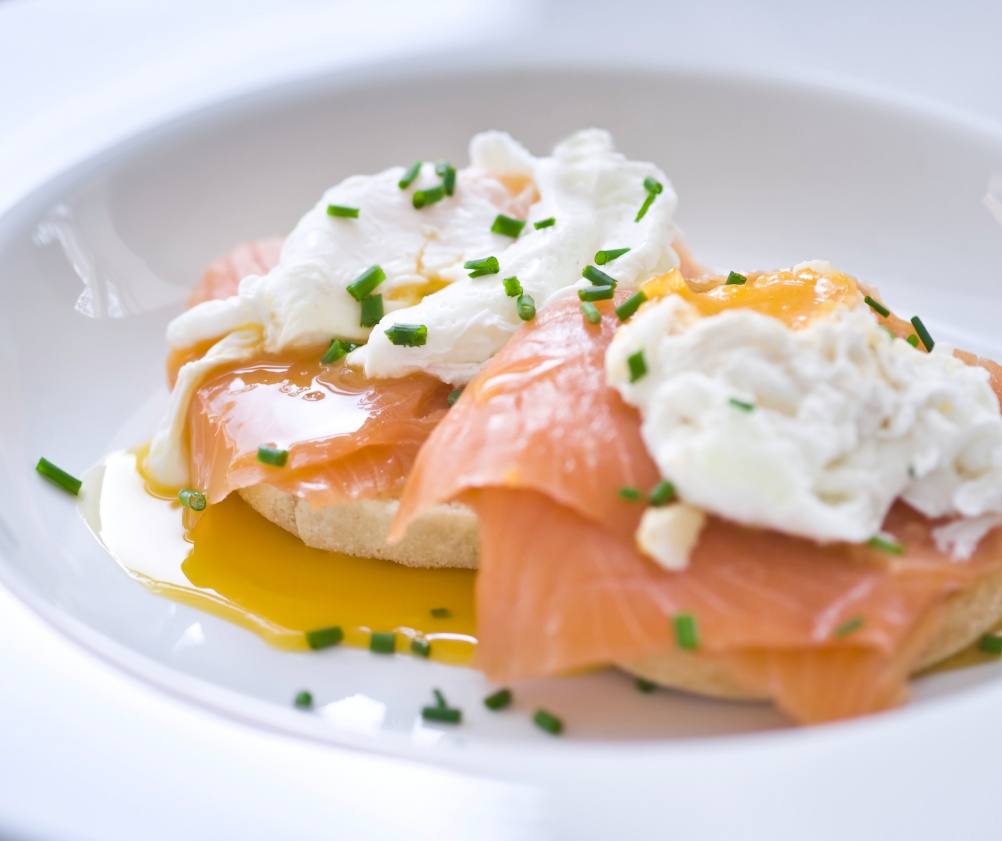 Jenny Theolin, creative director, Studio Theolin: “Moving to a new city can be professionally tough. Especially if you’re moving from a super buzzing mega-city (London) to one which is very creative, but not as socially active (Stockholm).

“I’ve attended the London Breakfast Club for a few years now, and it was a great chance to meet like-minded people and talk about anything and everything on a small and very personal scale. Networking in Stockholm is just that. Networking. The word itself cause social allergies and is quite unpopular. That is why I started this in Stockholm. It’s intimate. Personal. And truly inspiring!

“We have a small international crew who now regularly meet for breakfast. And this is what they think about it:”

Amelia Dale, copywriter: “I moved to Stockholm earlier this year with a suitcase full of grand ideas and very few contacts. As a creative writer with very little Swedish under my belt (yet) it is great to learn from my contemporaries about how the Swedish advertising industry differs from the London one I am used to. Without the pressures of deadlines, projects and invoicing, we’re all free to talk about topics that keep me inspired until the next meeting. And if Breaking Bad taught me anything, it is that everyone loves breakfast.”

Ramiro Oblitas, head of global design and strategy, Parasol: ”We’re frequently told that breakfast is the most important meal of the day. It has now also actually proved to be a fittingly charming venue for sharing industry secrets, getting inspired from professional peers, discussing unborn ideas on world domination to improving your social skills to getting involved and improving that network of yours. Having relocated back to Stockholm after 15 years of residing in great metropolitan cities like London, New York, Barcelona and Rio de Janeiro, this is a sharing ideas moment I very much welcome.”

Daniel Mair, creative consultant: ”Even though I was born in Stockholm, most of my professional training and work references are from my time in London. Our breakfasts provide a much-needed place to share experiences and ideas with like-minded people from various backgrounds. The only thing missing is a proper fry-up…” 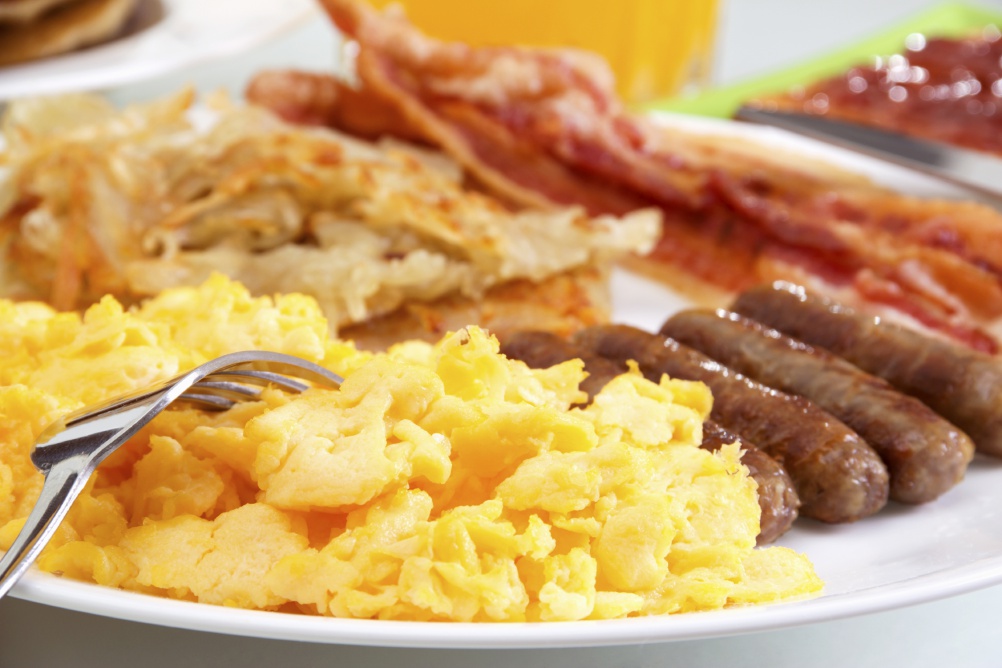 The Breakfast Club – Start your own

As people move on, change jobs or find new studios in new locations, new Creative Breakfast gatherings are beginning to happen; Jenny Theolin has started one in Stockholm; Baxter and Bailey will soon be starting one in Brighton. And you could start one, too. Here are four handy tips to get you up and running.

All great meetings of minds need a great venue. Churchill had his war rooms. Tony and Gordon had Granita. The Rebel Alliance had the moon of Yavin. You’ll need one too. Choose somewhere handy for all attendees (as far as is practical), somewhere that does great breakfast, and somewhere you can hear each other speak. It’s all about the chat, after all. And the eggs.

Up and at ’em, early birds. These gatherings are attended by creative business-owners: busy people with businesses to run. An 8am start, an hour of chatting and eating and then off to work usually works for everyone. Go to work on an egg.

The temptation might be to invite all of your creative chums. Resist that temptation. Creative Breakfasts are by their nature small. Six or eight people: the sort of number you can get round a dinner table and hear everyone speak. This way, you can get to know everyone and begin to understand their businesses and their challenges. And maybe even help them out.

If one of you can’t make the arranged Creative Breakfast – the looming presentation is a frequent reason to bail – nominate a super-sub. Someone who you like, trust and think will contribute something to the conversation in your absence.

Now go forth and scramble.