The baton for next year’s Commonwealth Games in Birmingham aims to champion womanhood and explore how young people think about what the Commonwealth means today, according to its designer.

Laura Nyahuye is the designer behind the baton, which is now touring Commonwealth countries ahead of the games’ start in July 2022. It carries with it a note from the Queen, addressing the nations, which will be revealed when it arrives back in England next year. The baton is ceremonial and serves the same purpose as the Olympic torch. It will not be used as a relay baton at the event.

Nyahuye, whose eponymous brand designs and makes body adornments to “address social issues and challenge perceptions”, has been involved since early on in the project.

While it is a relatively small canvas on which to work, Nyahuye says many stories have been designed into the baton. The main inspiration, she says, was celebrating womanhood.

“It’s the Queen’s baton, after all,” she says. “I can relate to the Queen as a mother, a sister and daughter – she’s a woman like me and there is common ground there to work with.”

These perceptions influenced many of the shapes found on the baton, which Nyahuye describes as “celebrating womanhood”. The curved nature of the lines is also a nod to her own craft, which she says is often inspired by sea life, storytelling and real-life issues affecting migrant communities. “The shapes are similarly flowy,” she says.

“I hope this is a way to have an honest conversation”

The composite nature of the baton is a reference to the many different people, identities and nations that make up the Commonwealth, Nyahuye says. In particular, she says she wants the baton to be a talking point for how young people think about the Commonwealth.

“What do young people want from the Commonwealth? What do they think of it?” she asks. “It carries a lot of negative history with it, so I hope this is a way to have an honest conversation with people on the topic.”

The bringing together of different shapes and materials also nods to her Zimbabwean heritage – Nyahuye says recycling and upcycling are common in the country, but not as a way to follow trends. “It’s something we did because we had to, because it made things affordable, but also because it is its own creative craft” she says. 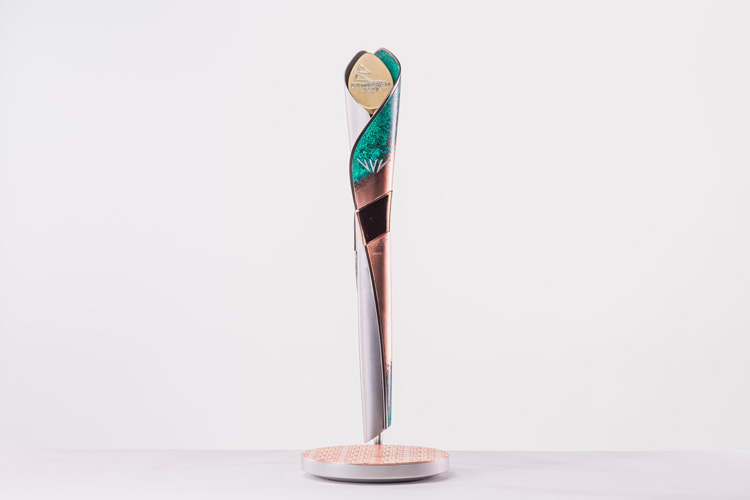 “You can build something beautiful without it being expensive”

The materials of the baton itself are non-precious. It features “accessible” metals copper, aluminium and brass, which have been cast in Birmingham’s Jewellery Quarter. A platinum stand lines the length of the shape, paying homage to the Queen’s Platinum Jubilee year.

Using non-precious materials is another nod to Nyahuye’s everyday practice. “I love exploring the use of these materials, because you can build something beautiful and meaningful without it being expensive,” she says.

The baton feels like a full-circle moment for the designer, because previously she had used non-precious material plastic to design and build a crown for the Queen to celebrate her Diamond Jubilee in 2012. 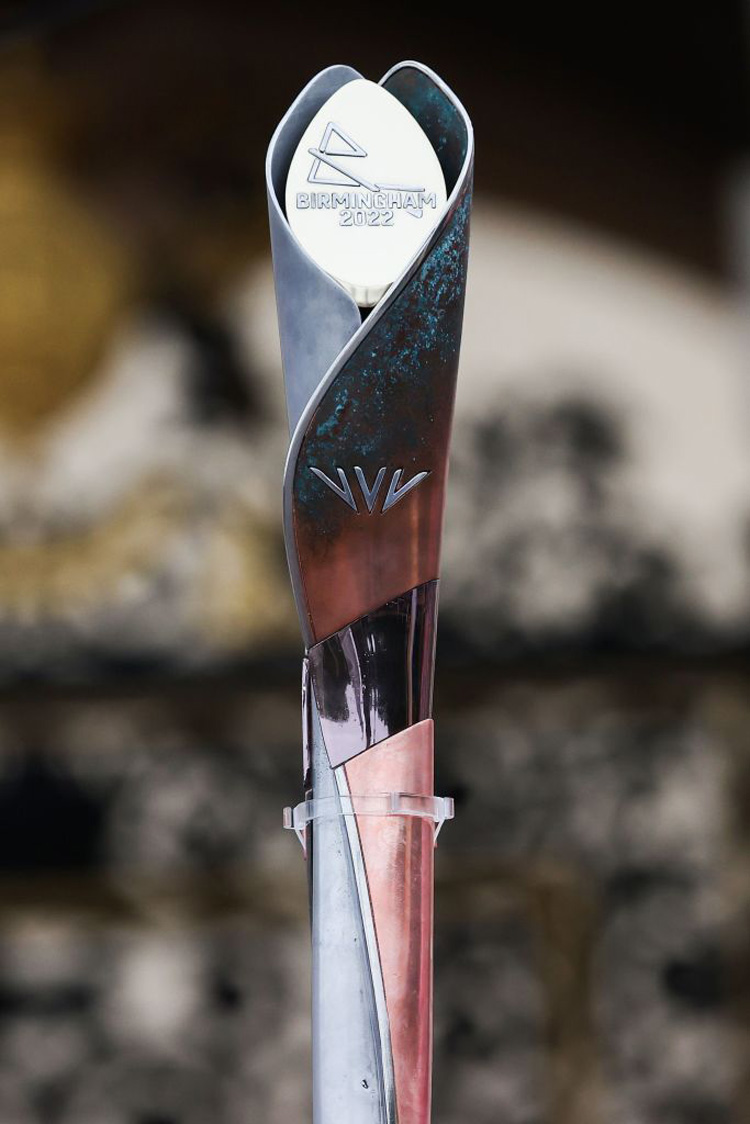 “The power of collaboration”

Alongside Nyahuye’s design are several technology-driven features, which have been developed in collaboration with product design studio Raymont-Osman and design and development specialists Kajul.

Technology features of the baton have been designed to act like senses. A 360-degree camera, the “eyes and ears” of the baton, will record and transmit imagery and digital information along the route of the baton relay.

Meanwhile LED components and a heartrate sensor display the heartbeats of the baton bearers as they carry it. The lighting also changes as two people grip the baton during handover. Finally, the “lungs” of the baton are a collection of atmospheric sensors which use laser technology to analyse the environmental conditions surrounding it.

Nyahuye says the coming together of different practices – all of which are from the West Midlands – “represents the power of collaboration”.

What do you think of the baton design? Let us know in the comments below…