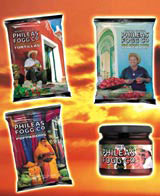 When Delia made it into the dictionary it became official – Britain is a nation of foodies. Turn on the television any night of the week and you don’t have to look far before you come to a programme about food, be it Jamie Oliver’s dulcet tones or Ainsley cooking up a storm. Food has become a lifestyle product and the latest food category to wake up to the design opportunity this represents is the ‘adult snack’ market.

The adult, or premium, snack market is valued at £237m (source: Mintel) and includes products as diverse as crisps, dips, breads and tortilla chips. It has been one of the most buoyant sectors in the snacks market, experiencing growth of over 26 per cent since 1988 (source: Mintel).

The market has seen a rash of product launches and revamps. In March Golden Wonder launched Duets, a snack and dip combination designed by Cunningham Design, and Walkers responded with the launch of Posh Spice-endorsed crisps, Sensations, designed by Landor Associates (DW 8 March). And last week KP Foods-owned Phileas Fogg, the pioneer of premium adult snacks, announced a design revamp by Williams Murray Hamm (DW 11 April) as part of its attempt to reclaim leadership in the category.

These companies and others are realising they have lagged behind in new product development. They are beginning to see opportunities for varying products in ways other than just flavour by considering consumers lifestyle and usage.

Throughout the sector companies are becoming more sophisticated and are beginning to segment the market by consumer needs. And organisations are realising that design is a vital and major component in successfully targeting this market.

Design in this sector needs to go beyond purely visual concerns and consider usage issues, packaging and how to reflect the variety of different snacks that comprise the sector.

‘People today have friends around for informal occasions like watching the football or a video and snacks are part of that occasion. We all snack more and are all prepared to indulge ourselves more too,’ she says.

Landor creative director Derek Johnston agrees. ‘People are looking for ways to enliven the domestic experience and food has become a major part of that. People engage in the idea of quality ‘foodie’ products, but don’t necessarily want to cook themselves.

‘It’s an indulgence product,’ he says. ‘(Usage) is during “kick back time”. It’s much more about a social snack than a pack of crisps at lunchtime,’ he adds.

WMH partner Richard Murray says the companies are also realising that people have vastly broadened their eating habits in the past decade.

‘Consumers are more sophisticated. People want to try new and interesting things. Fifteen years ago lasagne was an exotic dish, but today even a Thai green curry is mass market. The popularisation of cooking means that people are more aware of ingredients and more demanding,’ he says.

Designers are being asked to look beyond the traditional, colourcoded crisp packaging for products aimed at a very different market. Companies want designers to consider not only brand values, but also consumer needs and usage situations and to respond with visual identities and packaging designs that reflect both.

Johnston says the design challenge is to create a brand with mainstream appeal that is able to deliver premium cues. Sensations targets homemakers aged over 25 and Johnston says it was important to develop a design that was linked to indulgence.

‘The design techniques are a lot to do with the use of photography and language and the relationship between master brand and sub-brand is also important. With Sensations the Walkers banner has deliberately been reduced in size to give a quality seal.

We chose an indulgent name and the use of photography is very important. We chose photographs that split between the provenance of the product and the rich, indulgent flavours,’ he says.

Ferguson says design also needs to take into account how the product is used. ‘Sometimes people don’t decant (the product) and the packaging should mean they don’t need to,’ she says.

Golden Wonder brand manager Suzanne Broughton agrees. She says Duets has been developed to cater for the growth in at-home entertaining and designed to appeal to the ‘foodie’ market.

‘The design has taken its cues from the high quality ready-meals area and the product is an octagonal shape to make it easy for dipping. The idea is that you don’t need to find a bowl, it’s ready immediately,’ she says.

Ferguson also feels consumers’ increasing sophistication means that products no longer need to be rooted in Englishness and the design Phileas Fogg has chosen reflects its love of food and travel.

Murray, who originated the design, agrees. ‘The concept is based on truth,’ he says. ‘It’s not just pack decoration, it’s a way of working that’s been captured. The company [Phileas Fogg] takes food seriously and the brand is about discovering interesting tastes from around the world.’

‘They sent staff out as roving ambassadors for the brand and their discoveries informed and inspired product development. We wanted to try to capture that as a packaging concept so on the back of the pack there are pictures of them [by Pete Seaward] in the places they went to and the copy tells the tales of their discovery.’

Murray points out that this trend for discovery in food and travel also reflects consumers’ passions back to them.

With flavours such as coriander and lemongrass and designs that reflect consumer aspirations about food and travel, it seems the adult snack market is well and truly growing up.

It’s likely that our increasingly casual and snack-led eating habits mean the segment is here to stay and that there is still opportunity for growth and innovation. But to remain successful companies will need to invest in sophisticated design, based on a good understanding of the different consumption motivations and usage situations for the products.