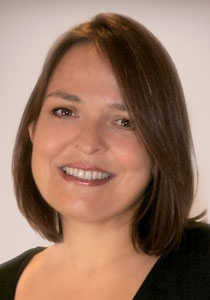 The issue of scheduling some planned creativity into the internal fabric of a consultancy can often be met with mixed reviews. There is the school of thought that says notions of ‘planned’ and ‘creativity’ don’t go hand in hand – that creativity should be spontaneous and exist magically.

But how about if you were to set up something that would give people the time and inspiration to try something new? As well as providing some new creative perspectives and the freedom of ideas away from constraints, you might feel the benefit of having a different vibe in the consultancy – even a bit of fun.

How often does a brief come in where you are given carte blanche to express an area of creativity you have been hankering to explore with £2000 and two weeks’ holiday thrown in?

Coley Porter Bell’s Blue Sky internal awards scheme does just that. It was set up six years ago as we realised that, while the nature of our business demands creative solutions to often challenging briefs, unless you structure in some free-fall thinking, in our days of nine to five, six, seven, eight… it just won’t happen.

Winning entries in past years have included experiencing fear in all its guises, living the brand as a celebrity and exploring the visual attitude of people contemplating plastic surgery. There have been projects that have involved larger parts of the consultancy as brands are built or refreshed. A creative and account management team wanted to rebrand a charity as part of Blue Sky.

Having researched charities that would benefit from a makeover, they chose Ovacome, the ovarian cancer support network, a cause that had already touched their lives. Our team created a strong new brand identity for Ovacome on a pro-bono basis.

The charity benefited not only from a new identity, but from a fundraising film, fact sheets, collection pots, newsletters and promotional material. Ovacome was thrilled with its new look and feel, and members of the consultancy got the chance to work for a good cause with a wide creative scope.

Last year’s winner, Adam Ellis, had, at times, the unenviable task of creating Scoop – an adult ice cream brand – from scratch. Lots of us came together for the visual planning session to decide what the brand should stand for.

He even enlisted some more willing helpers to be part of the Scoop Troop. Staff became visitors, too, for the vans’ appearances at the Truman Brewery in east London in autumn 2006, and got to sample the dessert delights when Adam presented his concept from beginning to end at the 2007 award judging.

This is one of the parameters of the Blue Sky award. Whatever creative endeavour is undertaken has to be presented back to the consultancy in an engaging way. Over the years this has become an added value for us both in terms of an internal social activity and improving the winner’s presentation skills by giving them the forum to show and tell in their own creative fashion.

The key benefit for having an internal creative awards scheme is the incentive it gives everyone who works for your business. Creativity comes from all members of the group, not just from the creatives (imagine that). Blue Sky recognises this as all staff are eligible to enter and with ‘blind’ entries, it takes away any stereotyping or bias.

It also communicates to the outside world the variety of projects we get involved with and the personality of people taking part in them. Giving people a glimpse of the culture of your consultancy is another benefit to running internal creative schemes. Having third-party involvement in the judging or running of a scheme can give valuable insight and adds another perspective.

It is not about creative training per se – there are many excellent courses for that, such as the D&AD workout sessions. Blue Sky is about motivating and inspiring staff to try and think about something new. And sharing the experiences gives us all a flavour of wider horizons.

So whether it is tap dancing on a mountain in Borneo or attempting to write a novel in two weeks (good luck to Tom Byam-Cook – this year’s winner, who is going to have a crack at doing just that), an interesting buzz about Blue Sky continues to reverberate.

DO:
• Make it fun
• Make it relevant to your business (however loosely)
• Make it part of your culture

DON’T:
• Let it feel forced
• Dictate the format – involve staff in the outset to see what scheme they would like to create and take part in