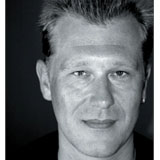 There’s no doubt that first impressions are vital, but things don’t go quite as planned when Jim Davies meets an important new client over coffee

The worst designed object in the world? There are plenty of contenders. But, in light of a cringe-worthy personal experience, my vote goes to the humble UHT milk container. You know, the kind of small plastic tubs with foil lids you get on planes, trains and in slightly downmarket hotels.

A few years ago, I was in just such an establishment near St Pancras station, meeting the managing director of a Midlands-based engineering company and his cronies. He wanted a tender document written for a major contract he hoped to win to build trains for a Far Eastern railway company. Only ten were to be printed, and they’d each have a bespoke aluminium cover. The unit price worked out at a cool £200 per copy. The stakes were high and he’d promised to pay me well. It was our first meeting and I wanted to impress.

Then the coffee arrived. Along with the inevitable small bowl of tubbed milk. Almost as soon as I picked one up, the little tab where you’re supposed to gain entry snapped off. I tried prising my fingernail along the join between the plastic and foil to no avail – the welder had been on top form the afternoon he put this little devil together.

So there was nothing for it. I could see the anxious faces around the table watching my hands as if I was about to place an incredibly foolhardy wager. But I could handle it. I placed my thumb directly on top of the foil and started exerting a steady downward pressure. Like an ace Spitfire pilot, as long as I pulled out at the critical moment, I’d be fine. It’s amazing how far such a small amount of liquid will carry. I could have passed for an extremely careless dairy farmer. The faux-mahogany coffee table appeared to have had a cream paint job and most of the protagonists around it looked like startled escapees from Jackson Pollock’s studio.

This was hardly my finest Bryan Ferry moment. The best I can say about the incident was that the MD never forgot me. Whenever I called him on some point of detail, he made some allusion to milk, his words laced with a half-chuckle.

The point is, first impressions count. If you get off on the wrong foot with a client, or a supplier for that matter, it takes a lot of recovering. And surprisingly, in an industry that sells communication, design consultancies can be less than scrupulous about the initial messages they send out. Having sat in more than my fair share of agency reception areas, I can report back that too many fall at the very first hurdle. This is the front line, where the quality of future relationships can be determined – a basic truth, but one that is too regularly overlooked.

It’s not a question of smart decor or furniture, it’s more about manners and friendliness. I’m all for cool, but spare me a cool reception. Ikea chairs are fine, but hassled receptionists, who appear too busy or distracted to acknowledge your presence, are not. Nor is being kept waiting by people who assume their time is more precious than yours. OK, many smaller design consultancies don’t have a reception area, let alone a receptionist, but that’s not the point. It’s more about having a policy on how you greet and treat, how you make guests feel welcome and comfortable in your home.

A smile and a cup of coffee is always a good start. Even if it comes with a UHT milk container balanced on the saucer.

Pushed to the limits