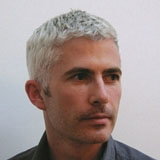 Scotland’s national design centre The Lighthouse is on the hunt for a director to replace Stuart MacDonald, who leaves next month. Does the centre need more of the same from its new chief, or is a fresh approach more desirable?

Yes, a fresh approach is needed. The centre lacks world class exhibitions that draw people to what is a very hidden place. It is a great space architecturally, but it is lacking any real soul. I think something needs to change and I am sure Stuart MacDonald has done the best with the resources available to him, but to me it is about time a centre that champions Scottish design and architecture talent moves away from Charles Rennie Mackintosh and focuses on Scotland’s current and future cultural visions.

I think that it is time for an injection of dynamism – there is a real lack of awareness of what is actually going on at The Lighthouse. It is a great idea that has never really got off the ground. Its personality is just all wrong – it needs to shout a lot louder (in a friendly kind of way) and truly find its way to the core of the design/cultural community. The programming needs to sort itself out at the popular end – my mother-in-law should want to go there.

In a quiet and understated way Stuart MacDonald has made himself a hard act to follow. The Lighthouse is now one of Europe’s most successful centres for architecture and design, and he is leaving a bigger job than the one he took on five or six years ago. By quitting while he is on top he has shown better judgement than Tony Blair or Sven-Goran Eriksson.

The problem for The Lighthouse has always been ‘What is it?’ and ‘Who is it for?’. It should have a more international outlook to showcase all aspects of Scottish design. 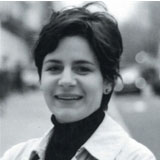 The Lighthouse should hold its course, flying the flag for distinctive Scottish design and architecture. It needs to watch out that Designs of the Time in Tyneside doesn’t steal its thunder – the new chief needs to be a counterpoint to the ebullient John Thackara.