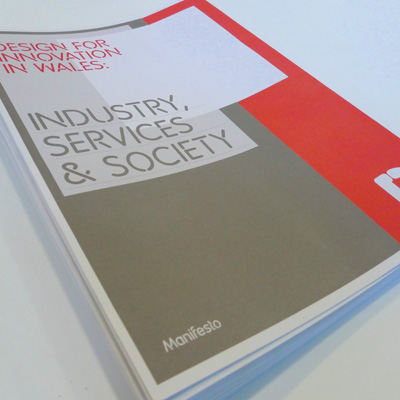 Design Wales’ petition on Design for Innovation in Wales has been accepted by the Welsh Assembly petitions committee – a step forward for the organisation’s campaign to secure design’s place on the Welsh political agenda.

Design Wales wants to raise the profile of design ahead of next May’s National Assembly for Wales elections and ultimately aims to see assembly members form a cross-party group for design innovation.

The petition, which collected 373 online signatures, has now been referred to the Welsh deputy minister for science, innovation and skills Lesley Griffiths – a Labour assembly member – for her views about further action.

Gavin Cawood, operations director at Design Wales, says, ’We are pleased with this result as the issues raised were received with both interest and enthusiasm.’
At the petitions committee meeting, which was held yesterday, the focus of the petition was described as ’interesting’ by Liberal Democrats assembly member Veronica German, who also proposed a second action to establish who else in the Welsh Assembly could address the issues raised in relation to ’social enterprise and new ways to deliver public services’.

Cawood adds, ’We will meet the petitions committee briefly [today] and hope to discuss how we can ensure the momentum we have created can be sustained and lead to a greater commitment to design by the Welsh Assembly.’

He says he hopes the meeting will provide an ’informal insight’ on how to establish the cross-party design group, and he hopes to maintain political connections for future lobbying.