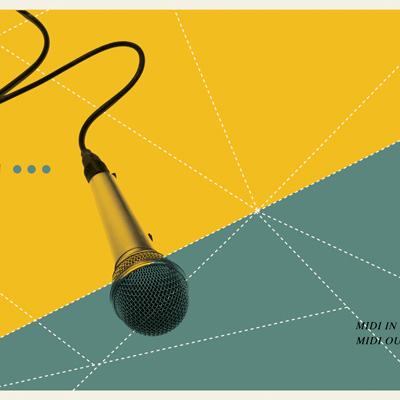 By the time you read this, a huge weight will have been lifted from my shoulders. I’ll finally be able to live my jaunty, carefree life once more. Why? Because for the past couple of months, I have been living in anticipatory dread, the spectre of two public-speaking engagements hanging over me like an impending appointment for wisdom tooth extraction. Only much worse.

One’s an informal D&AD gathering in a bar, the other a more traditional podium job at the gargantuan Excel Centre in London Docklands to 200-plus marketing types. Oddly, as I mark the days off the calendar with an increasingly quivery hand, I’m probably more spooked by the intimacy of the former than the grand scale of the latter. I can take crumbs of comfort in the fact that I’ll be talking to strangers from a distance, while a bustling room full of familiar faces is a far more daunting prospect. Because for once, it’s not a case of being paranoid that everyone’s looking at you… they really are.

I’m certainly not alone in my fear of public speaking. Along with spiders and flying, glossophobia – to use the technical term – keeps the nation’s hypnotherapists in moustache wax and gold fob watch chains. I have no hard evidence to support this, but I’d wager that there are plenty of reticent designers, writers and sundry creative types who suffer from the same anxiety – curious, given we’re all in the business of communication. Granted, there are a handful of Erik Spiekermanns out there who seem umbilically attached to a microphone, but the preferred graphic designer pose is headphones on, nonchalantly skulking behind a Mac.

Speech-making, addressing an audience, call it what you will, makes people uncomfortable because it’s so raw and unforgiving. And yet, headmasters, generals, politicians, clerics and comedians have taken the stand to rouse, inform and amuse since time immemorial. To the Greeks and the Romans oratory was a sophisticated art, with complex dos and don’ts, a defined structure of argument, highly polished intros and outros. Back then your performance was judged on form and function – technical ability as well as artistic impression.

Having said that, content is always paramount. You can’t exactly fall back on the hottest illustrator, slickest layout or zaniest typeface to underline the points you’re trying to make. Your words simply hang in the air, naked, exposed, out there. However much they crave a concealing fig-leaf, they are unapologetically what they are, waiting to be judged on their own merits.

While the style of writing and delivery have a part to play, you could say that public speaking is one of the purest forms of communication, a medium that relies primarily on substance. And actually, when you’re considering writing for design, it’s never a bad idea to stand back and imagine the words in the context of a speech. If they’re catchy and convincing when spoken aloud, they’ll really sing in print or online.

If you think about it, a creative’s working life is punctuated by a succession of mini-speeches. Presentations, boardroom meetings and brainstorms are all small-scale stages for conveying ideas and viewpoints. Being able to articulate your thinking and motives verbally is a must – it’s all very well being able to create a good design or piece of writing, but if you can’t sell or justify it, the battle is lost.

That’s why I put myself through these public agonies once every so often. As some wise sage once remarked, it’s good to talk.