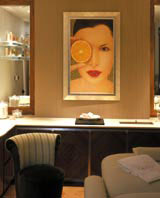 Basten Greenhill Andrews and Siegelgale have achieved the highest increases in pre-tax profits among the premier league of design consultancies with growth of 2994 per cent and 3638 per cent respectively.

The results are included in the yearly report by accountants Willott Kingston Smith, which examines in depth the last annual accounts of 30 of the largest design consultancies in the UK.

Improvements in the financial performance of the largest design groups over the past year should stand them in good stead to face tighter market conditions, the survey suggests.

Although groups employed 21 per cent more staff over the past 12 months, long-term debt has fallen and the average net current asset position has improved, consultancies with high borrowings will be exposed if profits fall or interest rates increase, explains WKS partner Amanda Merron.

‘Generally speaking, it was a boom year for the [design] sector with good rises in revenue and profit,’ she says.

‘In profitability terms, the [design] sector did better than the average of the top 50 marketing services groups, and in terms of operating profit margin and operating profit per head, it was beaten only by [the category] media independents.’

For the 30 groups under the spotlight, combined gross profits increased by 36 per cent, year on year, with operating profit up 34 per cent. Ten groups, however, reported lower pre-tax profits than the previous year. Employment costs are also still in excess of the ideal, according to the report, though per head, productivity increased by 5 per cent.

Merron also points out, however, that these findings are at odds with the current market, particularly after the World Trade Center catastrophe.

The Financial Performance of Marketing Services Companies 2001 is published by Willott Kingston Smith this Thursday.