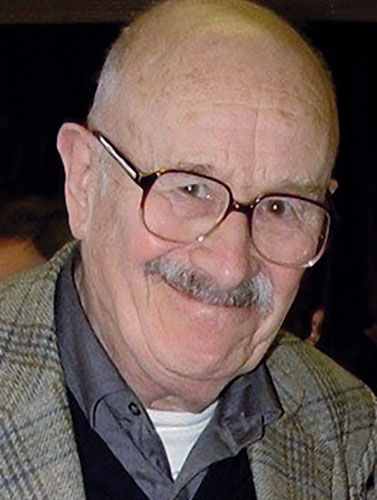 ‘Google leaps up Interbrand chart’, headlines a Design Week account of the brand’s 44 per cent rise in value in this year’s survey (DW 2 August). ‘Its success is due to its “Google-ness”says Interbrand’s Rune Gustafson.’ Despite Google’s diversification ‘it still maintains a strong brand ethos’.

Sixty years ago, so legend has it, the board of Guinness, when asked to judge any item of brand promotion, would ask themselves ‘Is it Guinness-y?’.

Four hundred years ago Shakespeare had Polonius conclude his advice to his son, ‘This above all, to thine own self be true.’ The biggest mistake any brand, product or corporate, can make is to act out of character.

That, of course, presupposes that the brand has a character in the first place. Not all brands pay the attention Google pays, or Guinness still does. You can add others to the list, Apple and Innocent among them.

But few brands bother to articulate their personality. Philosophy, yes, in their vision and/or mission statement. But another component of corporate culture, personality, is rarely spelled out.

A predator might prompt a company to do so. A merger might encourage a team from the new partners to involve a design consultancy in helping them thrash one out (see Private View, DW 19 July).

Ironically, companies which make sure that each of their product brands has a defined personality are less concerned to define their own. Is it because corporate philosophy (what we stand for) is deemed more important? Or because personality (what we are like) is so close to home that all concerned know it without having it etched out?

However, it’s all very well for the in-group to apply the acid test of ‘Guinness-y’, but what of a third person? What of the designer or writer, otherwise fully briefed, who have their work rejected with the equivalent of ‘it’s all right, but it just isn’t us’. What is ‘us’? What of the headhunter whose shortlisted potential employee is ruled out by the company because ‘she wouldn’t have fitted in’. Into what wouldn’t she have fitted?

As Michael Wolff asserts, a corporate vision ‘enables an organisation to express its being in every detail of what it does’. A complementary personality statement ensures that the expression maintains a true tone of voice.

I am not advocating personality over philosophy – let alone style over substance – but simply stressing its importance. Moreover, it’s not philosophy that distinguishes one company from another, but personality. Not the matter, but the manner.

Note how Sam Glynne of N One described Google in her contribution to Voxpop (DW 9 August), ‘youthful, energetic and insouciant… little regard for convention… champions contemporary issues… relentless, but never complacent’. That’s what I call a personality statement, a pen-picture of the brand as an individual.

She makes another percipient point about Google’s inventing its own rules, rarely using traditional media to advertise. For a brand has to be distinctive. It’s not sufficient to claim distinctiveness. It must be demonstrated, for example by the use of unconventional but appropriate media.

Surely there’s never been a more fertile environment or a more compliant technology able to serve and stimulate the creative imagination and allow the brand to express itself – and distinctively.