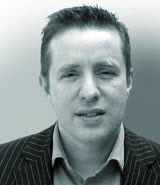 As you read this, a clutch of design consultancies will be finding their sea legs aboard the cruise ship Aurora, as the 11th annual Marketing Forum gets underway. Later this autumn, other groups will be jetting off to Nice for a similar event, the Design Forum, now organised by this magazine.

Such occasions have become fixtures in the new business calendar. Some consultancy bosses put their prominence down to the paucity of dedicated networking opportunities.

‘There is a lack of recognised channels of communication between the distanced worlds of consultancy and client,’ says SAS managing director Jeremy Sice. ‘Hence the continuing reliance on cold calling, mailings and the business development director. In that context, a controlled environment where both parties can meet and talk with shared expectations is, in principle, a good thing.’

But there are, of course, a host of informal activities – from lectures and conferences to Design Business Association or Marketing Society seminars – almost every week.

‘They are fantastic not just for bumping into clients, but also for learning new tricks,’ says Elmwood chairman Jonathan Sands, who believes you must throw the net wide. Sometimes, though, as Sice points out, it’s hard to avoid ‘looking like a predator’ when wearing your new business hat.

How, then, does a consultancy decide which approach to adopt? And what about organising your own events? With a forum-style meeting, at least it’s clear you’re hawking your wares, says Peter Melling, managing director of Hull-based The Core. More importantly, you know you’re talking to design buyers with real spending and decision-making powers.

Melling values the ‘independence’ of the Design Forum in ‘enabling professionals to talk to each other’. Obviously, it’s rare to meet so many people in one place at one time. But that can be a double-edged sword, as your message may only be appreciated by a handful, while your outlay – financially and emotionally – is much broader.

‘You must be selective and serious about who you wish to see on the list of clients,’ adds Melling. ‘Be honest about what your offer is and who you’re targeting. Do your homework.’

According to Sice, who attended the Communications Directors’ Forum, which – like the marketing cruise – is organised by Richmond Events, groups should look beyond pure new business generation.

Typically, groups will talk one-to-one with 35 pre-selected potential clients, as well as having plenty of socialising time.

‘By normal new-business ratios, that would add up to a fair few pitches and a handful of projects, which would do just nicely thank you,’ he says. ‘But the very nature of the forum means normal rules don’t necessarily apply.’

Sice points to the ‘surreal nature of the experience’ and the sheer volume of meetings. Converting ad hoc conversations into tangible projects is hard, he says. But it’s important to remember that clients are ‘human beings looking to do good work in partnership with like-minded people’.

Sice adds, ‘Regardless of how much business you do or don’t get in the immediate aftermath of the event, you have a shared experience with a large number of people, which forms the seed of a relationship that may well lead to projects in the mid- to long-term.’

Then there’s the imbalance between consultancies and clients in this environment. The former is paying ‘an arm and a leg’, as Melling puts it, so the latter can go for free.

‘Back on terra firma the “relationship” can quickly resume a more typical air,’ Sice notes. As a result, ‘bonding’ over dinner is obviously vital to establish genuine contacts, Melling says.

Given the money and time invested, measuring the benefits of participation is crucial. By the same token, preparation is everything (see box below).

The Core has a ‘basic points system’ to assess how meetings went and takes notes at the time that are written up more formally later. ‘But it’s important with follow-up not to pester clients,’ says Melling. ‘Drop them an e-mail initially and then say you’ll give them a call in three months’ time.’

It’s a question of self belief, Melling adds. ‘Once you’ve shown your work, and talked the talk about the rationale, you have to hope you’ve made an impression and that someday that impression will be remembered.’

But networking is never going to be straightforward. ‘I think it’s a horrible, almost sleazy, soliciting type word,’ says Sands. ‘It’s not an association I’m comfortable with. For me, it’s about keeping in touch with what’s going on out there as much as it’s about hunting down prospects. [You should] collide with like-minded souls because, at the end of the day, you do your best work for people you connect with,’ he adds.

Corporate entertaining can be ‘simple and informal’, he says, but ‘in the halcyon days of Newell and Sorrell, their Utopian Nights were legendary’. Unless you can be creative with the content, however, and thereby defuse the hard sell, your own events are usually best suited to existing clients.

A good new business strategy will have more than one string to its bow. But, as Sands observes, in today’s new business climate perhaps current clients should be the first port of call.

What to remember on the way to the forum

â€¢ Get your team right

â€¢ Get your ‘elevator pitch’ right

â€¢ Do not hard sell