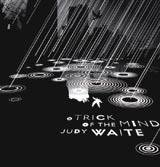 Prolific is a good adjective for Rian Hughes. Under the name Device he produces typefaces, logos, illustrations, book and CD packaging, comics, a range of Hawaiian shirts and last year ‘Art, Commercial’, a retrospective book tracing his career. On his website you’ll find the full diversity of the Device experience across design and illustration fonts for download and an impressive range of projects for a huge number of clients. And next week he has a solo show opening at London’s Coningsby Gallery.

The show will focus largely on the illustration work simply because of limited space in the gallery, but as Hughes himself acknowledges, ‘The distinctions [between type, illustration and design] tend to be somewhat moveable or blurred in my case, which is how it should be. I’m not doing a Greatest Hits and I’m not just playing tracks from my new album. It’s somewhere in between.’ The bulk of the work will be high-quality digital prints in limited editions, all of which will be for sale. The Coningsby Gallery prides itself on being one of the few places that consistently shows the work of illustrators and Hughes is refreshingly laid-back about the whole thing, ‘It’s been ten years since the last show, and when Andrew Coningsby invited me out of the blue to put one on at the gallery it seemed like a good idea.’

Besides the show, Hughes has been working flat out on a new imprint for DC Comics and some Japanese interiors magazines. More tantalisingly, he says that there’s the ‘possibility of a return to comics after an eight-year absence, with Grant Morrison at the writing helm.’ Morrison and Hughes wrote and drew respectively Dare, an eight-part updating of the classic Dan Dare stories from the 1950s that appeared all too briefly in the short-lived Revolver magazine.

Pressed for more details, Hughes replies that not only is it ‘top secret’, but that he probably ‘shouldn’t have mentioned it yet’ either. He enjoys the collaborative process and maintains that ‘a good writer will stretch you artistically while still writing to your strengths’.

On the question of influences and whose work he’s taking in at the moment, Hughes reveals a list of all-time American illustration greats like Bob Peak (who did the artwork for the Apocalpyse Now and Star Trek: The Motion Picture posters), Robert McGinnis (best known for his paperback cover illustrations) and Jim Flora (who designed jazz album covers in the 1950s). The other name that crops up is 19th century Japanese painter and wood engraver Katsushika Hokusai, considered to be one of the outstanding figures of the Ukiyo-e, or ‘pictures of the floating world’ (everyday life), school of printmaking.

This workaholic designer, illustrator and typographer would also like to get involved in toy designs. So when would that be? ‘When I get a breather, they’re next on the list,’ he jokes.