Grafikmagazin, a print magazine which explores the world of design, has launched with art direction which seeks to surprise readers every issue.

The new title arrived after the merger of Novum World of Graphic Design and Page, which meant that Novum would no longer be an independent title. The magazine’s editorial team decided to set up a new title: Grafikmagazin. 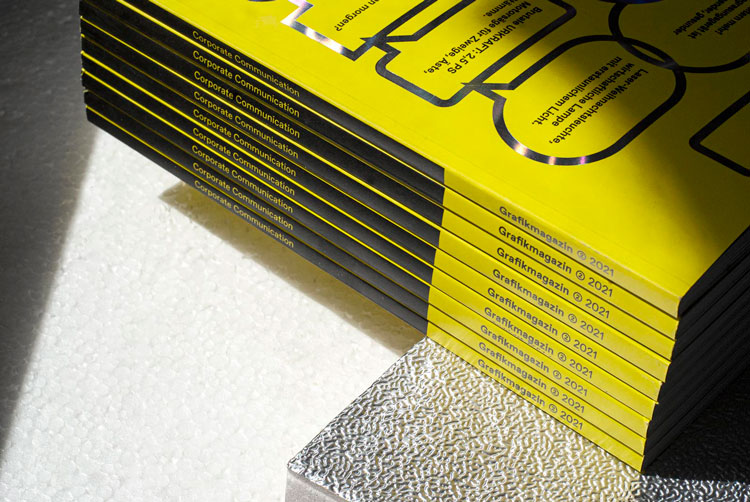 Aimed design professionals and students, the title showcases work from various fields such as type and illustration. Each issue focuses on a single topic; so far themes have included The Digital Museum, Corporate Communications and What’s Cooking?

Designed with “plenty of freedom to play” 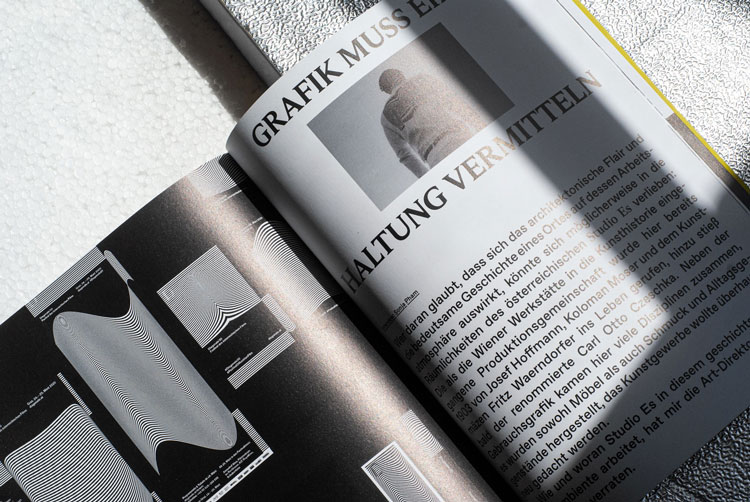 According to the magazine’s art director Tobias Holzmann, the magazine is laid out to give readers a “kind of orientation” over issues.

While content sections are relatively permanent, the layouts within these can differ from issue to issue. “It gives me plenty of freedom to play with graphic elements such as typography, illustration or images,” he says. 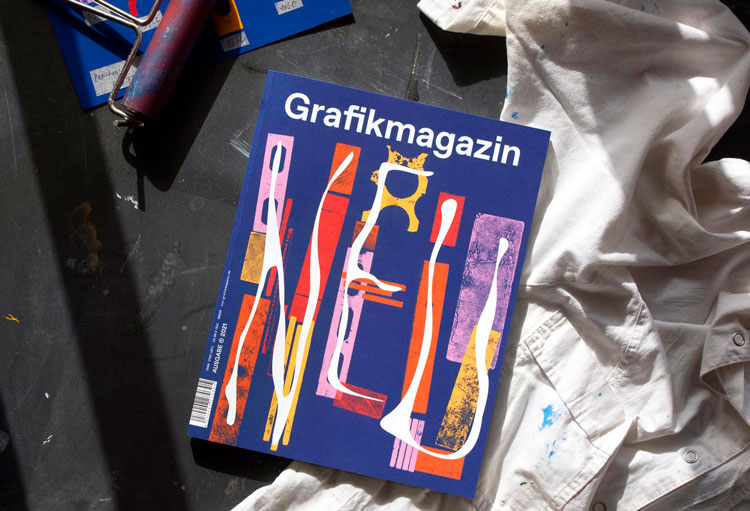 One permanent feature of the new magazine, the masthead, allowed Holzmann to explore typography. Once the name had been decided, Holzmann found the typeface Favorit from Swiss type foundry Dinamo.

“We love its nice ligatures and with its fresh look, I placed it on the cover as big as possible,” he says. Holzmann was drawn to the “subtle oddities” revealed on closer inspection such as the ‘G’ letterform. The editorial team decided to keep the masthead as simple as possible and did not add any additional elements, he explains. 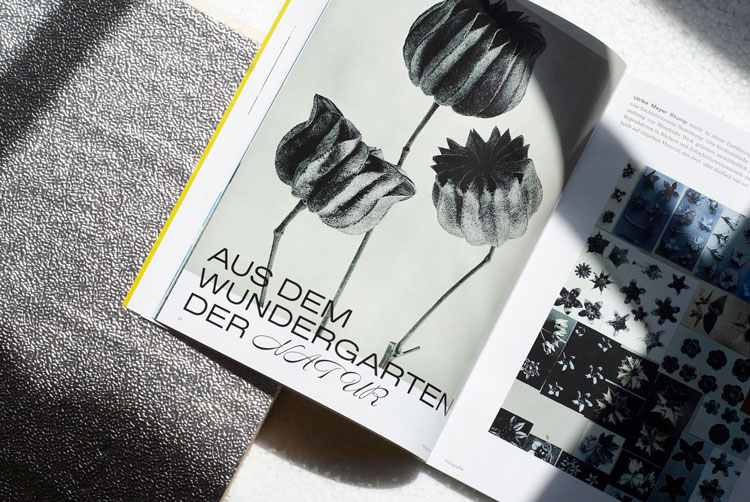 The typeface Arizona, also used by Dinamo, is mostly used for body copy inside the magazine. Holzmann uses a third experimental typeface each issue in the section Design & Research. One example of this is Unknown, from designers Alexander Raffl and Lukas Haider, which suited the experimental and research-based projects in the section, according to the art director.

While the covers reflect each issue’s theme, Holzmann says that he doesn’t like to make the design “too obvious”. “I like them best when you maybe have to look a second time to know what the issue might be about,” he adds. 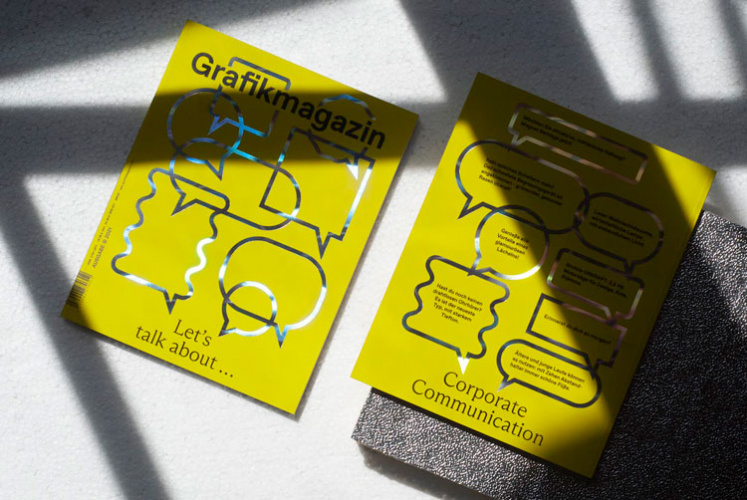 For the issue on Corporate Communications, the yellow cover features a series of speech bubbles printed in a reflective silver foil. “The design itself is very minimalistic,” he says, “but in combination with the bright colour of the paper and the hot foil stamping, it looks quite impressive.”

On the back of the magazine, the same speech bubbles are filled with excerpts from spam mails the editorial team has received in the past year – as a way to show how “corporate communications should not be done,” Holzmann says. 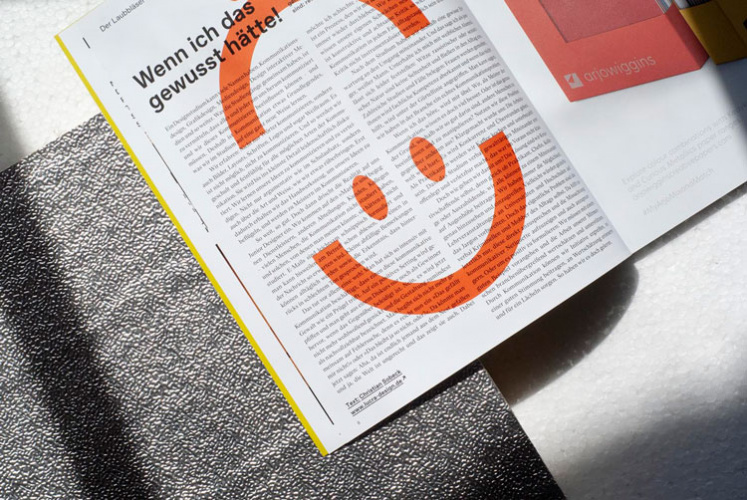 Launching a print magazine in 2021 means that the team has put an emphasis on the magazine’s material finish. “We think that print still has the right to exist, but it has to be used in the right way,” Holzmann says. “A lot of print products get a quick look and are then thrown away.”

The magazine’s covers are made from a different material and printed with distinct techniques each issue, he explains. “We can surprise our readers with something new every time,” Holzmann adds.

This ambition is echoed for the inside pages. For the main section, a matt paper is used while the photography section features glossy paper which helps to brighten the colours, Holzmann explains. 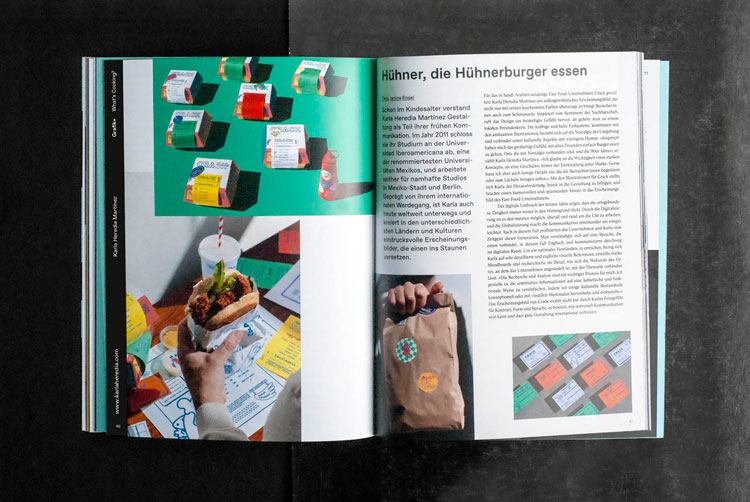 Different papers are used every issue for the Print & Publishing section so that readers are “really able to feel what distinctions paper can have,” he adds.

“With our magazine we wanted to achieve a momentum in which people take their time to read through the articles and also appreciate the materials that are used to produce such a product,” Holzmann says.

Grafikmagazin is available in German, and can be bought as a physical or digital edition on the magazine’s website.