Cub was founded by Fraser Davidson and Ben Skinner in 2014 and has produced animation work for brands ranging from Revolut to Facebook.

In 2013, the Brighton-based animation studio won a BAFTA as part of its work on the BBC show The Revolution Will be Televised.

According to O Street senior designer Tessa Simpson, the rebrand’s main challenge was integrating a bear character into the logotype “without compromising on legibility”. 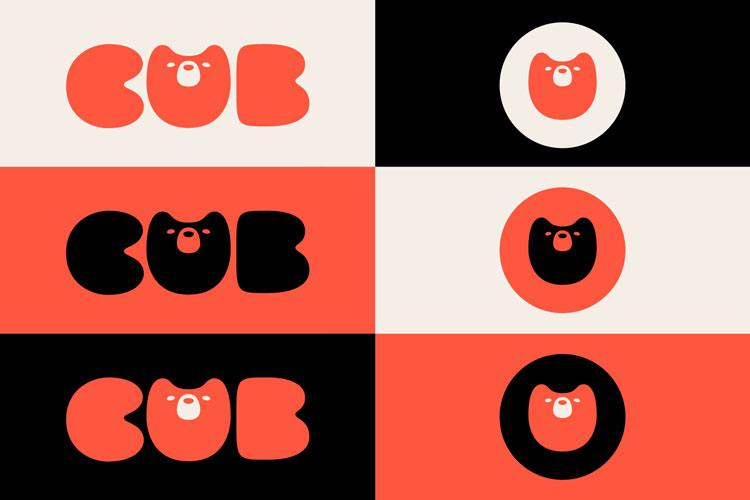 The studio explored a few different options, including a logotype that incorporated abstract features of a bear. In the end, using negative space in the ‘U’ as the bear’s muzzle worked best, Simpson explains.

From there, the design team worked to balance the letterforms and the bear face. “We found that the more abstract approach worked best, taking away the counters of the other two letters to create the curved bold shapes,” Simpson says.

The new logotype also drops the ‘studio’ suffix of the previous design. 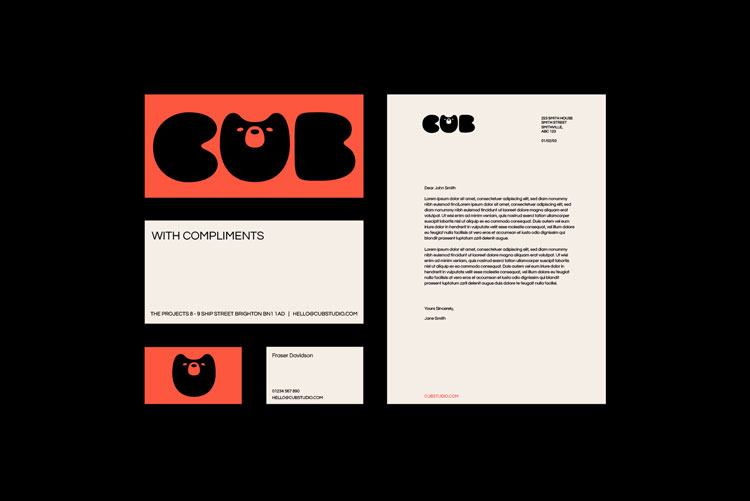 As Cub works with a variety of colour in its animation work, a “single bold colour approach” has been adopted rather than a wide-ranging palette, she adds.

While a few “bright bold” options were considered, Cub chose an orange for the new identity, Simpson explains. This shade has been used on a series of illustrations of the team on Cub’s website.

Questrial has been chosen as the new typeface, picked for its “nice geometric feel” which matches the shape of the logotype, according to the designer. It also has an “honest, open feel in its own right”, she adds.

After the identity had been completed by O Street, the logotype was animated by the team at Cub. These include 3D versions as well as a fluid animation on Cub’s website.

“Pretty soon after we shared the final logotype designs, Ben and Fraser were already bringing it to life in 3D motion and playing with how the brand could move,” Simpson says. “It felt like a really collaborative project.”

O Street has also created templates and a style guide for the animation studio in an attempt to apply the rebrand consistently.

What do you think of Cub’s rebrand? Let us know in the comments below.