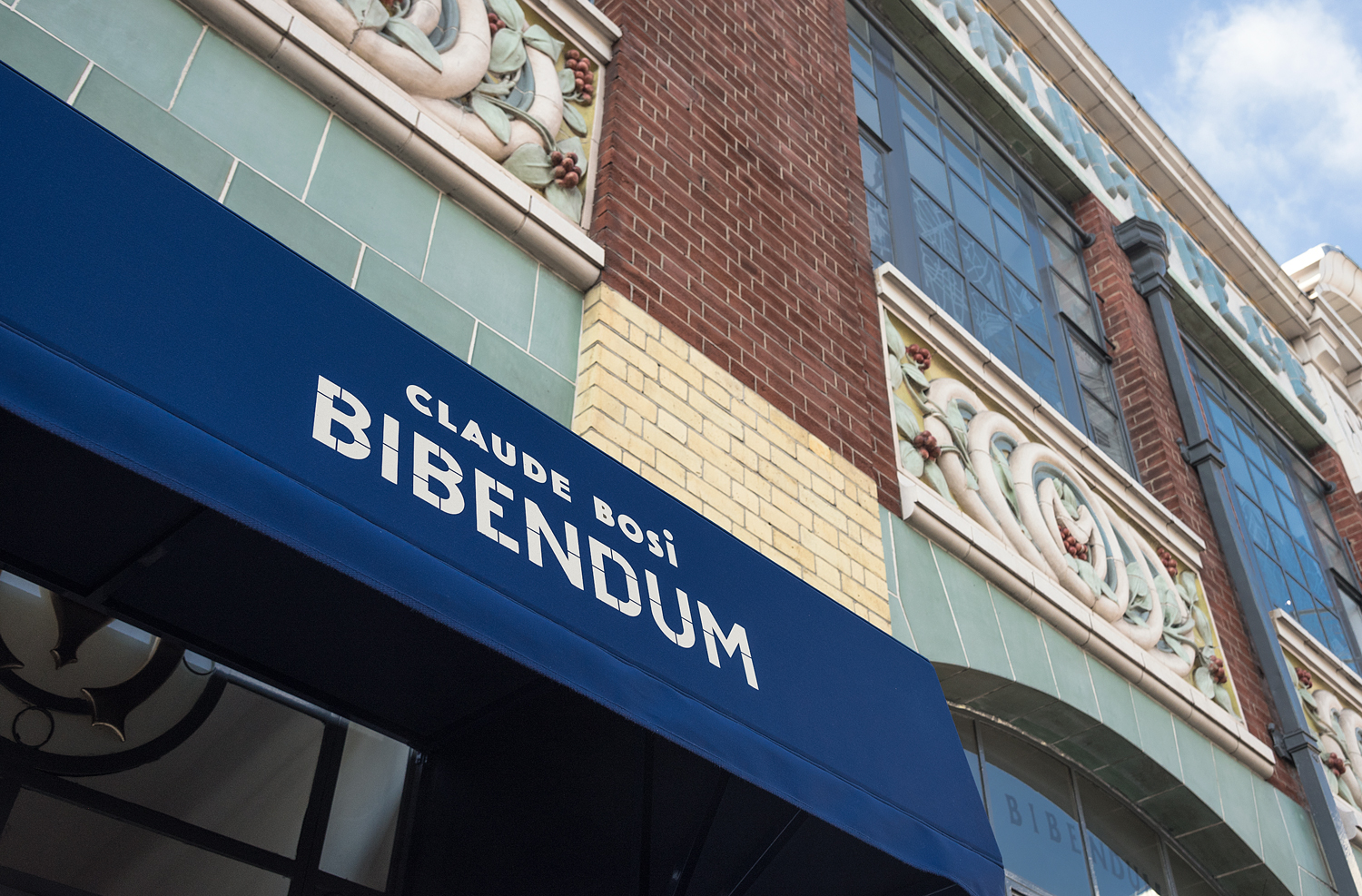 Bibendum, the flagship Terence Conran restaurant, which first opened in 1987, has been rebranded by The Counter Press as part of its reopening.

Bibendum is located at the François Espinasse Art Deco and Art Nouveau building, which was built in 1911 and features mosaics, ironwork, tiles, and stained glass windows.

It is this that has inspired the new identity and the logotype in particular draws on the tiled lettering that sits in the top of either side of the building.

The Counter Press designer Elizabeth Ellis says: “We started by tracing these 3D letterforms but then adjusted and simplified them so that they would work better as a word mark, especially at small sizes.

“It’s more of a faithful interpretation rather than a straightforward reproduction. Instead of creating a logo and turning it into new signage, we took old signage that was already there and turned it into the new logo.”

Grid taken from brickwork and tiles

The brickwork and tiles from the building informed a grid pattern seen in the identity, which also shares a blue and white colour palette.

The Michelin Man character found in the stained glass of the restaurant is a supporting element within the brand.

Chef Bosi has been brought into the branding. His name is used on its own and can also be written as “Claude Bosi and Bibendum”, a phrase found on the exterior awning, menus and cloakroom tokens.

“For Claude’s identity the inspiration came far more from him and his food; robust yet refined, classic but with a twist. It’s a simple, uncomplicated mark.” says Ellis. 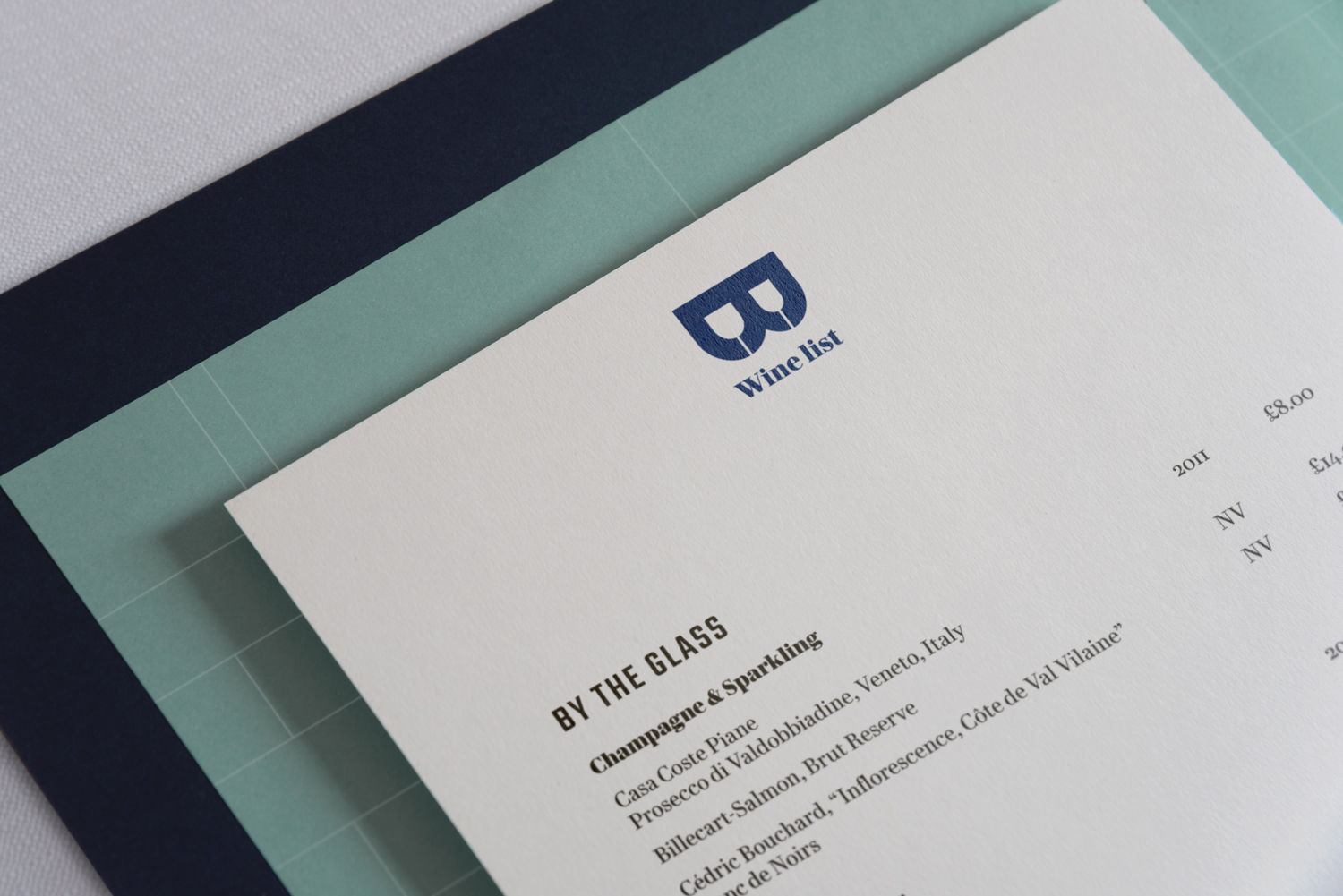 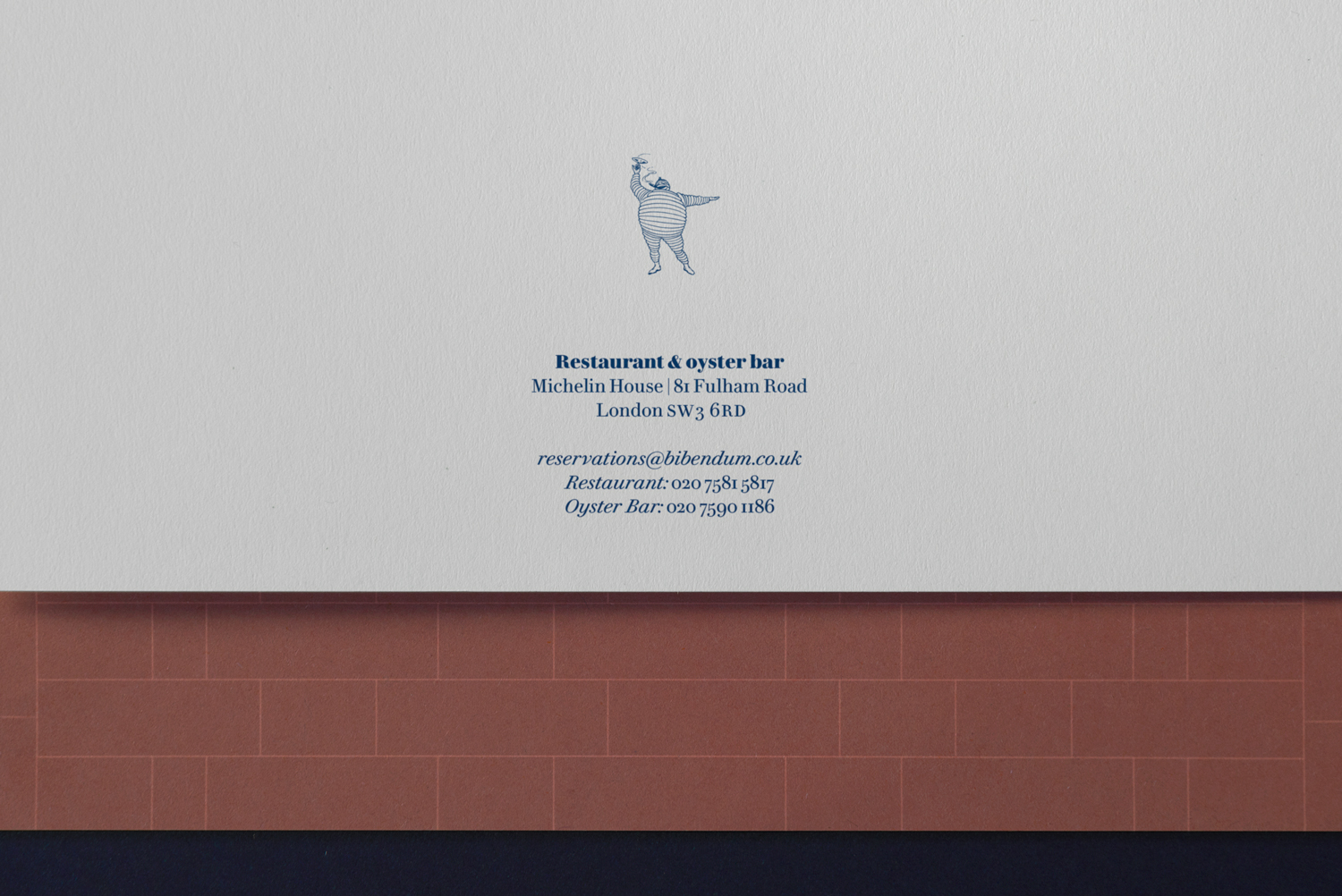 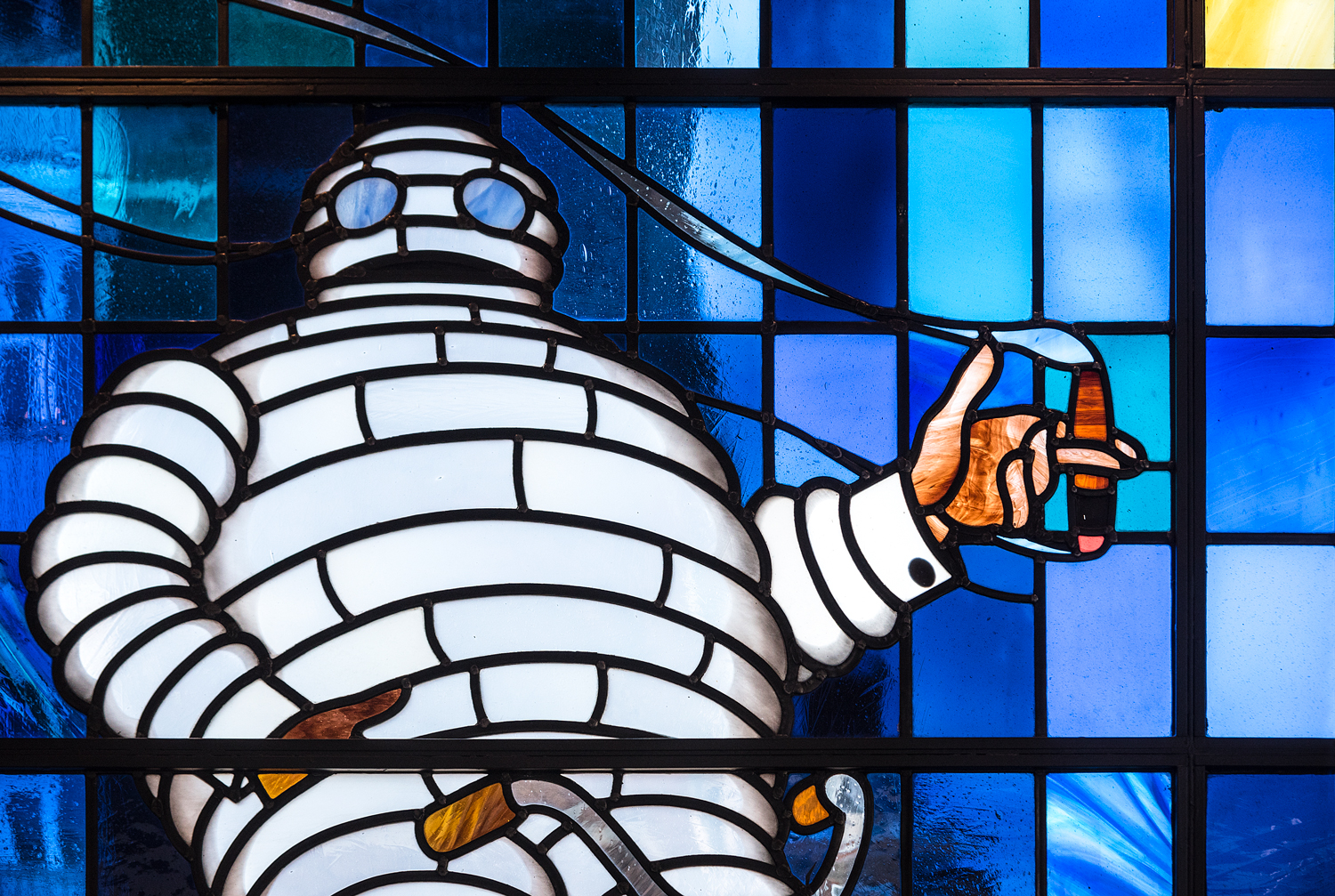 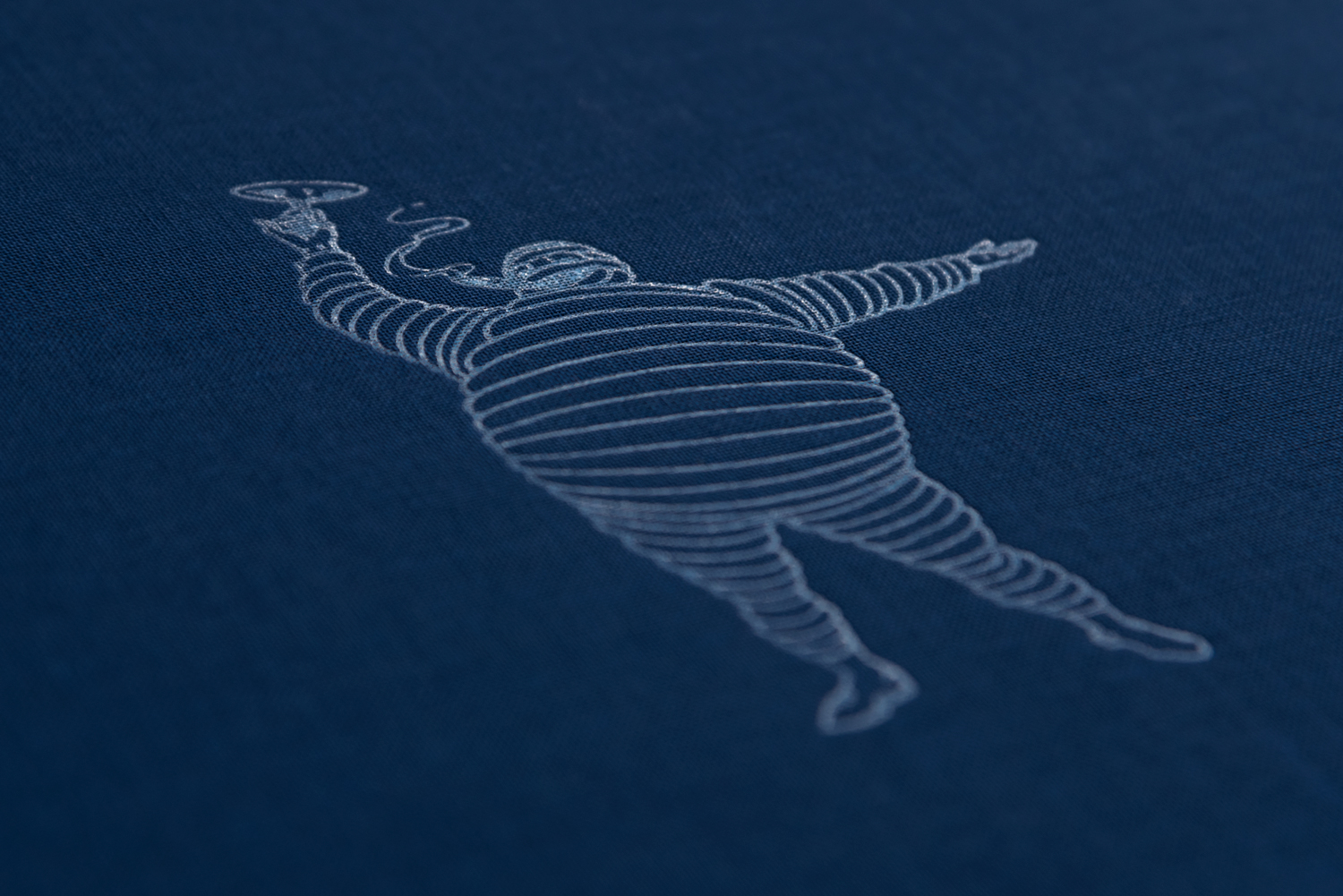 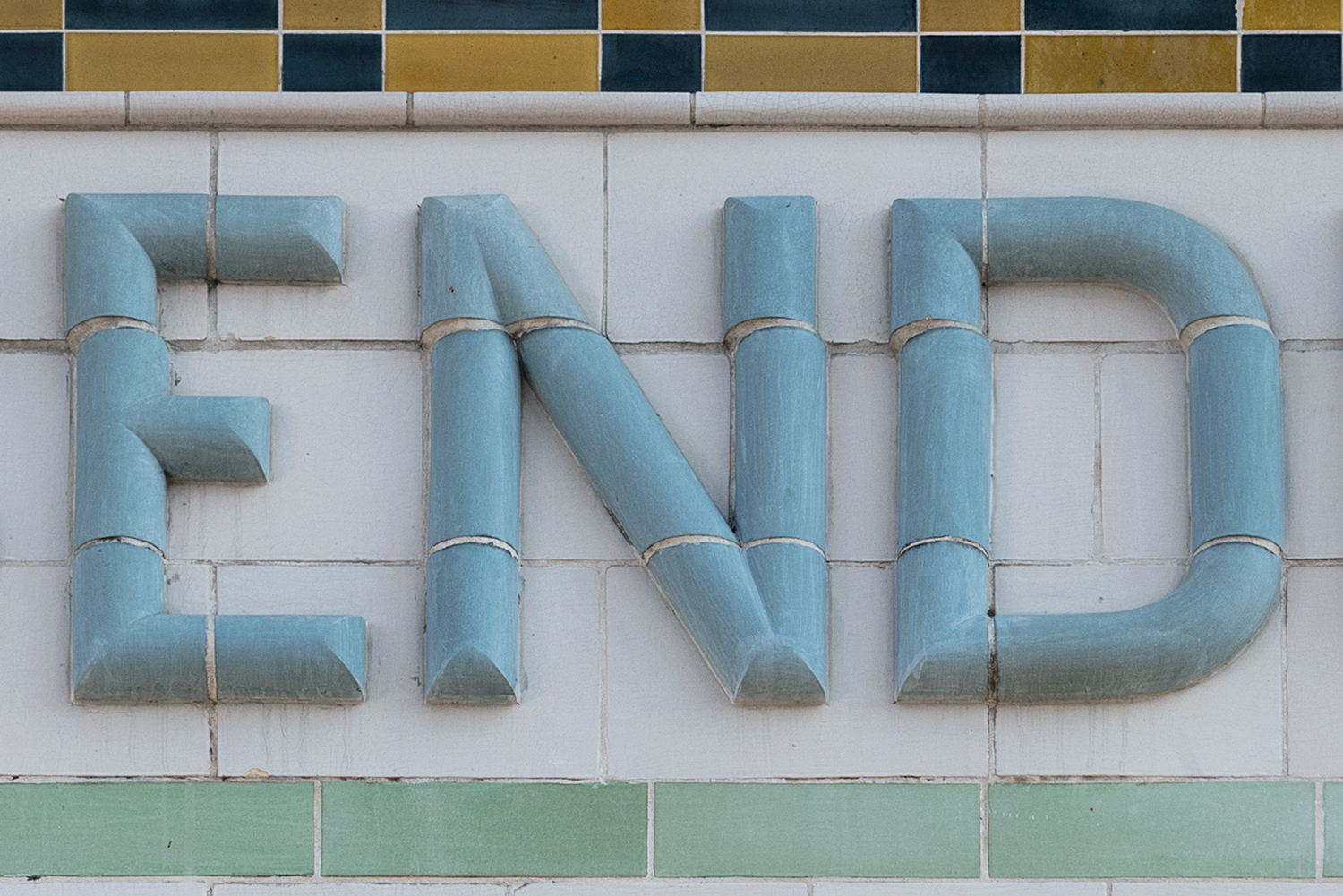 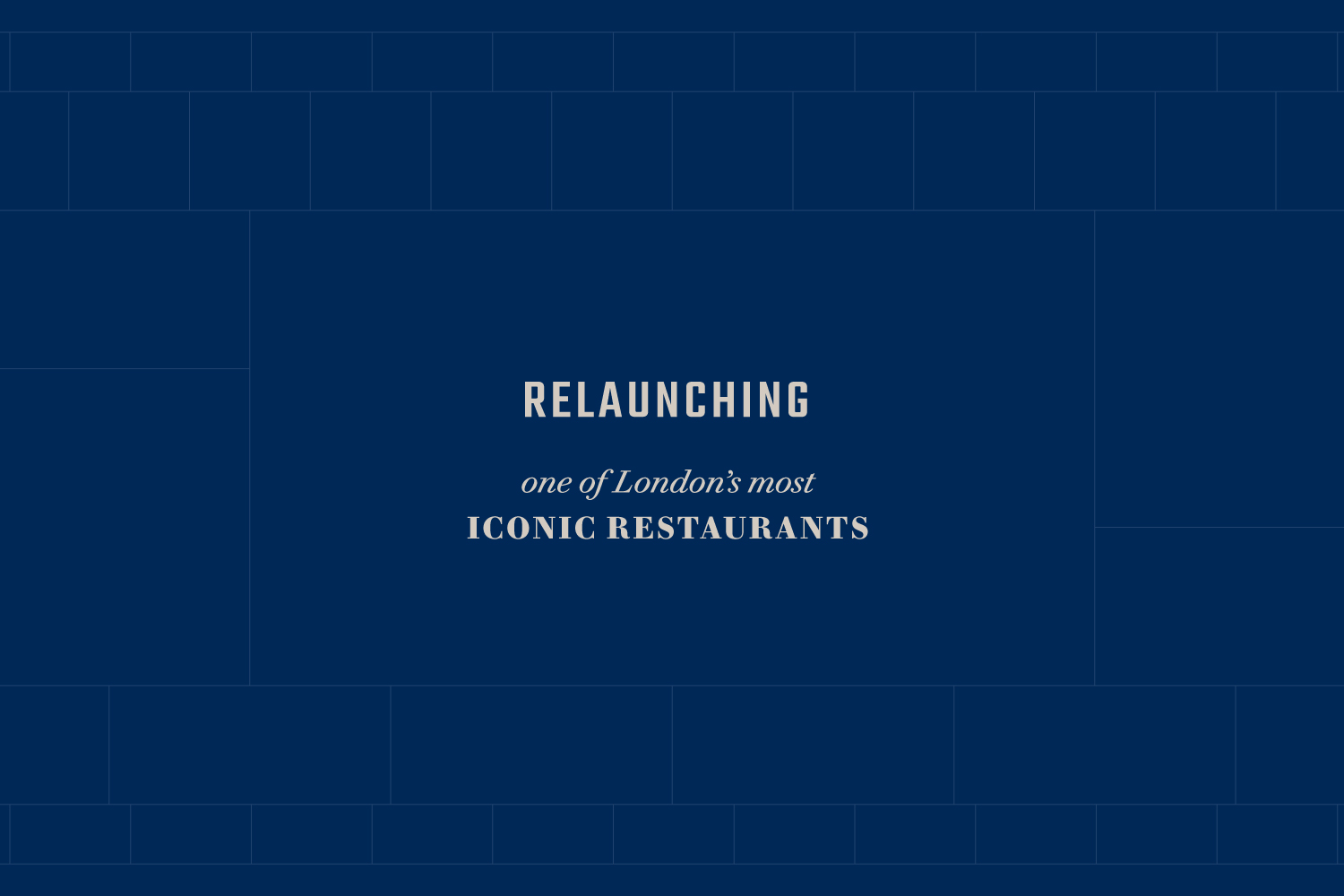 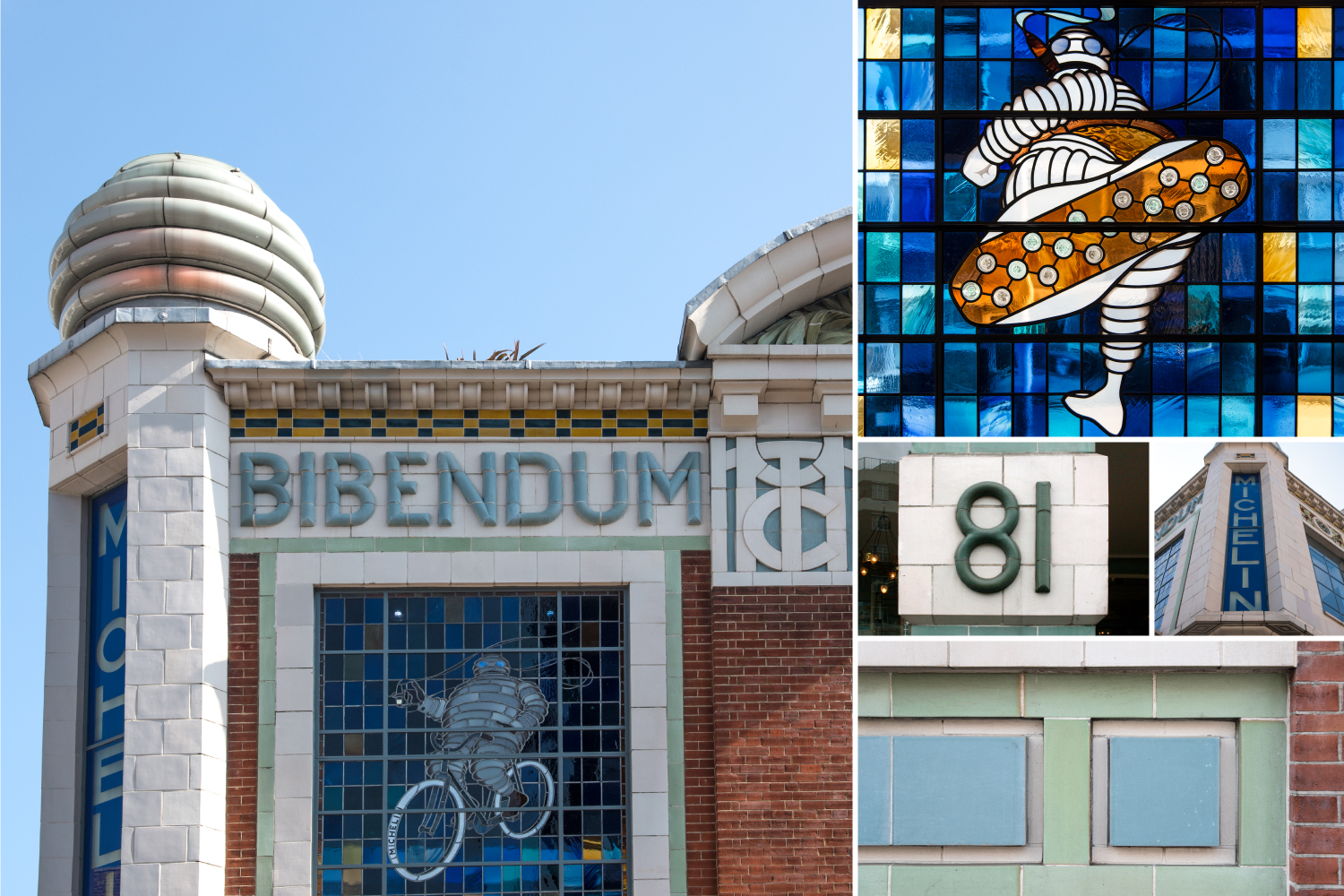 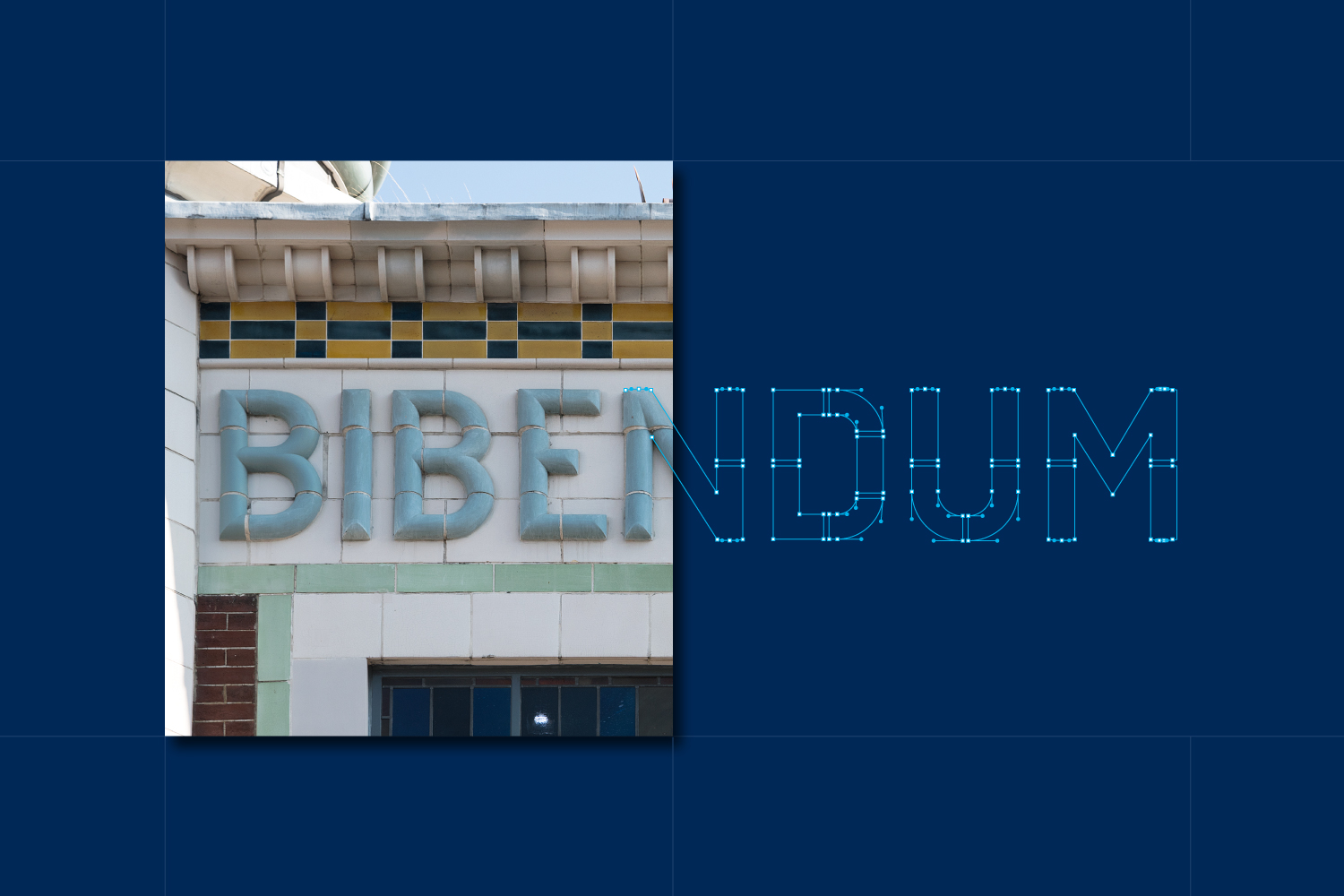 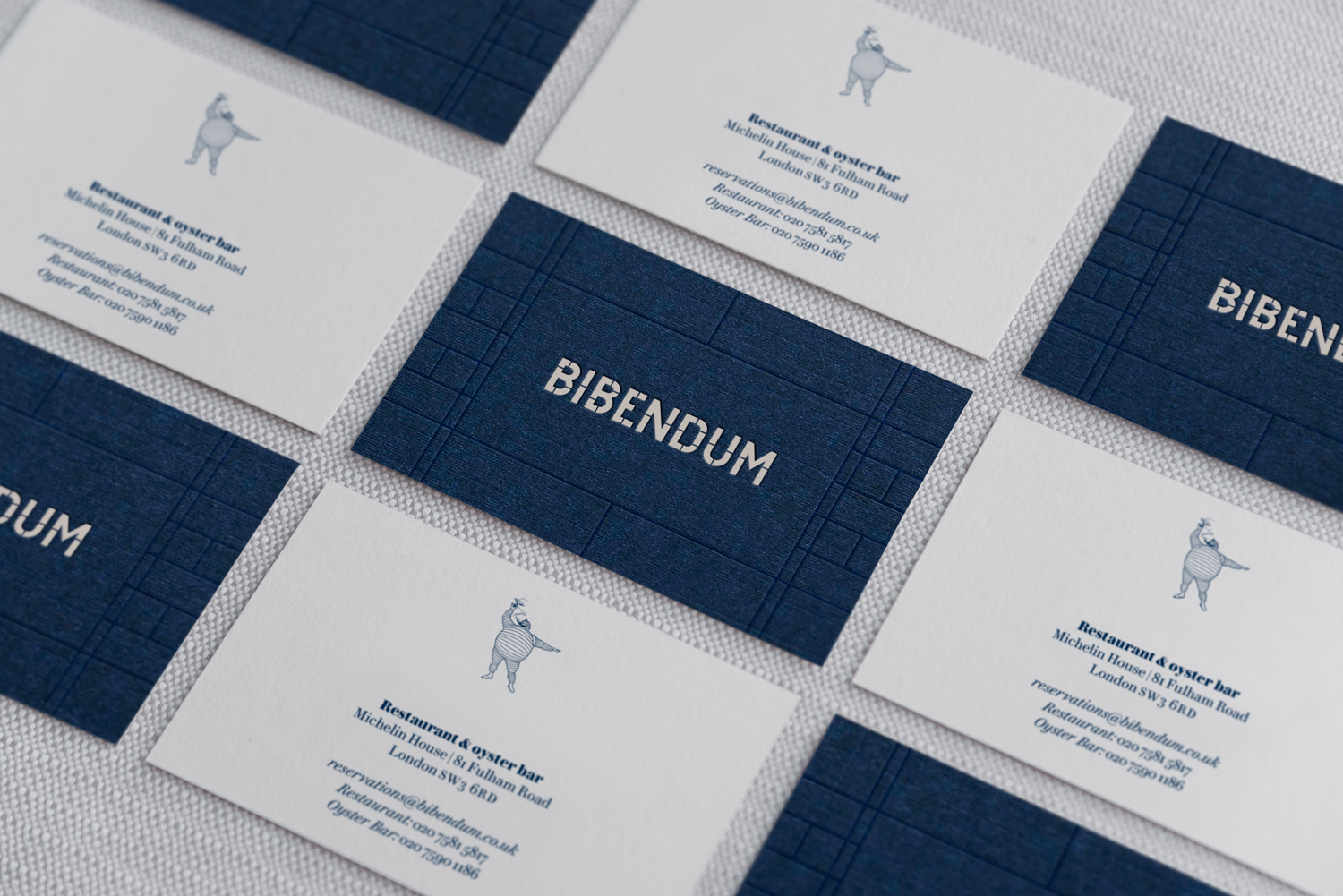 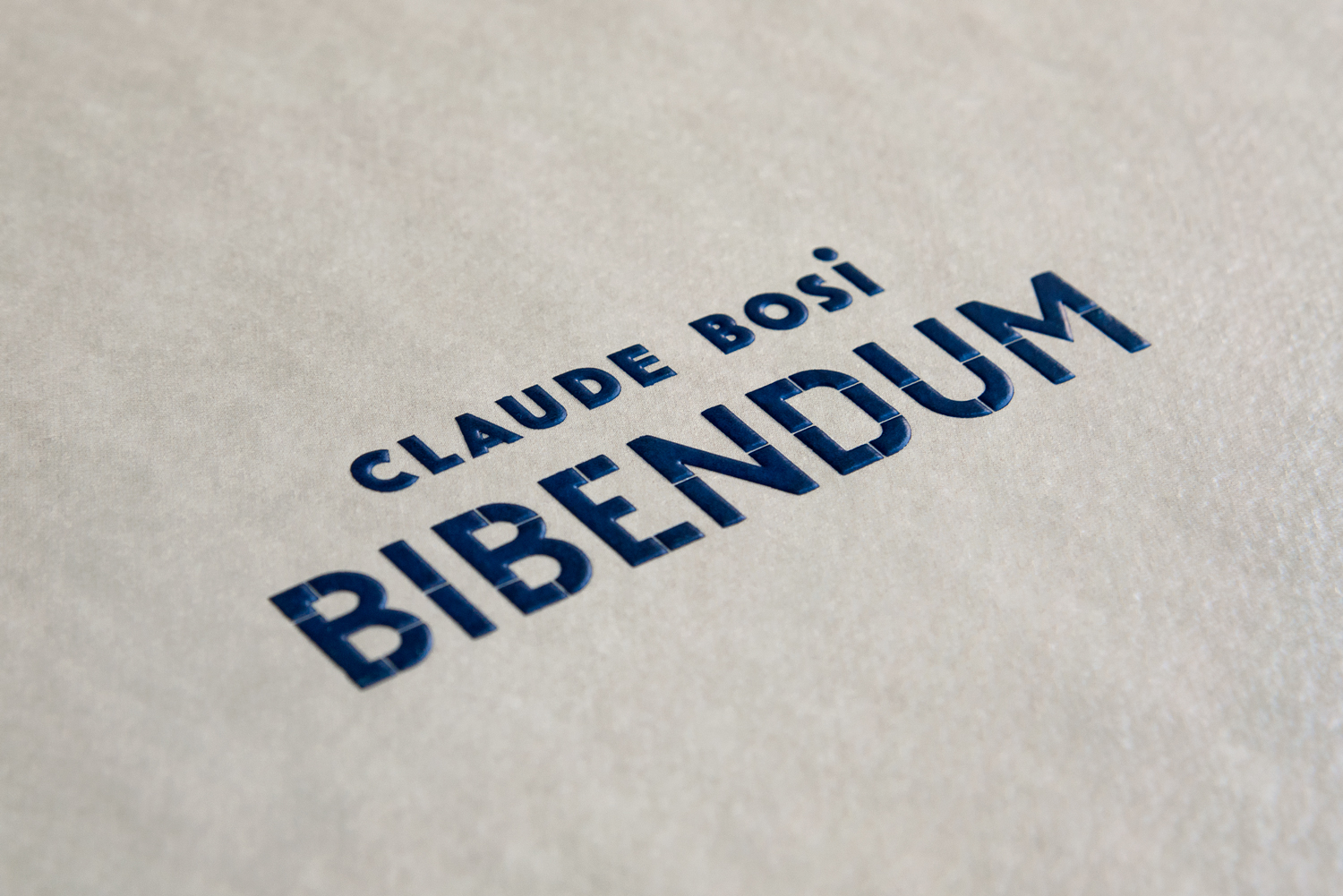