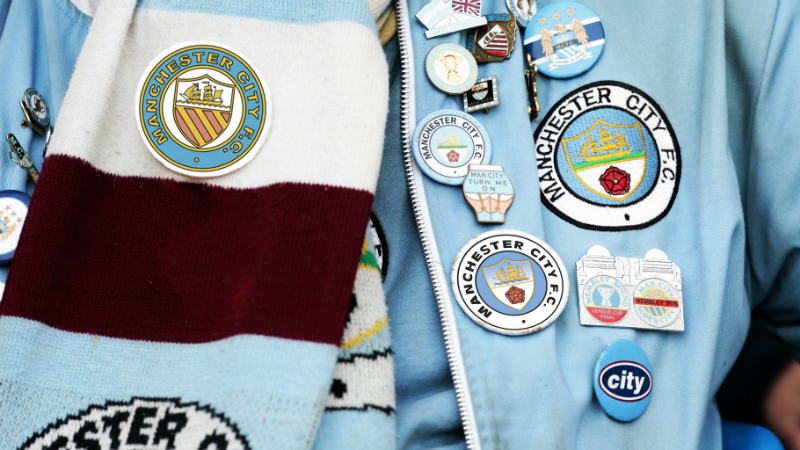 Premier League football club Manchester City is in a “wide-ranging consultation” with its fans over a possible redesign of the club crest.

The process began over the weekend and will continue for the next four weeks as “Cityzens” (club members), submit responses to a detailed questionnaire exploring each element of the badge.

A physical consultation space has been created in City Square and another at the club’s ground The Ethiad Stadium, while fans can also submit their views online here. Meanwhile non-Cityzens can share their thoughts here.

The current crest was designed in 1997, just before the now Premier League club dropped down to Division Two, the third tier of English Football.

It was a radical departure from the crests, that preceded it and saw the introduction of an Eagle “to reinforce the historic connection between Manchester and Ancient Rome” according to the club.

The Eagle hadn’t been seen on a City badge since the 1960s, when both Manchester clubs used one.

The three stars have no purpose

“Superbia in Proelio” or “Pride in Battle”, the club’s original motto, was added along with three stars, purely for style.

Stars on badges tend to have a link to titles or cups won but that is not the case with City’s current crest.

Meanwhile the acronym M.C.F.C was introduced, the ship was retained and blue rivers reintroduced. The ship and the rivers derive from the original Manchester coat of arms.

Copyright was the reason for the last redesign

The current logo was made so different to protect intellectual property as it was made up of new ownable assets.

The club says it is unable to confirm whether the services of design consultancies will be sought following the consultation.

Music is Manchester City’s brand guardian and has worked with the club for around ten years on projects including the branding of Cityzens and branded spaces inside the ground such as The Mancunian.