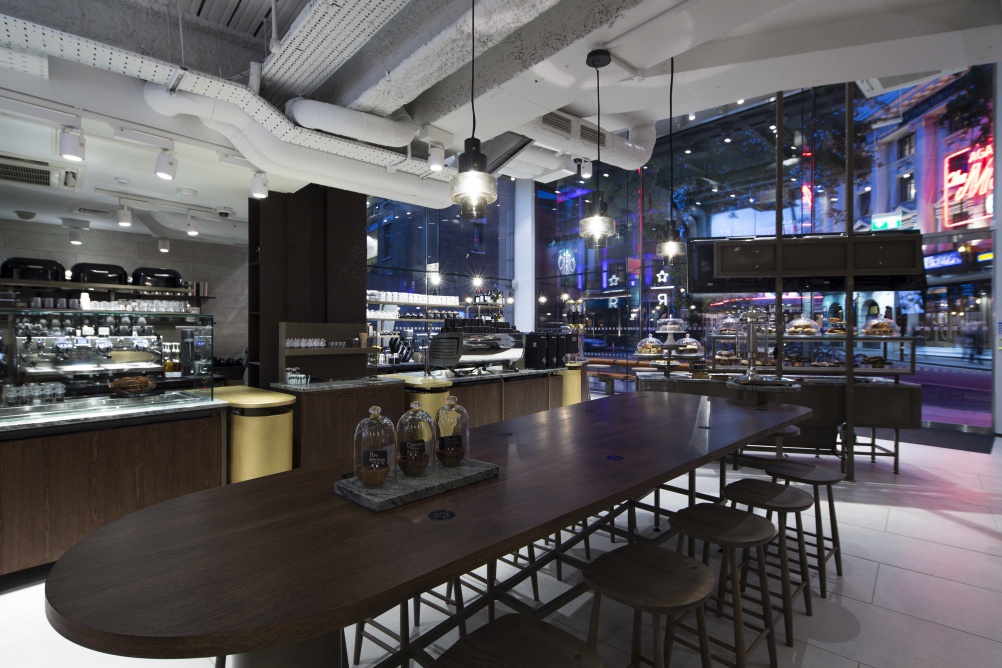 Starbucks has opened a new branch in London with an interior design concept that aims to offer “a theatrical experience” for its customers.

The Reserve “coffee bar” was created by Starbucks’ in-house design team, headed up by vice president of store design in Europe, the Middle East and Africa, Ad de Hond.

The store, based opposite the Noel Coward Theatre near Leicester Square, is an open-plan space, which mingles kitchen and seating areas together.

De Hond says this creates a performance for customers, but also introduces “transparency” to the store, in that customers can see how their drinks and food are made.

“There is an interaction between customers and the people who work there,” he says. “It’s all front-of-house – there’s no back-of-house. It’s all in-sight, which builds trust.”

The store also uses mobile ordering and payment, as staff take customers’ orders on hand-held iPads, resembling the payment method of Apple stores. Customers can pay with both card and cash.

The space includes floor-to-ceiling windows, which de Hond says adds to the “theatrical experience”, as people sit in the café and watch what’s going on outside. There is also an image and film projection on the wall of the store, which reflects off of the window opposite.

Based in Orion House, the space has also retained original parts of the building’s interiors such as raw metal furnishings and electrical conduits.

“We use a term called ‘undesigning’,” says de Hond. “Wherever we can, we use materials that are already there – we do that in most of our stores. We don’t have a concept with Starbucks, each store is designed individually.”

The store, which is selling an extended range of food, coffee drinks, kitchenware and now also beer and wines, also includes a wine bar with wireless smartphone charger points.

There are currently no plans to roll the interior design out to other Starbucks stores. 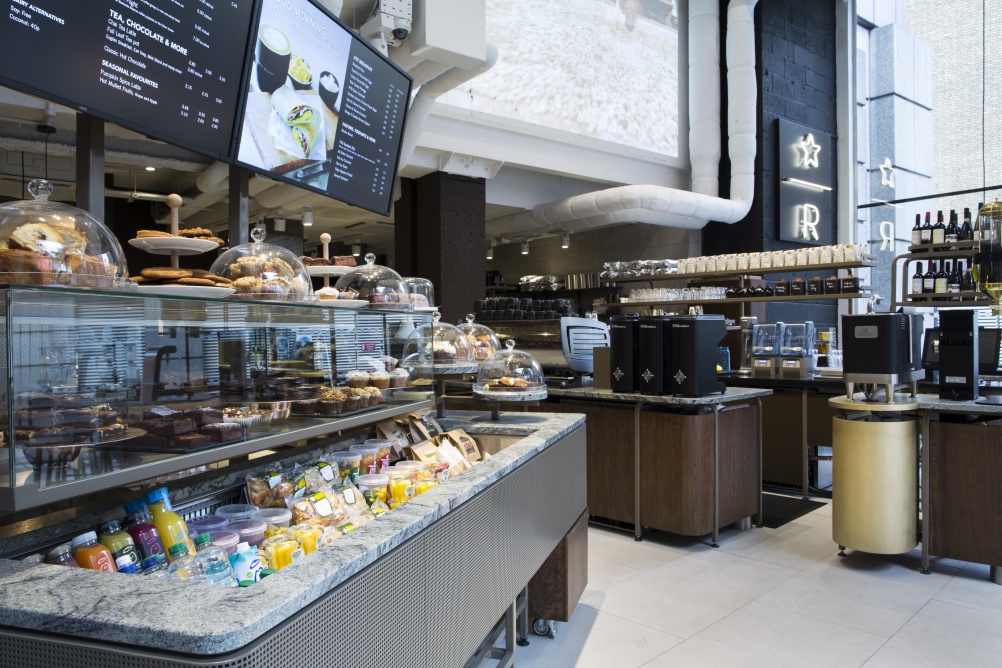 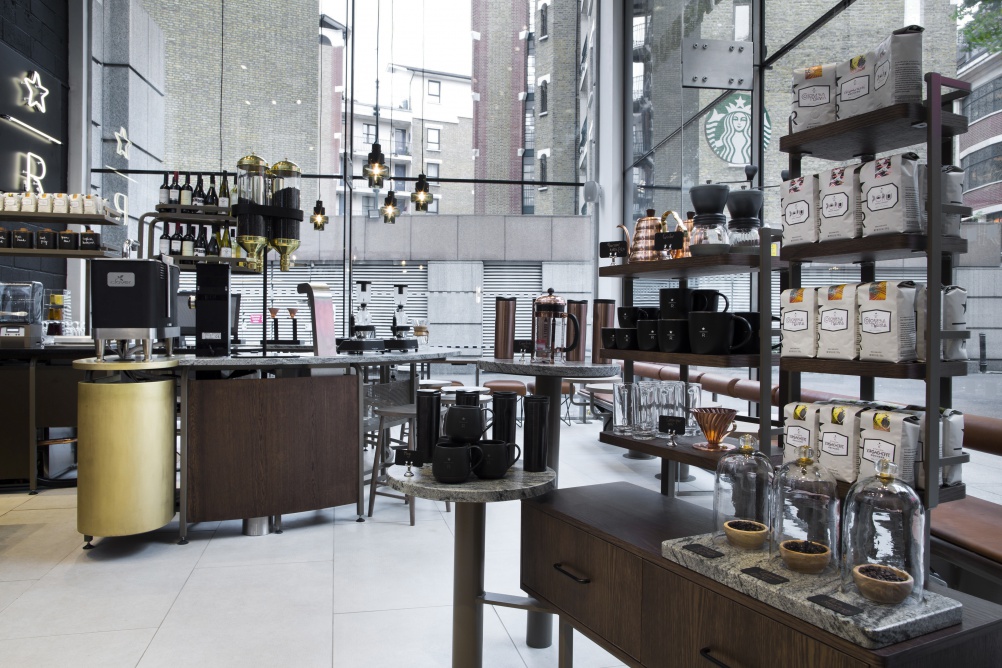 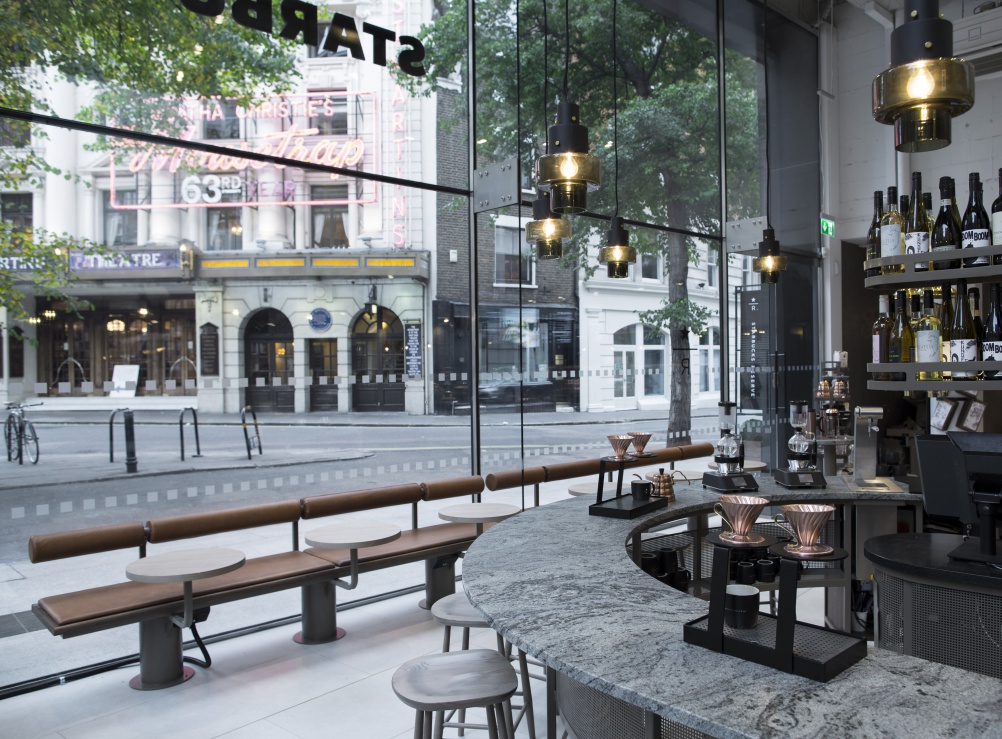 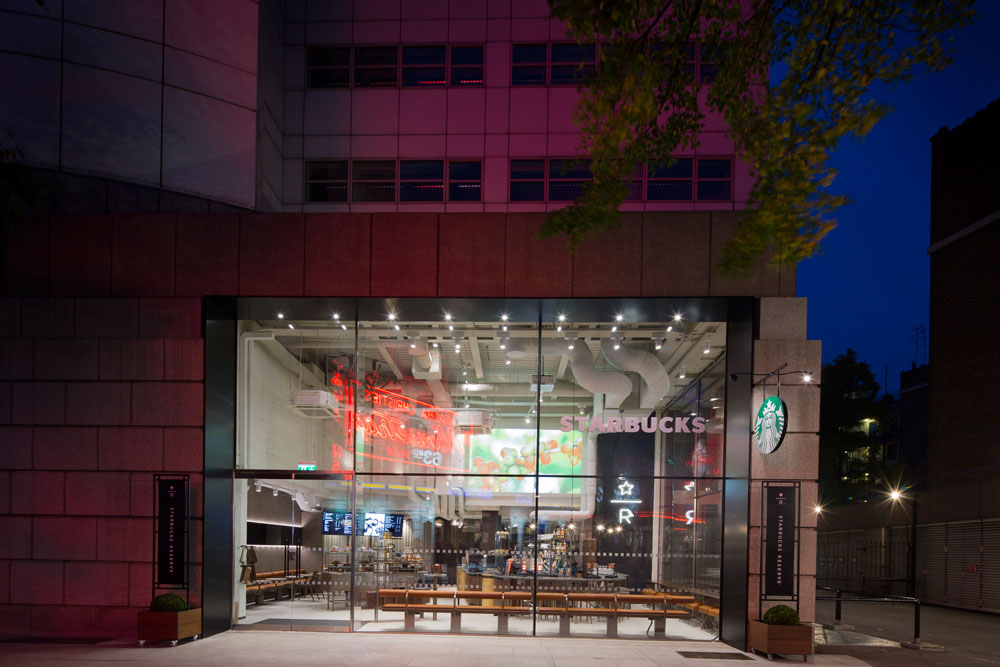 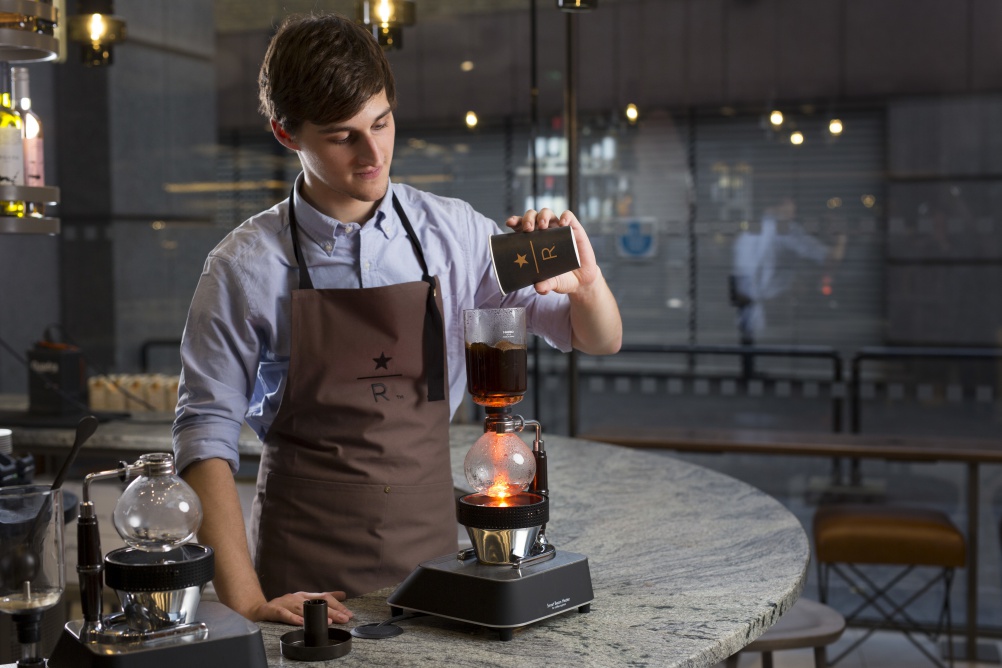