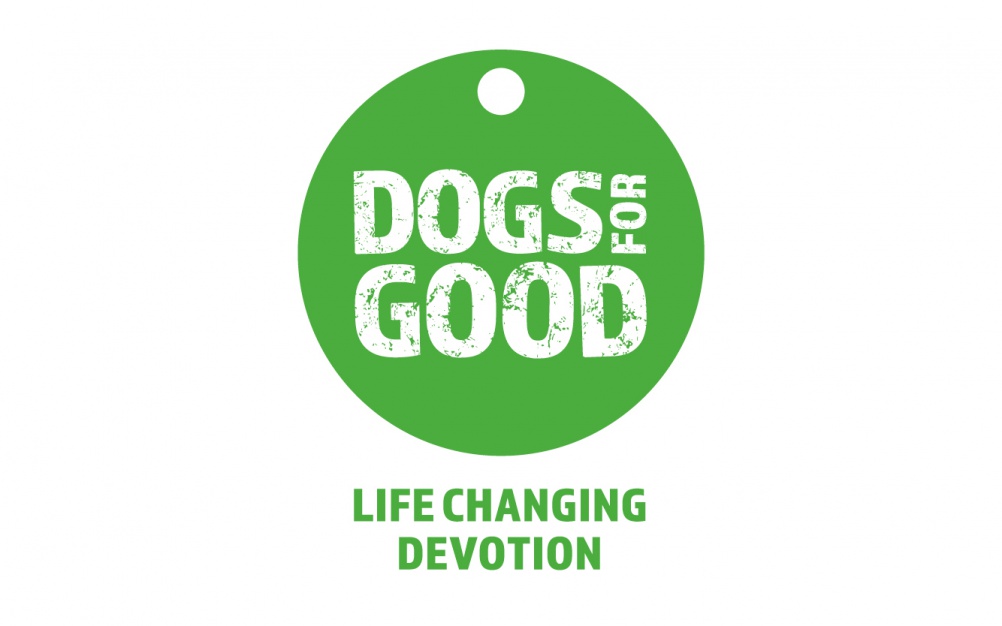 Charity Dogs for the Disabled has rebranded under a new name, with the aim of bringing more positivity and inclusivity to the brand.

Now called Dogs for Good, the charity was founded in 1988, and provides services such as training assistance, activity and therapy dogs for people with disabilities, and for schools and communities. 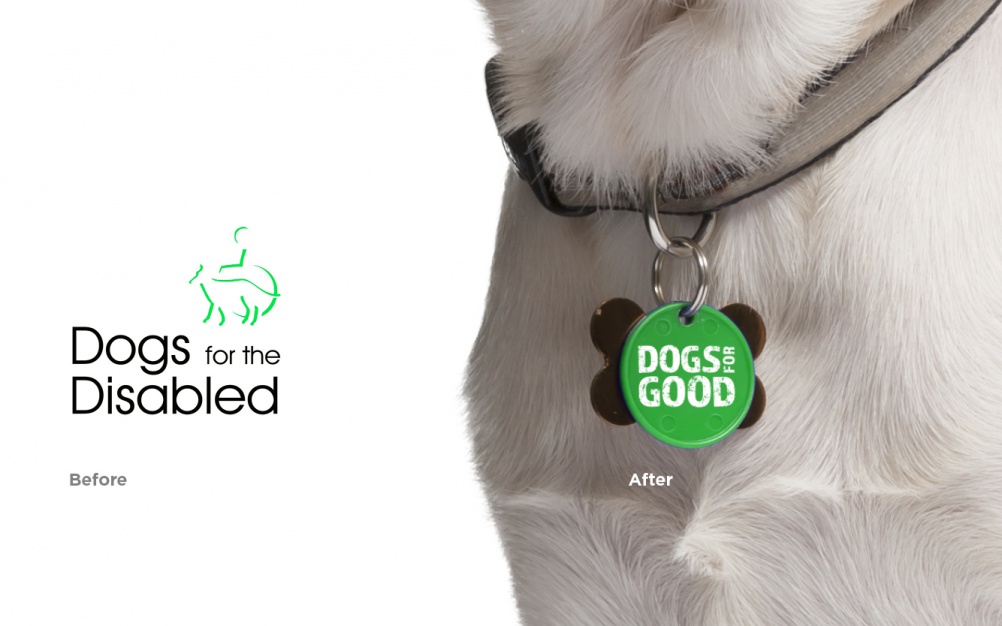 The new visual identity, designed by consultancy Fishburn, replaces the icon of a person in a wheelchair and a dog, with a green dog tag.

James Beveridge, executive creative director at Fishburn, says: “We wanted a strong, confident symbol that would be universally recognised and which could be worn by volunteers, the people they help and even the dogs themselves.”

The logotype has been changed from black to white, is bolder with a faded effect, and is now incorporated within the imagery, rather than next to it. Typefaces Almaq Rough and Foco by Dalton Magg have been used.

Fishburn says the new name “recognises that the language around disability is changing”, and so it now focuses “more on people as individuals rather than as ‘the disabled’”.

“Research discovered that people with disabilities felt than the name Dogs for the Disabled cast them in a negative light,” says Beveridge. “They felt they had the capability to live normal lives, and with a specially trained assistance dog, their lives would be even better.”

The consultancy adds that the new identity also aims to “better reflect the range of people the charity supports”.

Dogs for Good says that it hopes the new name will increase the charity’s visibility to the public, and increase its donations and fundraising ability.

Beveridge adds: “With this project, we were looking to create a brand identity which focused on the positivity of the charity’s cause.”

The new branding has been applied to marketing collateral, merchandise, fundraising materials, events and online touch-points, and has started rolling out across the UK. 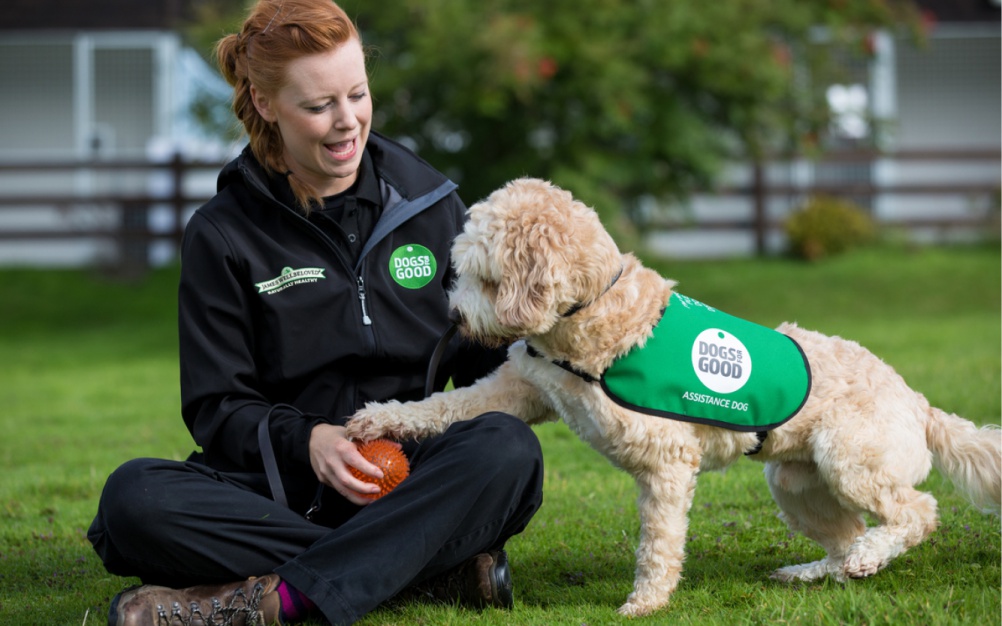 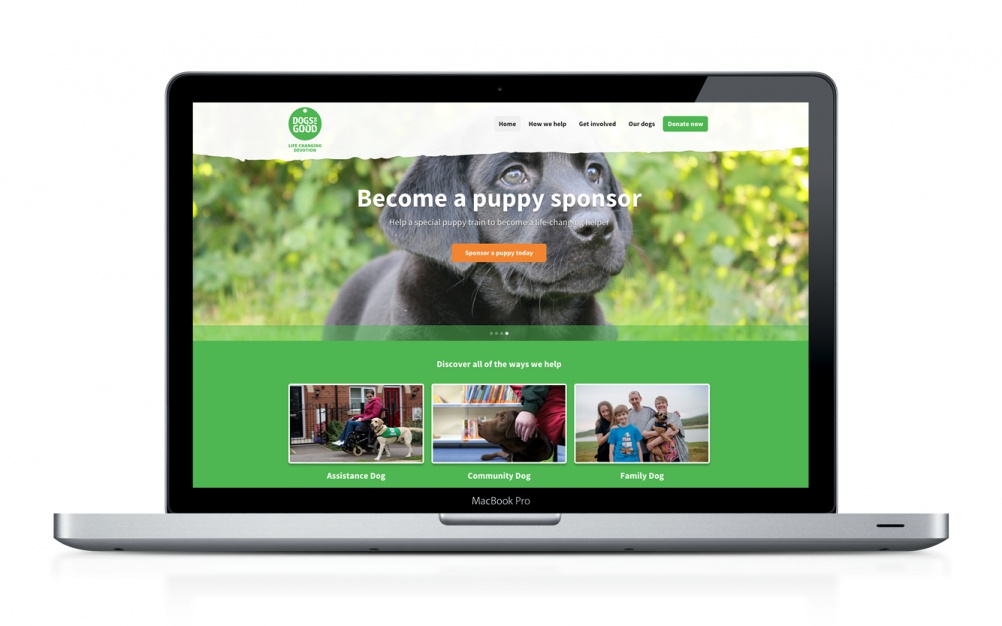 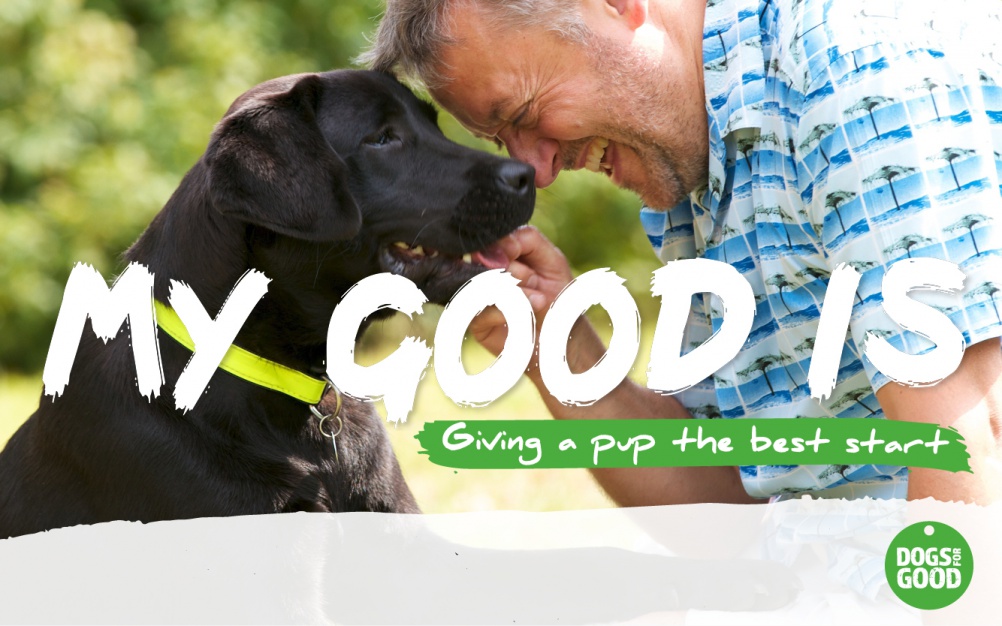 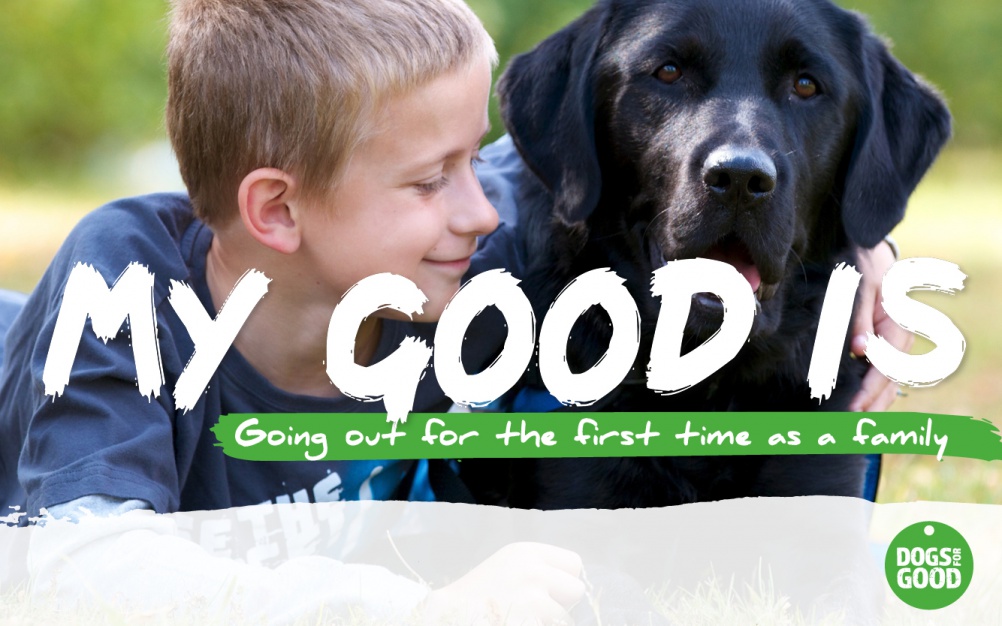 Fivefootsix prepares to shut its doors after ten years

A new identity for the William Morris Society

Tokyo 2020 launches public competition for Olympic identity – anyone can enter…