Beazley Designs of the Year 2020 has opened at the Design Museum, with 74 nominees showcasing the “most innovative” designs from the past year.

Now in its 13th year, the exhibition aims to highlight designs from the sectors of fashion, architecture, digital, transport, product and graphics, as nominated by the public and experts.

Unlike previous displays, this year’s show has been organised chronologically, starting from January 2019 and ending in January 2020.

Exhibition curator Emily King says that it “will offer a vital chance to recap where we were when the virus took hold”. “More than merely an assessment of the past, it will be a frame for exploring the future,” she adds.

The pandemic looms large over the exhibition even though the first case was only reported in December 2019 in Wuhan, China. Inspired by concerns like hygiene and sustainability, the nominated designs from 2019 have new relevance following the pandemic.

In September, Sum Ming Wong and Kin Pong Li designed a self-sanitising door handle which “minimises the risk of contact with harmful pathogens”, according to the Design Museum.

It does this through a UV LED lamp which is embedded in the handle. A custom-designed generator powers the technology and the handle lights up whenever it is moved to open or close a door. This is an active function rather than for show, and kills pathogens on the surface of the handle. It also has a “durable and stable” coating, the museum says, which means that it will not “degenerate on contact with bleach or sterilising chemicals”.

Based in London, Batch.works and Batch.shield from product designers Julien Vaissieres, Milo Mcloughlin-Greening and Salomé Bazin has also been nominated. Batch.works is a 3D printing manufacturer and its visor (designed in 2019) was widely distributed during the pandemic this year.

The designers hoped to “develop an alternative to centralised manufacturing” so that the visors could be made locally and so that they could track the materials being used more closely, according to the museum. They also “repurpose materials” in an attempt to reduce landfill waste.

Alissa Eckert and Dan Higgins’s 3D rendering of the novel coronavirus, commissioned by the US health organisation Centres for Disease Control and Prevention, has also been nominated. With its “infamous crown-like appearance of the virus”, the designers gave the virus a “beautiful yet threatening form”, the museum adds. They spoke to Design Week earlier this year about their design process. 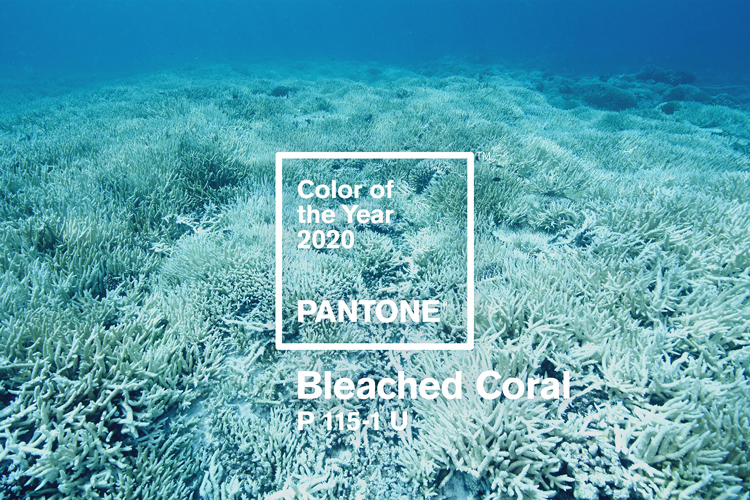 Responses to social issues are raised throughout the exhibition, from race tensions to the #MeToo movement. Some of the most notable are the graphic responses to these societal issues.

From June 2019, Stormzy’s stab-proof police vest – designed by British street artist Banksy – has been nominated. The rapper wore the customised design for his headlining set at Glastonbury’s Pyramid stage (when he became the first black British artist to perform here).

The police vest was sprayed over with a Union Jack, which symbolised how it could be “both a patriotic symbol and target”, the museum says.

Women and Heart Disease: Physician Bias and AI was inspired by scientific studies which showed that “women with serious cardiac symptoms do not receive sufficient treatment from medical centres”, according to the exhibition.

These studies showed that women often underplay their symptoms. Whereas a male patient is more likely to be descriptive immediately about his feelings, a female patient might provide wider context to their issues, according to research. Scientists worked with an illustrator to depict how these dialogues might go in the form of instructional posters which sought to address the discrepancy.

For 2019, Pantone announced its Colour of the Year would be “Living Coral” which was deemed controversial because of the widespread destruction of coral reefs around the world. In response to this, designer Huei Yin Wong and writer Jack Railton-Woodlock created “Bleached Coral” – an “off-white colour that coral morphs into when it is depleted”, the museum says.

The rise of biomimicry

The influence of the natural world has entered the design mainstream through biomimicry. And this year, the practice of learning from nature to solve human design challenges is illustrated in two nominees.

Luke Hale’s biomimetic neck collar is a 3D-printed collar that mimics the structure of bone. It is “light and strong” and “more response to patient feedback than traditional methods of manually casting, sculpting and moulding plastic”, according to the exhibition.

Likewise, modular wastewater-filtering tile Indus is inspired by the shape of a leave. Water flows through its vein-like channels, which are shaped by an algorithm as a way to optimise their ability to absorb pollutants. Algae in the tile absorbs toxic substances such as cadmium.

The “digital realm of lockdown”

According to the museum, another theme of the exhibition is the “shift towards spending more of our lives online”. The digital designs on display are diverse and go some way in showing how our lives adapted to lockdown in 2020 as people began to connect more through virtual methods.

One of the nominees is the Renegade Dance Challenge – a 15-second dance popularised on social media app TikTok – which shows both the viral and social possibilities of the app as well as the difficulty in attribution: the choreographer responsible for it was only credited some five months after it went online.

Two more popular culture-focused categories have been nominated: the sound design for television show Chernobyl and the VFX anti-ageing technology for Martin Scorsese film The Irishman.

Though not in a digital category, the set design for Parasite, last year’s recipient of Oscar for best film, has been nominated in the architecture category. Set designer Lee Ha Jun based the work on one sketch from the film’s director and created a design that “plays with the material density of class difference”, the museum says.

The public can vote online for their favourite of this year’s nominations. This year’s panel of judges includes designer Camille Walala, Google AI principle designer Matt Jones and Ma-tt-er founder Seetal Solanki and the eventual winners will be revealed in November.

Tickets cost £12 and must be purchased online in advance. For more information, please visit the website.