Trade show Design Junction is a wholly different affair this year, uprooting to King’s Cross where there is a new focus on several distinct types of design.

Although broadly speaking Design Junction is a trade show under the London Design Festival banner, it is looking to offer a lot more.

Having moved on from locations in central London at the Sorting Office and the former Central St Martins building, Design Junction has now fanned out across a 67 acre site in King’s Cross. 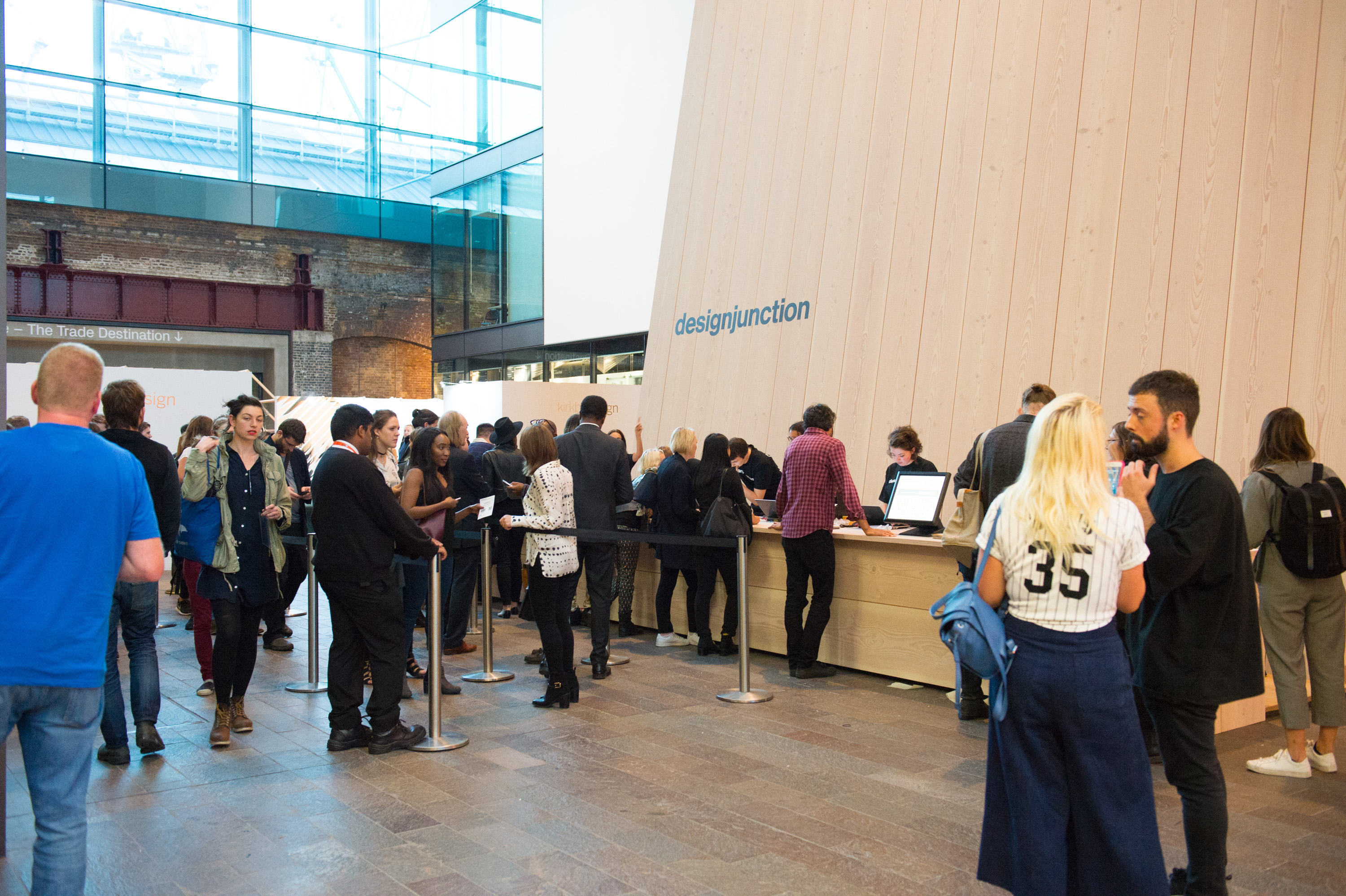 The registration area at The Crossing is also an installation by Michael Sodeau Studio for Dinesen. A mix of brands sit around it and all of them have made an effort to create some kind of installation for their products. 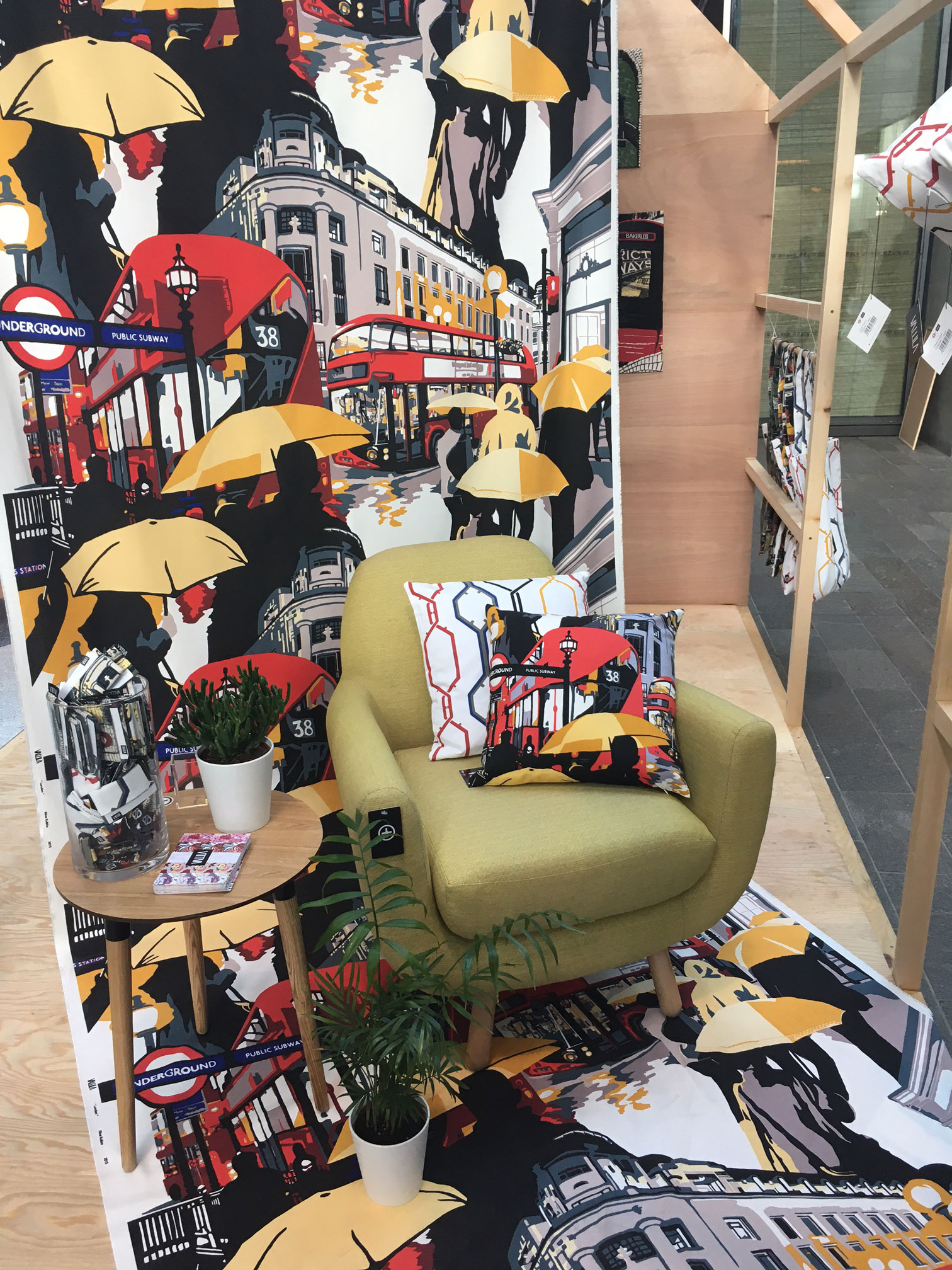 The TfL collaborations are probably the pick of the bunch. There are three separate licensed collaborations, each of which is demonstrated in a timber frame structure. Kirby Design has used a Piccadilly line moquette on a chair it has designed exclusively for Made.com.

Meanwhile Loris&Olivia has made pan mats and coasters from rubber train flooring and Vallila have created a series of bold prints, which have been fashioned into tea towels, cushions and the like. 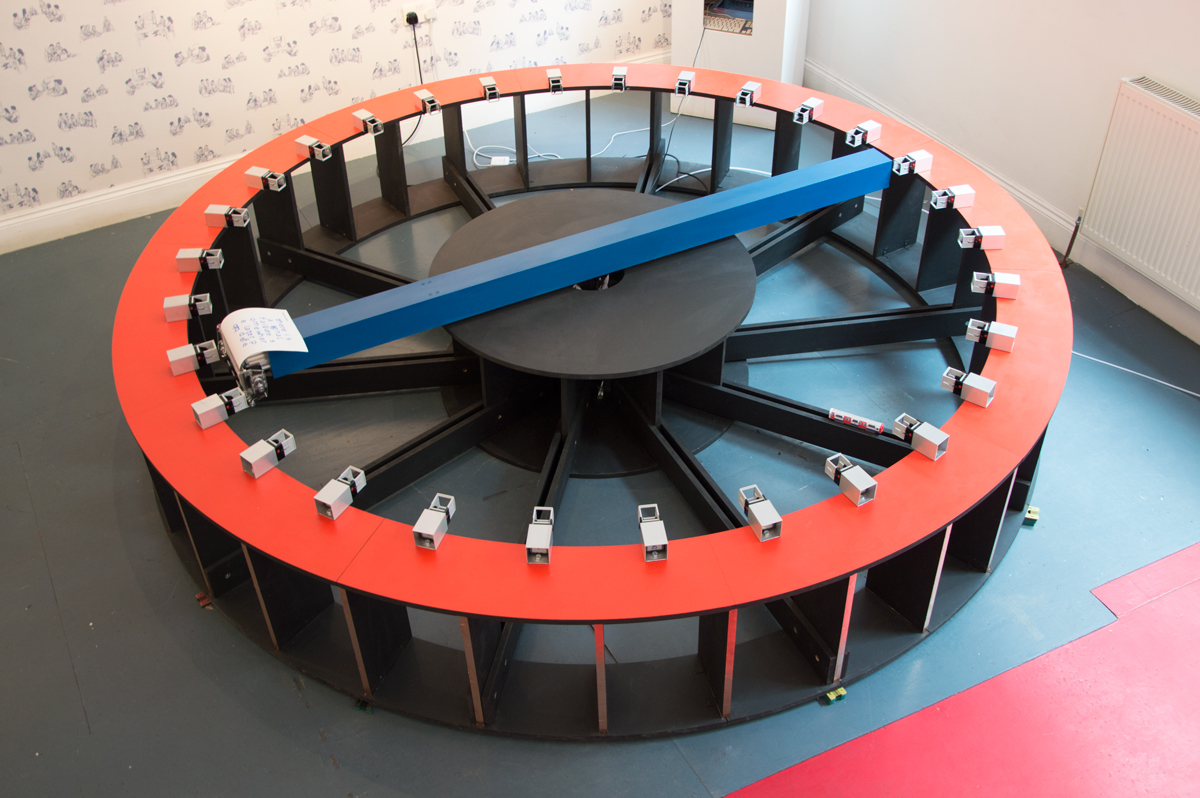 On the way to Cubitt House you can find the Johnston Twitter Machine, designed by Florian Dussport. It’s a giant roundel created in homage to the Johnston Typeface, which was designed by Edward Johnston 100 years ago in 1916.

Dussport has designed the machine so that it stamps out tweets that have #inspiredby in them.

Cubitt House is where you can find the bulk of the trade stands. It’s a temporary and not particularly arresting structure. Recognising this Design Junction looked to Satellite Architects, which has disguised the whole thing behind a façade comprised of a grid of squares and a row of trees, which gives a pixilation effect.

Inside there are two floors showing more than 100 furniture and lighting companies. It’s a very light structure so you get to see the furniture upstairs in natural light. 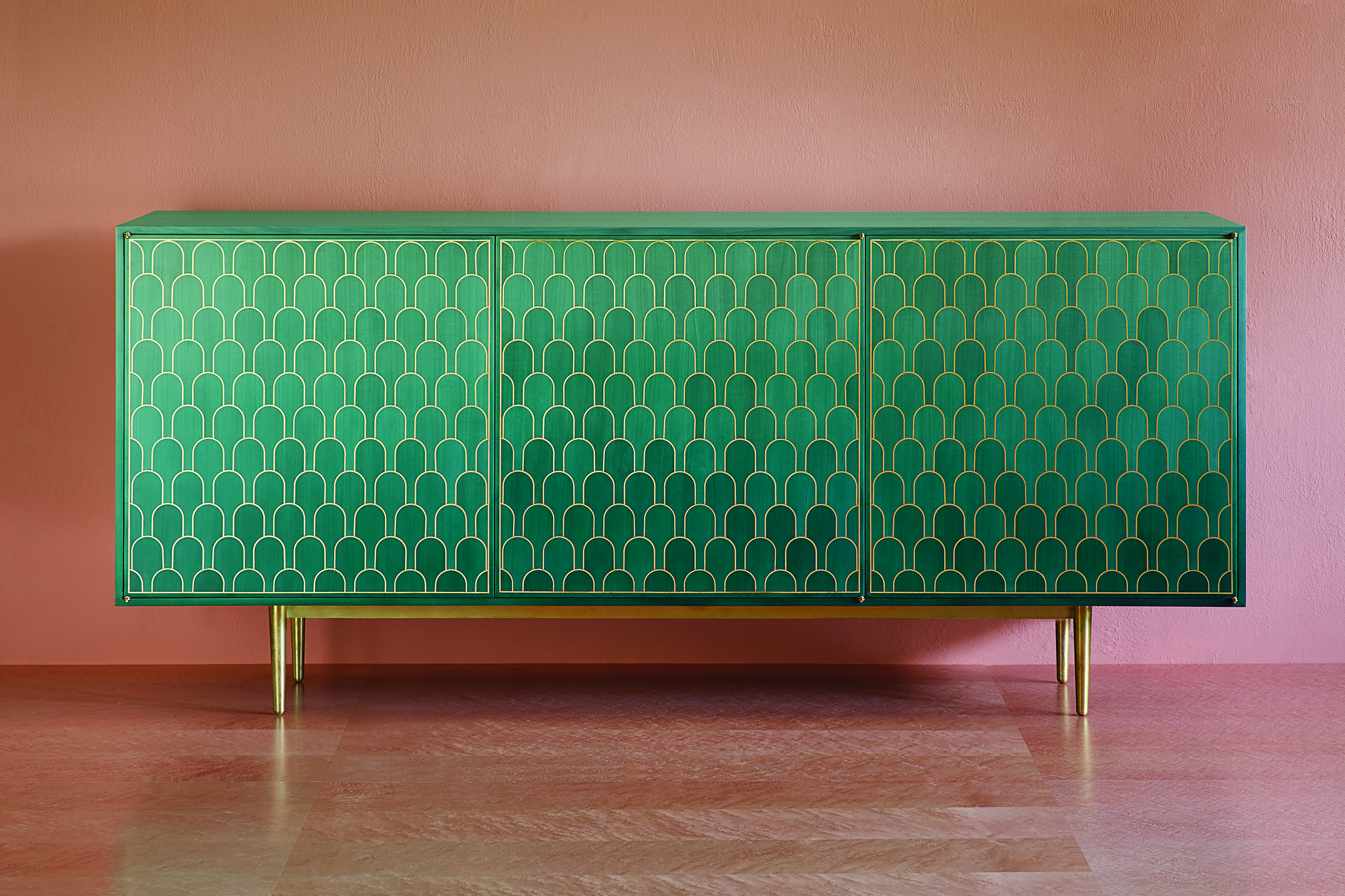 Look out for a beautifully elegant collaboration between Bethan Gray and Shamsian, which does that rare thing of reconciling modern and classic styles while also mixing eastern and western influences. It was the Iranian practitioner Mohamad Reza Shamsian who approached UK designer Bethan Gray for the project. 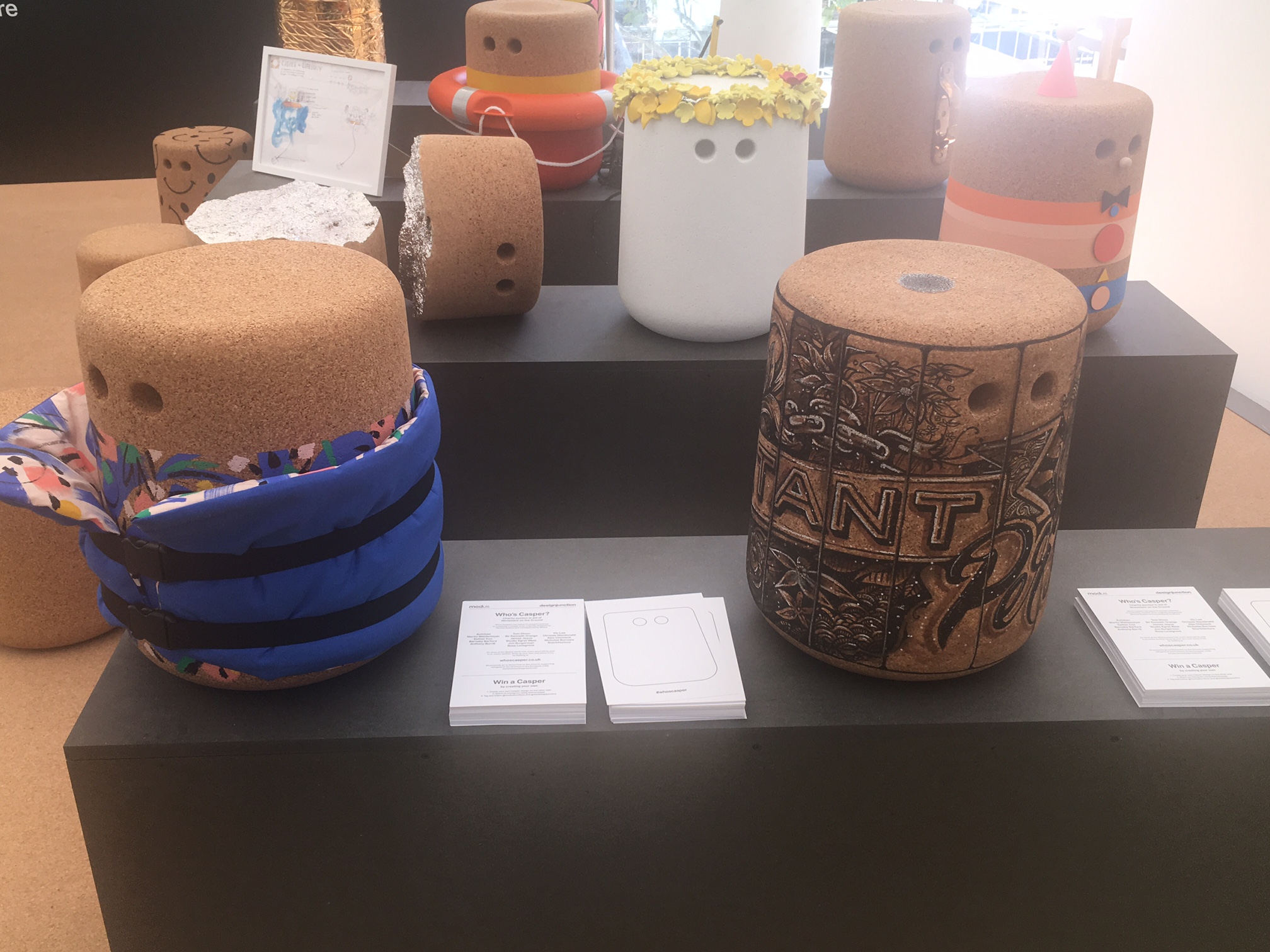 Casper was a particularly big hit. Versions of the Casper stool had been customised by the likes of Tom Dixon,  Anthony Burrill and Vic Lee and will be the subject of a charity auction. 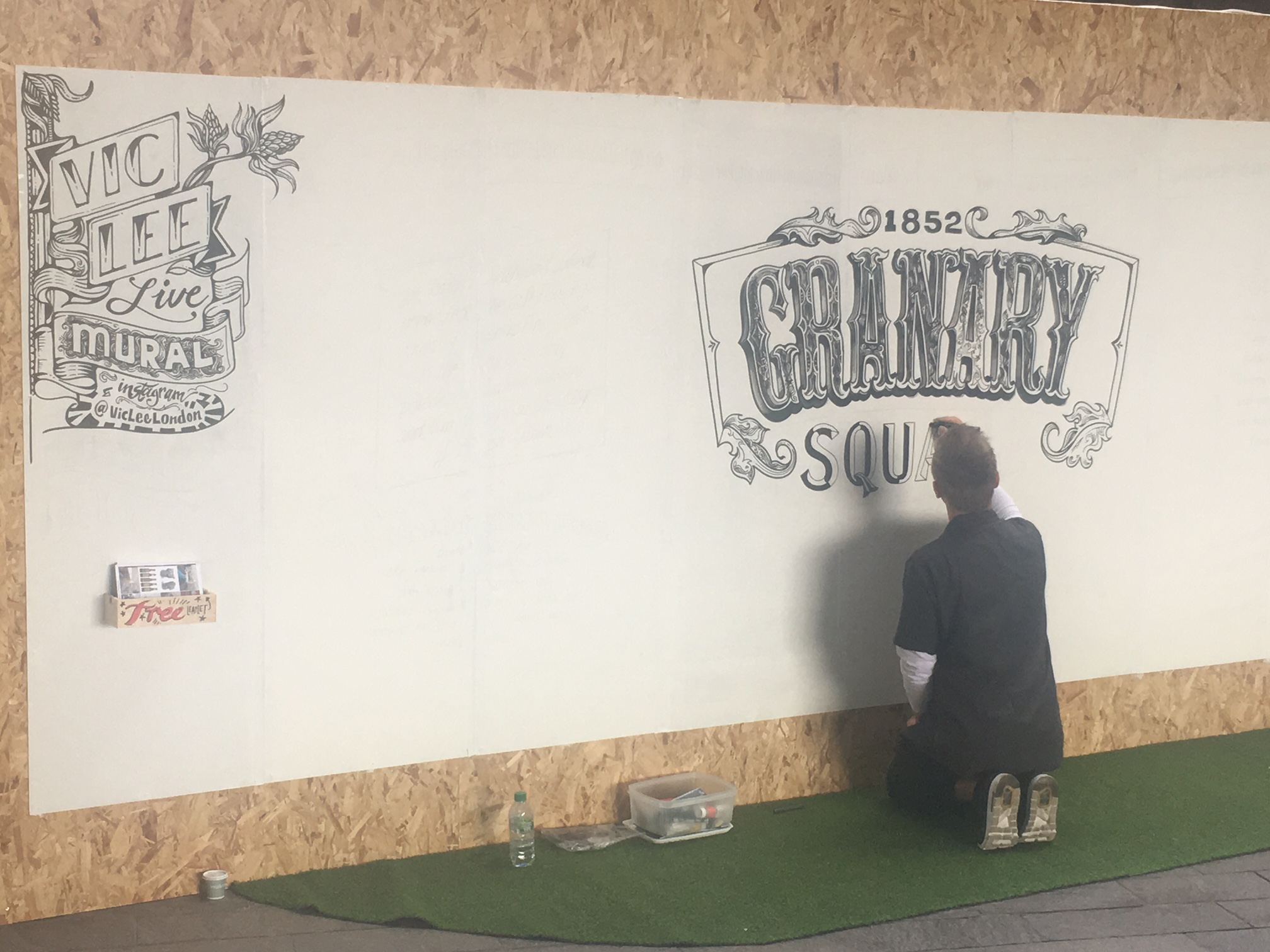 We bumped into Vic Lee working on a mural outside the entrance to the The Canopy, a retail destination showcasing 70 boutique design labels selling fashion accessories, technology, stationary, ceramics and graphics.

There was some lovely stuff from Dorothy, which creates data visualisations, prints and graphics – often in the form of maps. 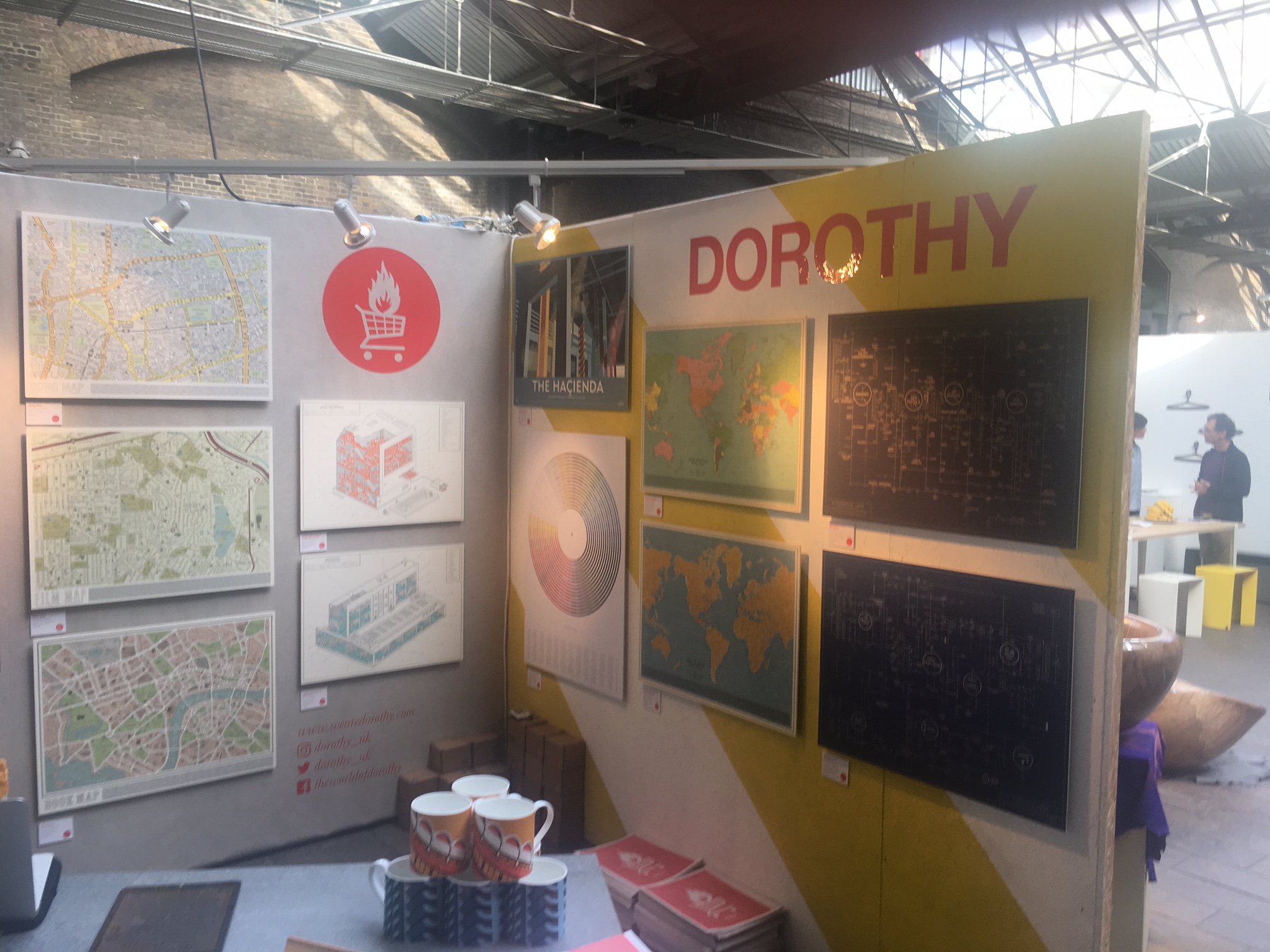 They showed us their latest projects, some of which were being seen for the first time at Design Junction. This view of post punk bands mapped out as a transistor is particularly satisfying. 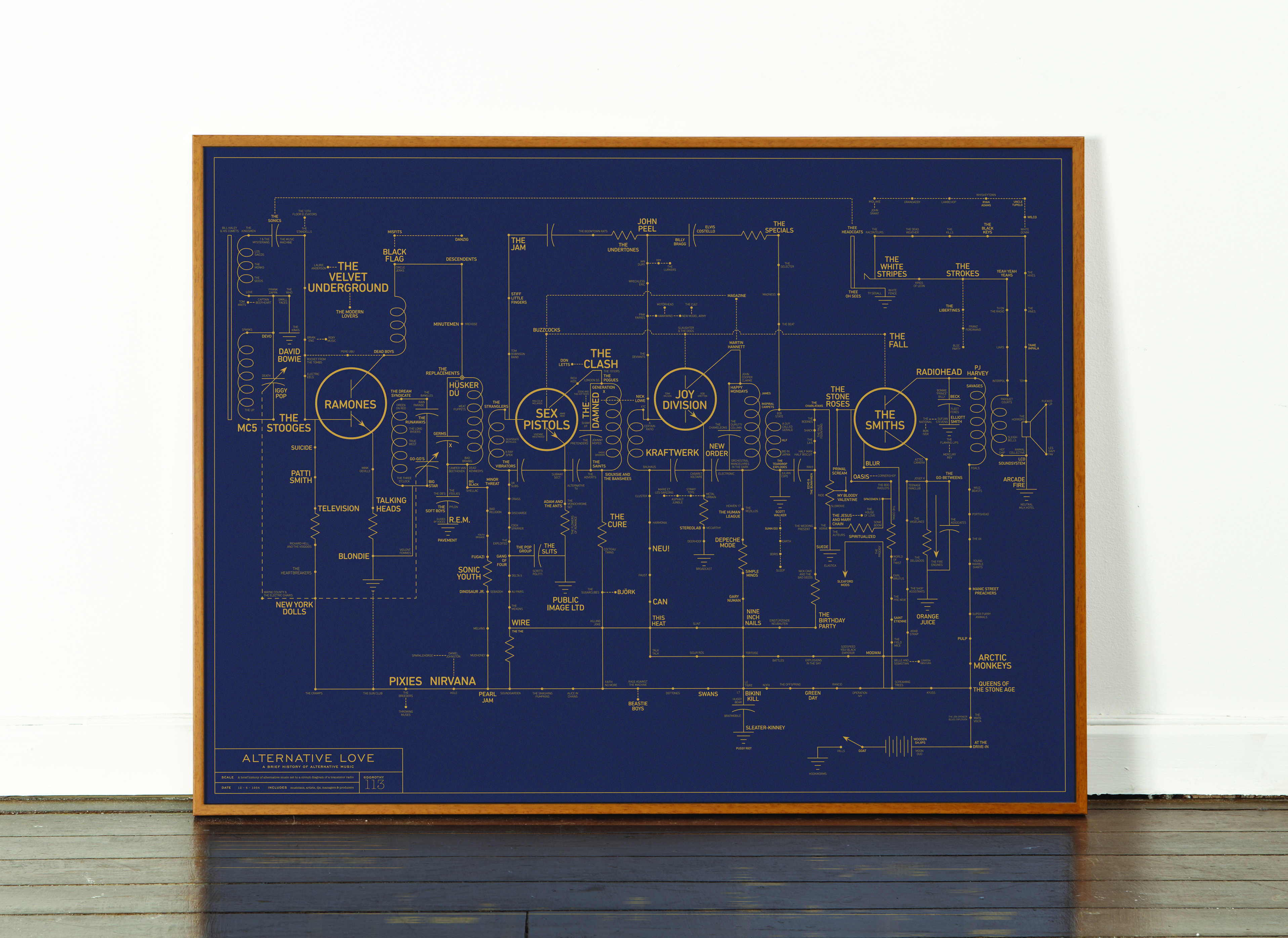 In Granary Square you’ll find a series of red houses resembling Monopoly hotels. Each one is the location for a different installation. Design studio Four23 used their house as an immersive VR experience, designed to eschew the stresses of the modern world with a transcendental and genuinely blissful escape. 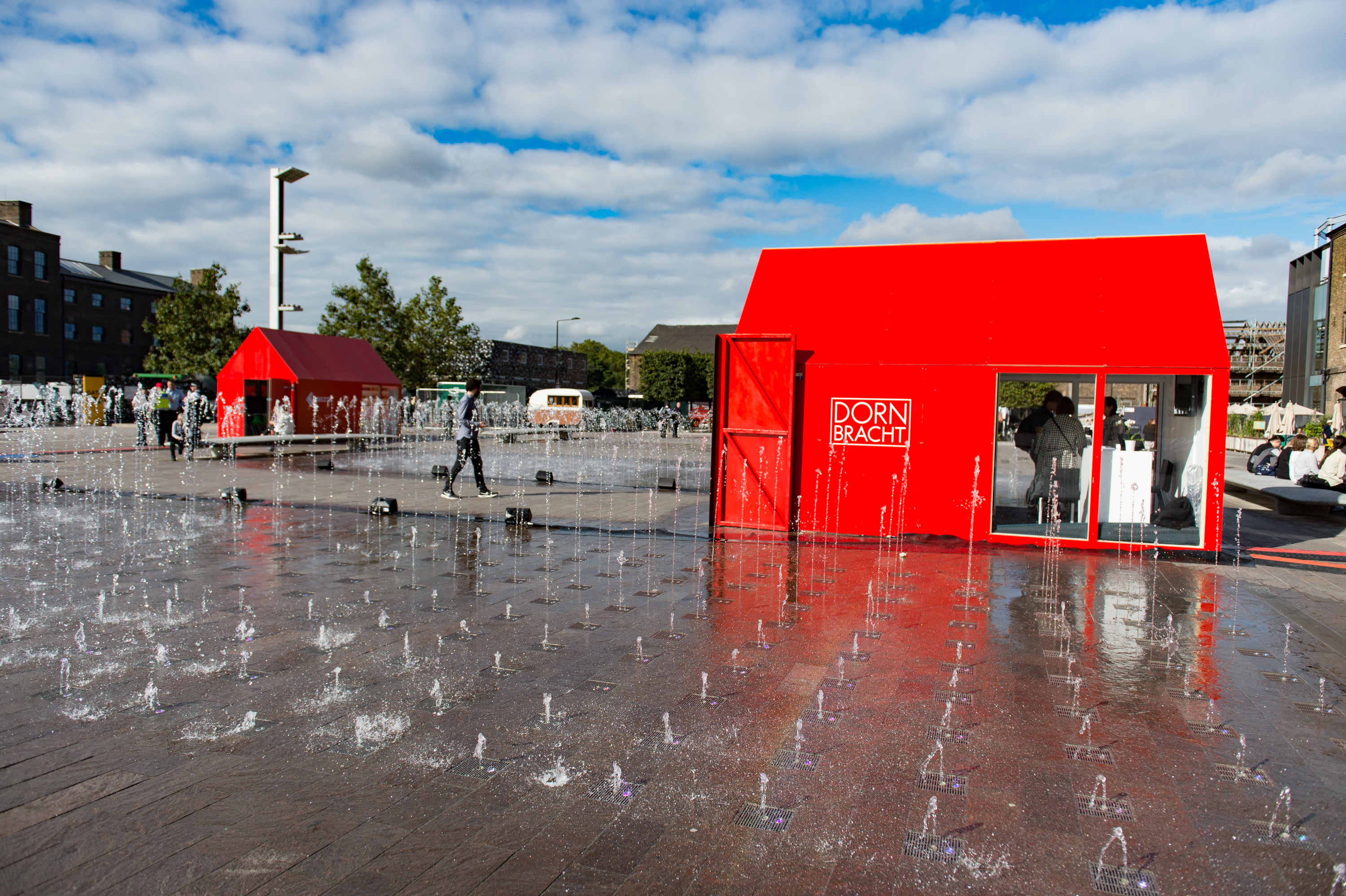 It’s based on the neuroscience of Daydreaming, there’s lots of rigorous explanatory research on the wall panels inside and the Four23 people are very helpful too. Really you just need to have a go though. 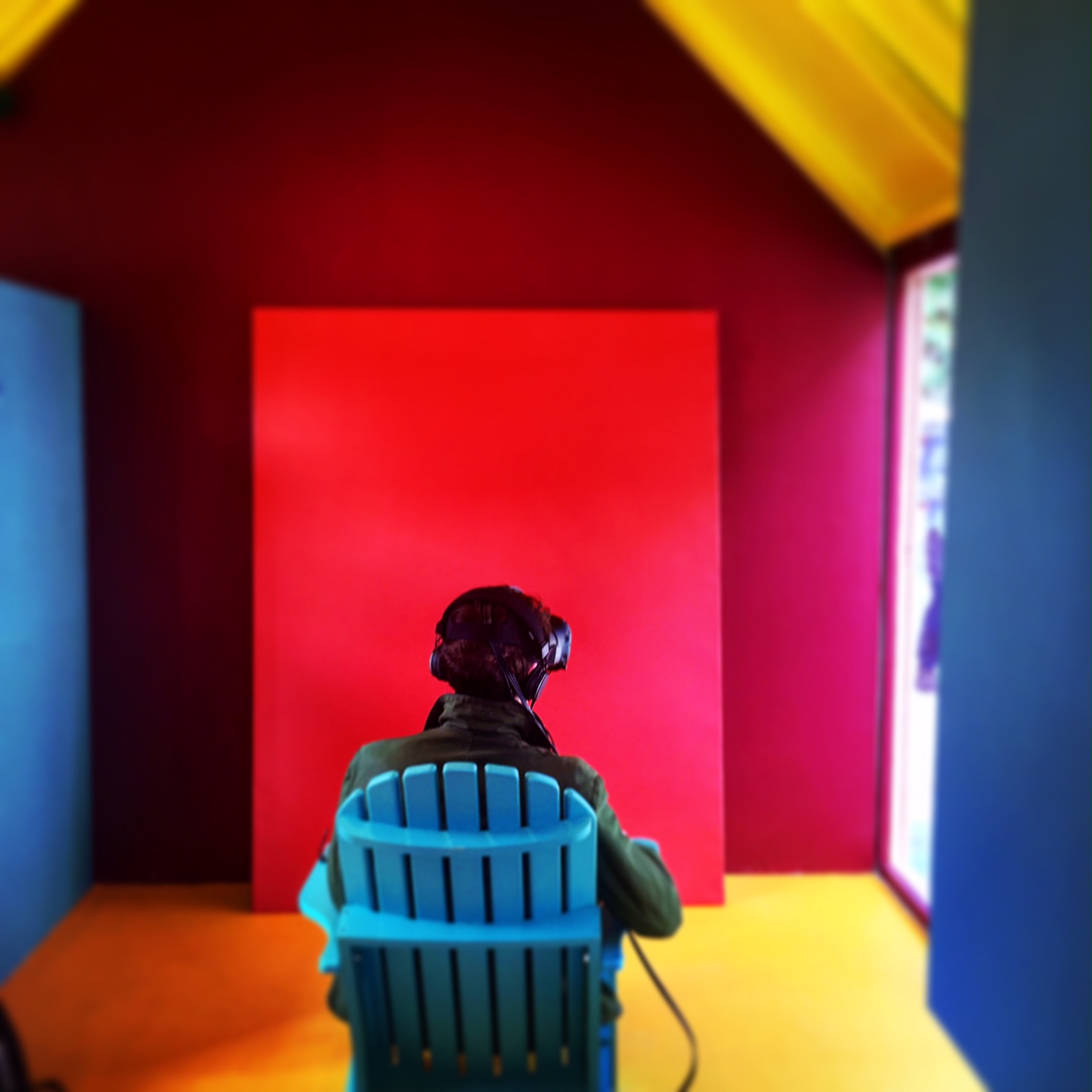 If you get down to Designjunction on Saturday you might want to catch talk on design and dyslexia. It poses the question: Is having dyslexia always a learning difficulty, or can it facilitate lateral and creative thinking? Design and architecture writer Grant Gibson chairs the discussion, which sits alongside Designjunction’s current exhibition, Dyslexic Design, showcasing the work of dyslexic designers. Panelists include illustrator Kristjana S Williams, industrial designer Terence Woodgate, furniture designer Tom Raffield and writer Margaret Rooke.