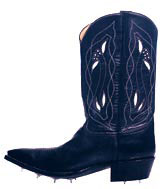 We have grown to expect weird and mysterious ideas from Benetton’s team. From Fabrica’s experimentation with the potential of 3D design, to Colors magazine’s long tradition of raising controversial social issues, this is a set up that has made its fame on questioning assumptions.

Hot on the heels of February’s Fabrica London Festival, a wide selection of design, videos, photographs and graphic work shown at the Italian Cultural Institute, comes the exhibition Contemporary Archaeology, Objects Collected by Colors Magazine, on show at Pentagram Design’s London gallery until 18 May. The selection, made by Colors creative director Fernando GutiÃ©rrez, is a down-sized version of the original exhibition which will tour around the world. GutiÃ©rrez, also a Pentagram partner, explains the decision to show the objects in the group’s headquarters. “I wanted our clients and staff to have the opportunity to look at the objects, since this is a very significant exhibition in the history of Fabrica and Colors magazine. I wanted to make sure it was widely recognised,” he says.

Items selected here include a brick-shaped beer bottle (apparently you can use it to build shacks in shanty-towns), cowboy golf boots (so golfers don’t have to give up their rugged identity to chase a tiny white ball across manicured lawns), and lawn make-up (for golfers again, to cover unattractive dry or brown patches on the lawn).

“The objects in the exhibition are from diverse cultures and are a commentary on society, from the bizarre to the beautiful, objects that reflect human obsession,” says GutiÃ©rrez. “But they also represent the antithesis of what I’m trying to do with Colors magazine, which is to talk about the rest of the world.”

Rather than archeology, then, the expression that springs to my mind is 21st century anthropology. This is a glossary of wackiness that proves how global culture has gone consumer-mad, focusing on the superfluous as if it was necessary. Take the “video baby”, for example, described as an object “which doesn’t require much looking after.” It consists of a 30-minute tape, in which nappy changing and feeding is performed by an anonymous pair of hands so to leave the viewer clean and unperturbed.

As soon as the baby’s face starts to morph into a tantrum, the background music is raised to drown his screams, allowing the viewing to proceed without hiccups (excuse the pun).

Now, if that film is a forecast of parenting trends, then I am slightly worried.

Contemporary Archaeology, Objects Collected by Colors Magazine is at the Pentagram Gallery 11 Needham Road, London W11 until 18 May. The Book 1000 Extra/ Ordinary Objects is published by Taschen and priced £16.99

BBC to save on design roster?