Graphic design on the radio is a contradiction in terms, but Jim Davies finds Radio Shaughnessy rather illuminating, as it’s adding humanity to iconic pieces 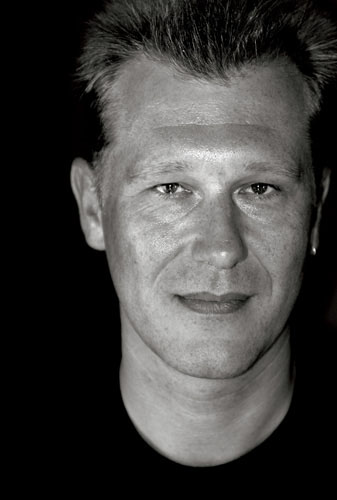 I’m not sure how many of you have had the chance to catch Adrian Shaugnessy’s illuminating Graphic Design on the Radio show on Resonance FM. Over the past five weeks, my fellow Design Week columnist has taken the mike to interview the likes of Neville Brody, Airside’s Fred Deakin and Jonathan Barnbrook – not only discussing their work, but airing some of their favourite music and exploring how it has come to influence them.

At first this struck me as a contradictory notion. Graphics, of course, is a visual medium, yet here we were, relying on soundwaves to deconstruct some of its finer nuances and connections. It was curious too to hear the voices and accents of some of our more celebrated practitioners, whose opinions are more usually given the authority, yet curious anonymity, of print. And instead of reproductions of their work to illustrate their style and inclinations, we were treated to something far more intimate, a selection of hand-picked songs, which have informed their lives and work.

To add another twist to an already unfamiliar situation, I’d tuned in through my Mac. Twiddle as I might with various radios, I just couldn’t get a signal. Probably something to do with living out in the sticks. So here I was staring at my wallpaper (a typically flat Dutch landscape dissected by canals and a low horizon), listening to Jon Barnbrook talking about Matt Johnson of The The wrapping up a serious message in the guise of a catchy pop song.

But actually, I soon realised, there’s usually a similar sense of disconnection when you’re assessing the work of designers of this calibre. OK, I have piles of old Faces and Arenas designed by Brody up in the attic and am still enjoying my Lemon Jelly CDs, but more often than not, I’ve come across these designers’ finer moments as reproductions in books and magazines. The graphics are scaled down, probably out of proportion with the other images on the page, and there’s no sense of tactility or context.

Popping up endlessly in awards annuals, compendiums and graphics round-ups, gradually these pieces of work become iconic, their power reinforced through repetition. Eventually, they take on a life of their own, coming to signify something entirely different from their original incarnation – a kind of shorthand for the person who designed them rather than a tangible magazine, CD cover, book or other graphic manifestation. For example, I feel intimately acquainted with Malcolm Garrett’s Orgasm Addict cover for the Buzzcocks – the way he’s laid the type, the striking collage by Linder, the in-your-face yellow – and yet, as far as I can recall, I have never seen one for real. My perceptions are one step removed, but I’m subconsciously filling in the blanks, imagining what it must have been like to walk out of a record store in 1977 proudly holding my prize aloft.

Hearing Garrett – or Brody, or Deakin – on the radio talking about their experiences helps to join the dots, adding colour and back story to these familiar pieces of design. It gives them a context and a humanity they may have lacked before. Graphic design on the radio may sound odd, but it goes some way to completing the picture.

The last show in the current series of Graphic Design on the Radio is on 20 April, 1-2pm, when Adrian will be talking to Ben Drury, the former Mo’ Wax designer. A second series has been commissioned by Resonance FM.