Spring is the season to visit the Victoria & Albert Museum. For the Surrealist Things exhibition and also, till 15 July, a collection of works by a man not unconnected with Surrealist images, who Paul Rand called ‘a graphic designer before the term graphic design was invented’.

‘Hans Schleger/ A life of design’ is a gem of an exhibition, small but beautifully formed. It documents and celebrates work over six decades, first in New York and then, from 1932, in London. It has been lovingly and imaginatively assembled by his widow and working partner Pat, who has donated the archive to the museum.

At the private view, Fiona MacCarthy called Schleger a pioneer. As she writes in her contribution to Pat’s biography, he enrolled in his native Berlin’s art college in the same year that Walter Gropius founded the Bauhaus at Weimar. There was ‘an urge to break down boundaries between fine art, craft, industrial design and architecture’. Schleger doesn’t plunder art forms but uses them, fusing art and commercial purpose into an integrated visual message. MacCarthy rightly calls much of the work on display ‘commercial Surrealism’.

Schleger also pioneered corporate identity. Here, again, he predated the term. It certainly wasn’t current when he and FHK Henrion were attempting to co-ordinate a company’s visual image throughout all its interfaces with its various publics.

On show are two iconic Schleger designs – for MacFisheries and John Lewis. The descriptive term, inadequate today and modest even then, was ‘trademark’. There is a contemporary relevance about the timing of the show. Alan Fletcher was a fan, maybe a disciple. Is the now classic Pentagram logo for Reuters an unconscious homage to Schleger’s 1961 logo for the British Sugar Corporation?

And how Schleger would have relished today’s challenge to communicate the need to reduce carbon emissions. What wouldn’t he have done with the concept of footprint. Much of his wartime work is about restriction. Food shortage – ‘grow your own’. Minimal street lighting – ‘Blackout. Pause as you leave the station’s light.’ Phones were an essential part of the war effort. Schleger obliterates a phone with two pens forming a cross. On the barrel of one is engraved ‘think ahead’. Its nib writes the words ‘write instead’. But if you do write, another poster urges you to ‘post before lunch’. Superimposed on an outline hand is the word ‘Telephone’. The index finger pushes the adjacent word ‘less’.

Schleger’s version of ‘less is more’ is similarly terse/ ‘limitation produces form’. You get his poster messages instantly. He trains your eye where to look. His work is reductionist. In the 1920s he signed his designs ‘Zero’. That’s less than less.

Much of this show will surprise you, especially its modernity and familiarity. By the latter I don’t simply mean that some of the exhibits (such as the London Transport bus stop and the Penguin Books logo) trigger the response, ‘Oh, he did that’, but that the art resonates. As Jeremy Aynsley, the Royal College of Art’s Professor of History of Design, writes in the catalogue, ‘Schleger was one of the first to apply Surrealism’s imaginative possibilities and transformations to graphic design. In 1949 he wrote: “Surrealism breaches the wall of conscious resistance because its images seem to be strangely familiar… It touches significant but hidden memories, motives and moods.”‘

I challenge you not to be touched at this exhibition. 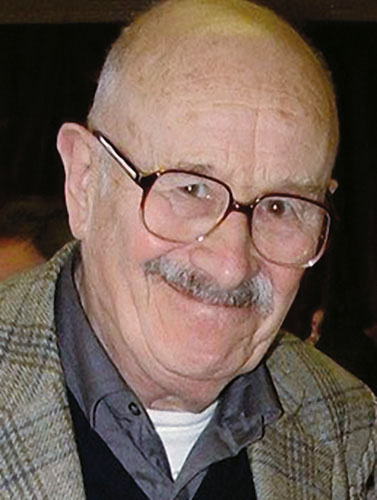