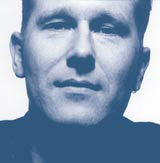 A few years ago direct mail had such an image problem that it reinvented itself as ‘relationship marketing’. Which reminds me of the joke about a certain David Bottomshuffle making the inevitable trip to Somerset House to get his name changed. ‘And what would you like your new name to be, sir?’ asks the clerk behind the desk, barely able to contain a snigger. ‘Nobby Bottomshuffle,’ he replies.

Of course, any real improvements need to come from within. Slapping a new identity on to an under-performing medium to disguise its shortcomings is about as effective as Germolene on a gaping shark wound. The real problem with direct mail is that it doesn’t really know what it is. Yes, it has an active trade association, dedicated awards schemes, and one or two capable specialist agencies, but it sits in a strange limbo land somewhere between design and advertising, and there’s little real understanding of its dynamics.

Advertising creatives consider it to be a poor relation to the holy trinity of television, press and radio. Not so much below the line as beyond the pale. They don’t like the fact that it is measurable either, its success apparent by the number of coupons clipped or response lines called. You can’t blame the media planners for scheduling your ad when there’s a crucial England qualifier on the other side, or the commercials director’s ganglion flaring up mid-shoot. Direct mail either works, or it doesn’t.

Designers make direct mail look beautiful, of course, but they’re a little embarrassed about the hard sell. They tend to over-complicate, gently ambling down little avenues and cul-de-sacs rather than putting their feet down and accelerating straight to the point. It’s not called direct mail for nothing. You have only a split second to capture your audience’s attention, whether it’s the bleary-eyed householder opening the morning post, or the harassed executive frantically ploughing through their in-tray.

Ah, but what about pushing the envelope? Or rather, pushing things into the envelope? One of the direct marketers’ favourite ploys is to send out a novelty item and then come up with a line that makes a tenuous link with their client’s product or service. Cigars feature regularly (‘Don’t let your savings go up in smoke’). As do condoms (‘Protect yourself with our special insurance cover’). And playing cards (‘Our ace suits will make you feel like a king’).

One step removed from Christmas crackers, at least these cheesy offerings don’t seem to be trying to bribe you to buy something. It’s telling that I can’t recall what they were for, but I recently came across several extravagant pieces of direct mail including a working silver flute, a bottle of 12-year-old bourbon, a buckskin leather wallet and a retro tin robot, like those found in Paul Smith shops. And this is apocryphal, but, apparently, a certain Canadian travel company had the bright idea of sending out a horse-hair blanket and a lasso, to showcase the particular delights of that country. It’s always the quiet ones.

Then there are those who go to incredible, tortuous lengths to come up with something a bit different. A subtly branded 240-page book, featuring the work of 17 top children’s illustrators, three paper engineers and the poet laureate. A bespoke version of Monopoly with all the client’s different businesses depicted on the board and the boss’s dachshund, BMW 7 Series and favourite loafer as pewter playing pieces. A Ralph Lauren-commissioned shirt and bow-tie set over-printed with an invite to a gala black tie evening. Fictional, but not far from the truth.

So what’s the answer? What makes good direct mail? Well, sorry to be blindingly obvious, but it helps if the deal is relevant and worth having in the first place. You need to take a step back and consider carefully what you are promoting and who it will appeal to – then you can start to think about intriguing ways to wrap it and send it. You can’t turn a sow’s ear into a silk purse.

There’s no doubt it’s an unforgiving medium, but the same basic principles of coherent idea and execution apply as they do to any kind of graphic design. Of course, decent art direction, writing, photography and illustration have a key role to play. But the acid test is this – when was the last time you saw a piece of DM that you wanted to keep for reference? That used a breathtaking image or a surprising turn of phrase? That made you laugh or want to find out more? It can’t be down to lack of budget. Give me a seductive black-and-white photograph rather than a dodgy silver flute any day.