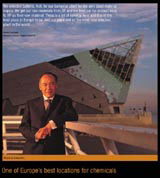 Yorkshire Forward launches a revamped brand this month, created by Leeds group Thompson Design, as the regional development agency moves to raise awareness of its work among Yorkshire businesses.

The project, believed to be worth in the region of £50 000 in fees to the consultancy, encompasses a refresh of the marque and a comprehensive overhaul of the organisation’s corporate and marketing literature, stationery, exhibition stands and advertising. A website, at www.yorkshire-forward.com, launches next month.

The group will also create an annual report for the organisation.

According to Yorkshire Forward head of marketing Theresa Lindsay, the organisation’s research showed that while awareness of the RDA’s role and its achievements were growing, businesses in the area were still unaware of the extent of its work.

‘Because our remit is so wide, there is a real perception gap between what we have achieved and what [local businesses] understand about us. We decided a radical step change was needed to ensure we become associated with making a difference,’ says Lindsay.

The group was briefed to illustrate the RDA’s achievements in ‘a creative way, that make it believable and credible’, she adds.

Tone of voice has been updated and now uses ‘more visionary language that inspires people’, adds Dean. The group also commissioned photographer Martin Peters to shoot ‘real people who have benefited from the organisation’ to replace the stock photography previously in use.

The group was appointed to the Yorkshire Forward roster in September last year, after a European tendering process. This is its first major work for the organisation. Creative director Ian Thompson worked with Dean on the project.

Aiwa goes interactive in Japan with All of Us