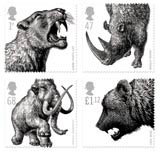 Start Creative design director Richard Crabb has left the consultancy after three years in the role and will not be replaced, founder and managing director Mike Curtis has confirmed.

Crabb, formerly senior brand manager at Orange, left the group at Christmas and is now exploring opportunities on the client side and firming up plans to start his own consultancy.

‘He came in to coordinate efforts between our off-line and on-line work, but now many of our projects have an on-line component,’ says Curtis. ‘From a structural point of view, we will be giving management responsibilities to our three most senior people [Wild, Radley and Muir] and we now have studio managers for on-line and off-line work.’

Start Creative is now working on a project to overhaul the way Royal Mail presents its stamp designs on-line. The consultancy, which sits on Royal Mail’s tactical design roster, won a pitch against digital marketing group Proximity London at the end of 2005 to design the site, at www.royalmail.com/stamps, for relaunch this spring.

Royal Mail is hoping to attract a younger audience to philately, according to Wild. ‘We are looking at the customer model of how stamps relate to audience segments, whether they are collectors or not. This includes introducing topics, themes and children’s collecting areas to attract 24-40- year-olds to the site,’ he says.

These collections will now be archived and organised into subject themes. As well as redeveloping the structure, Start Creative will also redesign the look of the site to create an area that is unique to stamps and collecting and distinct from the Royal Mail parent site.