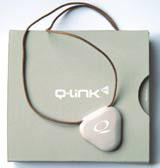 4 Pemberton & Whitefoord has overhauled the brand identity and packaging for Bambarria, a three-strong range of Mexican tequilas imported into the UK by Wine & Spirit International.

7 Sweet Sedition, an exhibition by installation artist Martin Firrell, is at patisserie Maison Bertaux, 28 Greek Street, London W1 until the end of the month.

8 Furniture designer Nicholas Von der Borch and illustrator Jeff Fisher rethink the chair at an exhibition at Pentagram, London W11, which runs from 30 May to 1 July. The catalogue is by Webb & Webb Design.

9 The £35m World Museum Liverpool has re-opened, with design work by Jasper Jacob