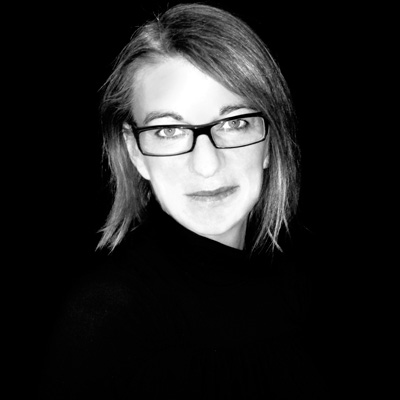 There is a hotel in Italy, nestling in the heart of the Tuscan countryside. It literally blends into the surrounding hills they form part of the architecture of the building.

The Klima Hotel is not just an aesthetic triumph, however, for the soil that forms the roof also helps keep the building insulated, saving on both cost and emissions that would otherwise be generated from artificial heating.

Sustainability issues are now more prevalent than ever, as organisations and corporations desperately try to set themselves apart from their peers, creating a manifesto for their brand. Often, though, these efforts can amount to little more than paying lip service.

So many brands are exploiting these issues that it no longer suffices merely to say x amount of the paper used in the office is being recycled. There has to be a point, a purpose to the policy that goes beyond cosmetic dalliance.

It’s not just about having a solar panel here or a wind turbine there, though these are important things. It’s about recognising changing shopper habits; people want to be able to keep items for longer, reuse them, pass them on or put them to a different use entirely.

Several supermarkets are making an impressive effort in this area. Wal-Mart, for example, has just started providing booths for recycling of electronic products.

The Fotex supermarket chain in Sweden has collaborated with Greenpeace to ensure that its fish stocks are ethically sourced. In Germany, the Rewe brand has made a significant push toward developing ecological practices. It has an own-label range that is independently verified for its ethical sourcing, and last year won an award from a government body.

Sainsbury’s takes its sustainability credentials out of store, with beehives to help sustain the bee population, and even tree houses for, well, who wouldn’t want a tree house? Sainsbury’s in Gloucester Quays has employed an impressive array of Green initiatives, one of the most interesting being a device that takes the kinetic energy of cars as they pass into the car park and uses it to help power the store. It is technology like this that can be taken a step further can these touch-sensitive pads be used to monitor where free spaces exist, to direct shoppers using digital signage?

In Japan, 7-Eleven is planning to use LED lighting and solar panels on 1000 of its stores, but the key point is its desire for charging points for the Toyota Prius hybrid car. It illustrates that sustainability is not just relegated to specific areas, it’s a way of life, a lifestyle that encourages responsibility as well as innovation.

So far we’re lacking the impetus for that innovation. There is enough glass on buildings in London to cover the Sahara; a day’s worth of sunshine to solar panels of that size would power our capital for a month. So what are we waiting for?

We Brits imbibe an astonishing 160 million cups of tea every single day. While amusing, the sobering fact is that 58 billion paper cups end up in landfill each year.

The alternative is the Byocup. When it has shuffled off the mortal coil, the idea is to return the cup to the manufacturers, who then send it to a silicone recycling plant where it is made into something entirely new. But what constitutes the next step? One trend is that of upcycling which does not just mean dmping your goods into a big box with swirly arrows on it, but, instead, actually stretching the efficiency of your products once their initial purpose has expired and reconstituting them for entirely different purposes.

At a recent LSN Global trends briefing, London designer James Gilpin’s work was mentioned. It involves using urine from diabetics (with a heavy sugar content) and turning it into a premium, single malt ’Gilpin Family Whisky’. In this instance, the material is such that it is already labelled as ’waste’, but actually still has the potential to be something else.

While shopper habits might preclude a desire to see old urine sitting on supermarket shelves any time in the near future, as consumers get more thrifty, such a philosophy would go down well in homewares.

The copy for a brand of upcycled wooden watches is beautiful: ’Completely absent of artificial and toxic materials, the Wewood Timepiece is as natural as your wrist. It respects your skin as you respect nature by choosing it… the perfect natural mate, whose story also becomes yours.’

One whimsical example recently highlighted by PSFK was the creation of furniture from old classic rides from New York’s Coney Island funfair. Not only is this sustainable production, but it also imbues these ’new’ items with an in-built past, a piece of history that people can continue to live with (and eat off, too, I suppose).

We all know how things get better with age.

Julie Oxberry is managing director and founding partner of Household