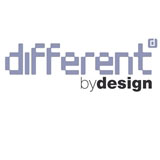 Will Different by Design close when its funding runs out, or morph into a different sort of development project? Scott Billings asks the question.

The power of design to revitalise businesses is a hot topic at present, with the role of creativity in the economy being trumpeted from on high: Chancellor Gordon Brown says design is ‘not incidental to modern economics, but integral’. It is against this background that a much smaller, but nonetheless pioneering, scheme to bring together businesses and designers is coming to the end of its three-year programme.

Different by Design (DxD) is a Stoke-on-Trent-based initiative launched in 2003 by project director Bruce Wood and project consultant Mo Trudel, using a £2.7m fund from the local Regional Development Agency Advantage West Midlands (AWM). So far, DxD has provided support for 59 product launches, 12 of which have already gone to market, including the Float coffee table from Matrix Composites, designed by David Raffo, and the Kou chandelier, designed by Item.

Working across Staffordshire, DxD assisted more than 200 businesses in the use of design and design management and helped to generate 21 start-up companies, according to Wood. Its design partners range from top-flight consultancies, such as a Seymour Powell, Engine and Priestman Goode, to smaller, local groups embedded in the region’s economy.

The basis of the scheme is to offer fund matching for the development of product prototypes, as well as design expertise and international promotion. There must be a specific product in the offing before DxD becomes involved, says Wood. ‘The money will only flow if there is a definite intention to launch an actual product. We won’t fund general marketing or promotion; this is not easy money,’ he says.

Although funded by AWM, the organisation is facilitated through Staffordshire University, with the scheme’s processes owned by Wood and the name itself owned by Trudel. The DxD model was originally created by Wood for the Glasgow Collection in 1999, a Millennium Product which led to the creation of the Peugeot/Oxo Design Awards-winning Chasm chair, among other products. The idea was then taken by Wood to the North East, where it ran as the New Product Programme, as well as to Brazil, where a similar programme now operates.

According to an independent assessment of DxD by research and consulting firm Ecotec, the scheme has surpassed all the targets set by AWM. But despite these successes, it is the only initiative of its kind now running in the country, according to Wood. And the future of the programme is far from certain. 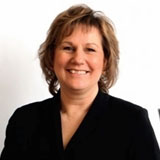 In common with all the RDAs, AWM is facing a reorganisation of its business support programmes, under HM Treasury’s Business Support Simplification edict. It is not clear how DxD might fit into this regime and discussions are underway with AWM, according to Trudel (pictured right).

Previously limited to Staffordshire, where it has supported the region’s traditional ceramic industry, Trudel hopes that renegotiation with AWM might take the programme – or a version of it – across the whole of the West Midlands. But now there is also the Design Council’s Designing Demand programme, a business support initiative that is being rolled out and funded by the RDAs (DW 5 October).

It is understood that the Design Council has questioned whether there is a conflict of interest between Designing Demand and DxD, which runs until the end of this financial year. Although Designing Demand cannot allocate financial support to businesses in the way that DxD has, it will perform some of the ‘business assist’ aspects of DxD.

‘The Design Council always wants to do more strategic stuff and to have the right message, but we are more operational,’ says Wood. ‘There is no clear handover [of DxD to another scheme] at present.’

According to Design Council chief executive David Kester, DxD is a ‘rare example of a well-run jewel’, which has a more specific focus on product development than the Designing Demand scheme. It is also small and local, where Designing Demand will be national. ‘Before we establish Designing Demand within a given region, we jointly undertake a regional audit to take account of local industry strengths and weaknesses and to ensure a good fit with other locally run initiatives,’ says Kester.

Another possibility for DxD is that the model could be licensed and franchised, according to Trudel. This would require the development of a close relationship with each RDA and its regional stakeholders; an undertaking, she says, that neither DxD nor the Design Council has the resources to manage at present. ‘The same programme doesn’t work everywhere; you need to take the common successful ingredients and add flavour for your region. The Design Council has not got enough staff to build one-to-one relationships with the RDAs.’

DxD will hold an exhibition called Reality at Think Tank in Birmingham on 22-23 November, showcasing its successful product launches and highlighting the partnerships it has developed over the past three years. 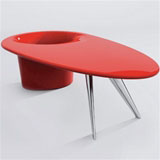 • Supports product design, development and launch through funding and expertise

• 59 products developed through the scheme, with 12 already on the market