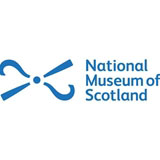 National Museums of Scotland is overhauling the naming and visual identity of its six institutions, under a scheme created by Hat Trick Design Consultants and Jane Wentworth Associates.

The two consultancies won the project in a joint credentials pitch last August, against undisclosed competitors. Hat Trick and Wentworth also teamed up to win the rebrand of the Natural History Museum in 2004 (DW 8 April 2004).

NMS’s brief encompassed a modernising of the naming structure, a primary logo, the visual identity for communications material and tone of voice. It carries a budget of ‘under £100 000’, according to a NMS spokeswoman. The branding project is part of a wider programme of change at the museums, which includes the £44.5m redevelopment of the Royal Museum in Edinburgh, featuring a £7m exhibition design project led by Ralph Appelbaum Associates (DW 1 December 2005).

According to Hat Trick director Jim Sutherland, the communications are built around the notion of ‘real things, revealing stories’. The logo itself is constructed from a question mark and exclamation mark, structured to reflect the Saltire, Scotland’s national flag.

‘We had to present a visual system that would cover all six museums, which are very disparate in terms of character and identity. The idea of questions and answers applies to all the different museums and their collections. They were also keen not to do overdo the Saltire or use things like tartan and thistles,’ says Sutherland.

The identity replaces the previous Pentagram-designed logo, introduced in 1997. ‘The Pentagram identity was very elegant, but it wasn’t immediately clear how the family of museums is linked,’ says Wentworth.

The strategy for the rebranding was developed by Wentworth and NMS director of marketing and development Catherine Holden, using interviews and workshops with employees, regular visitors and non-visitors. Communications will support the wider exhibition and gallery projects across the organisation, including redevelopment plans for the National Museum of Flight and National Museum of Rural Life.

‘[NMS director Gordon Rintoul] wanted to move from an academic institution to a people institution, so the brand is more focused on the visitor,’ says Wentworth. ‘Exhibitions will be a two-way dialogue, where visitors are not simply being told things by curators.’

Hat Trick is now producing tone of voice guidelines, which NMS’s in-house design team will use to apply the ‘question and discovery’ idea to all areas of communication.