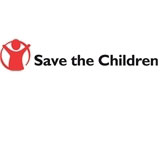 Save the Children UK is to embark on a full review of its brand positioning and tone of voice, and has appointed Johnson Banks to the task, Design Week can reveal.

The consultancy beat competition from Wolff Olins in a head-to-head strategic pitch, after the two groups were shortlisted from a four-way credentials presentation.

The UK arm of the global charity has charged Johnson Banks with developing a new ‘ambition’ that will encompass the organisation’s worldwide support objectives between now and 2017.

Save the Children UK works in the UK and across the world, providing emergency relief as well as long-term development, helping children and their families who are subjected to poverty, disease, injustice and violence.

However, research undertaken by the charity shows that awareness of its activities is ‘too low’. It has been holding internal workshops to develop new brand values – the results of which will feed into Johnson Banks’s work.

‘They want to get their name back on the map, as research shows that people know of them, but don’t really know what they do, despite the name,’ says Johnson Banks creative director Michael Johnson.

This brand positioning is to include visual and tone of voice guidelines, although the core identity, used by all Save the Children alliance partners worldwide, will be retained.

Save the Children UK’s fundraising, campaigning and electronic communications activities will be assessed as part of the review, although any visual changes must ‘dovetail’ with the branding used by the charity’s second major office in the US, according to Johnson.

The proposals will be delivered to the board later this year and, although a firm launch date is yet to be decided, the branding will be rolled out at some point next year, according to a spokeswoman for the charity.

The project is being led by Save the Children UK head of communications Joe Barrell.

SAVE THE CHILDREN UK:

• New branding to launch next year