Most of us go to the doctor when we think there might be something wrong with our bodies or mental health. While routine screening does take place to catch some diseases before symptoms appear, such as cervical cancer, generally we see a medical professional when we think something is awry – but what if we were able to catch these health problems before they had even happened? 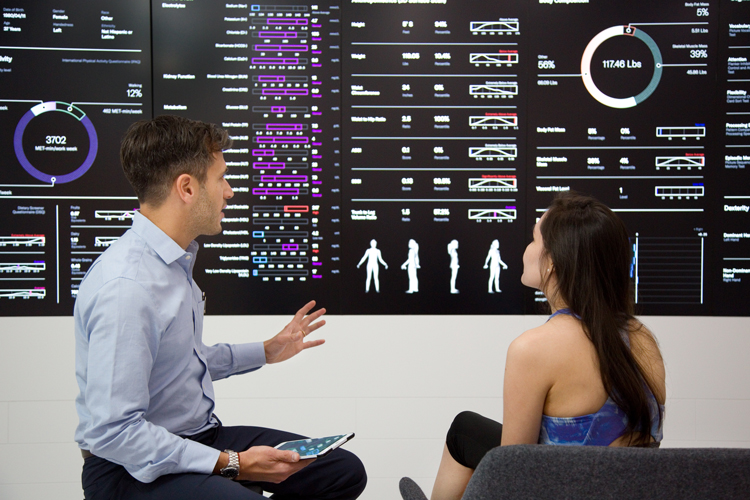 The lab features various architectural “stations”, where patients can complete tests to do with different categories of their health. Everything in the lab, from furniture to medical equipment and monitors, can be moved around and adapted to suit different individuals.

The data is analysed by the AI system, which then creates series of graphics and data visualisations showing patients how they fare across various areas, including nutrition, mental health, sleep, vital signs, blood levels, anthropometrics (the shape of the body), body composition, strength, dexterity, balance, and mental and cognitive function.

Context is also provided alongside the data visualisations, showing how each person compares to other people of their age range, gender and ethnicity, through written, video and animated content.

“Generating data graphics means that the most interesting parts of that data are given back to the patient in a way that is easy to understand,” says Noah Waxman, head of strategy at Cactus.

Ability to predict diseases “on the horizon” 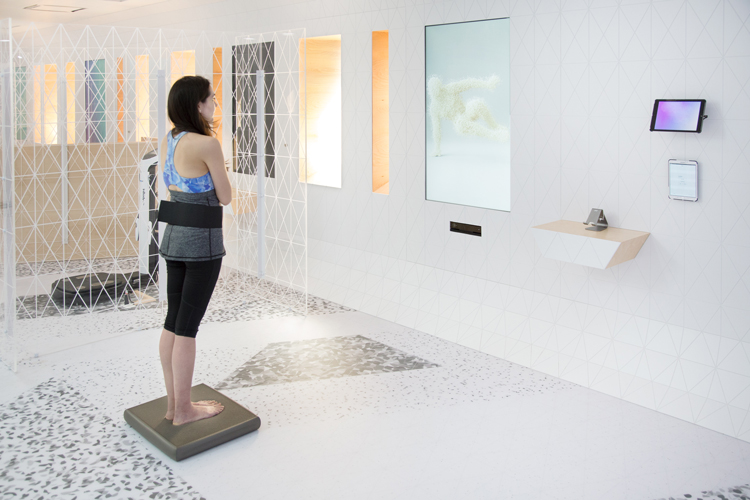 While the AI-powered system does not yet have the capability to “predict” diseases or conditions that people could develop in the future, this is something that “could be on the horizon” as AI and machine learning becomes more sophisticated, Waxman adds.

“Electronic health records, where they exist, are currently designed to track sickness care and symptoms,” Waxman says. “From a patient perspective, the system today often doesn’t have patients seeing a medical practitioner until it is already too late.

“Lab100 aims to show patients a complete picture of their health and what changes to make, so it can keep them in good health for longer. With enough data, Lab100 could look for patterns in the population about medical conditions, showing trends and risk factors in demographics that we currently have no way of knowing.”

Would you give the doctor all your data? 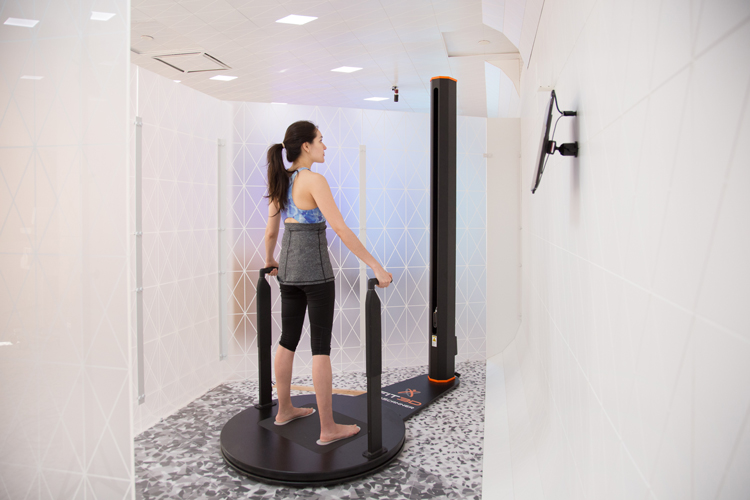 With so much recent furore around data capture and sharing, and the new General Data Protection Regulation (GDPR) laws coming into action, people are more conscious than ever about who holds what information about them. How then might people feel about handing over a meticulous breakdown of their physical and mental health make-up to medical practitioners?

Waxman says patients would be able to choose to disassociate themselves from, or delete, the data they hand over to Lab100, if they so wish.

“Thousands of points of data are collected but are completely de-identified according to medical practice standards,” says Waxman. “As a patient, you would have access to your records on an on-going basis but if you choose to, you could destroy those records associated with your name, leaving only the anonymous database entries to benefit science, or erase them completely.”

Could knowing too much affect mental health? 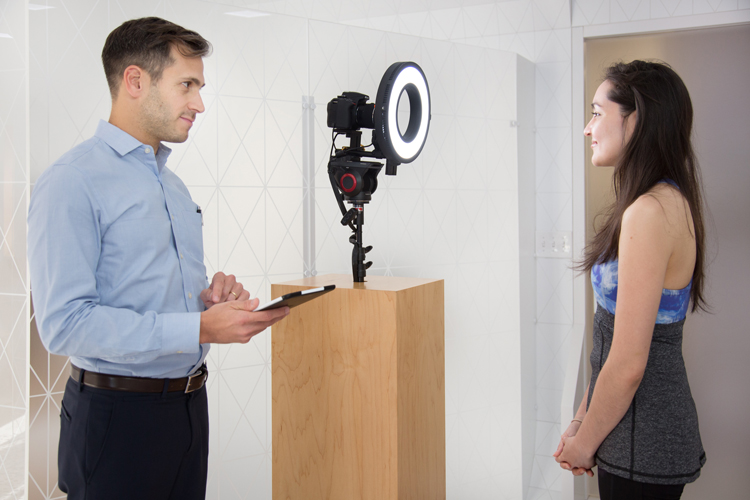 While providing people with a thorough review of their health status might help them to prevent future complications, there is an argument against knowing too much. Countless episodes of TV series Black Mirror have taken a satirical look at the negative impact of the advancements of technology, and how this could hinder quality of life. Knowing to precise detail that you may be susceptible to cancer, dementia, diabetes or anything else could significantly contribute to mental health issues such as anxiety and depression.

But Waxman says that systems such as Lab100 would be used as a positive platform to “change behaviours” among patients and motivate them towards making changes early, adding that prevention is better than dealing with things once they have happened.

“Giving people feedback is a crucial first step to changing behaviours,” Waxman says. “The problem today is that only sick people get that feedback. What if patients were made aware in advance of having chronic conditions? The message from doctors would be ‘Look, you can prevent this!’

“By offering cold, hard data alongside a rich, human discussion, patients become aware and motivated towards changes they need to make,” Waxman adds. “It is true that in the future there could be moments where patients get tough news, but we firmly believe that as long as there are actions that patients can do to prevent outcomes, they should be made aware as early as possible.”

Take data entry away from doctors 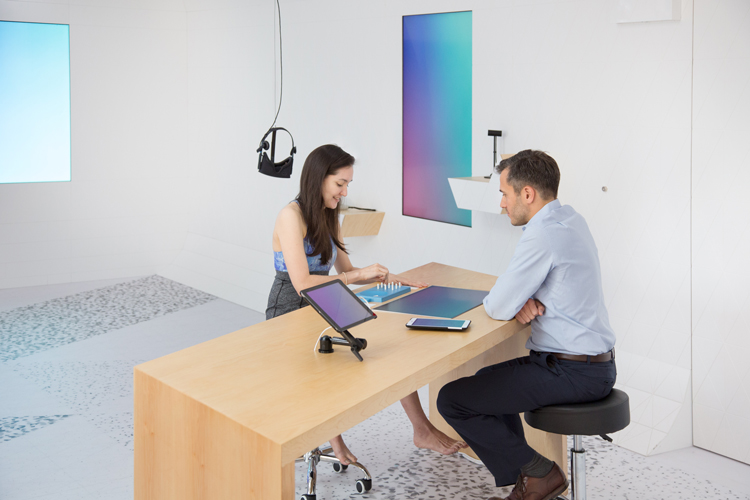 The fact that patients only get treatment once already experiencing symptoms is not the only issue with current healthcare systems, Waxman argues. Platforms such as Lab100, if intelligent enough, would take hours of data entry out of the hands of doctors, automating it and “allowing them to be more present” with patients.

Design is integral to this, Waxman adds, as a “super easy and intuitive” user experience (UX) design of machinery in Lab100 will allow patients to complete various tests themselves, while similarly using graphics and data visualisations as the output would make both patients and doctors “passionate” about individuals’ health.

The system has also been “purpose-built for iteration”, Waxman says – by enabling all the equipment and architectural stations to move around the space and change, this will allow it to cater for more people and be updated as technology advances.

The ability to empower patients 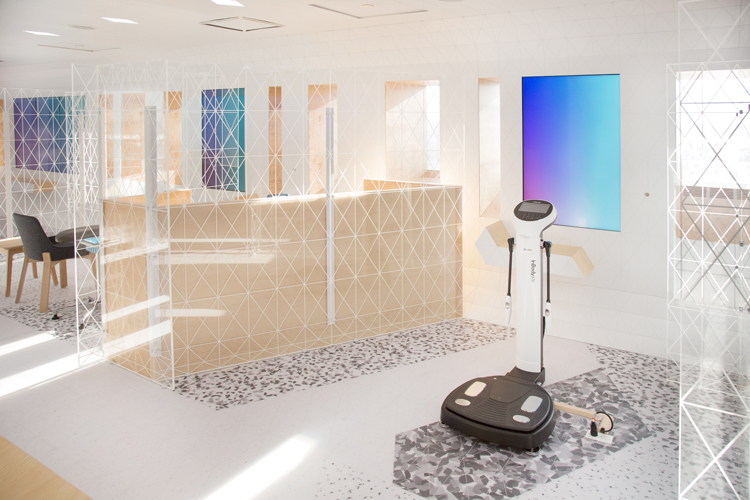 “We want to make two points – that medicine is interesting and science is progressing fast,” he says. “This is not just about the advancement of technology, but improving patient experiences and changing the ‘I’m not going to understand any of this’ attitude that begins most medical visits.”

Of course, this highly sophisticated system is not something we can expect from a free healthcare service such as the NHS anytime soon; even if it does develop over the next 20 years, systems such as Lab100 will no doubt be restricted to those with a private healthcare package.

But perhaps, as Waxman says, projects such as this demonstrate the capabilities of smart tech to advance medical research and diagnosis, and, much further in the future, could democratise science and give the public more insight into their own health. The question of whether people will want to be this informed still remains.

Lab100 is currently in its beta testing phase, but is currently accepting applications for 2,000 paying patients to trial the system and anonymously contribute their data to its research database. For more information on the project, head here.