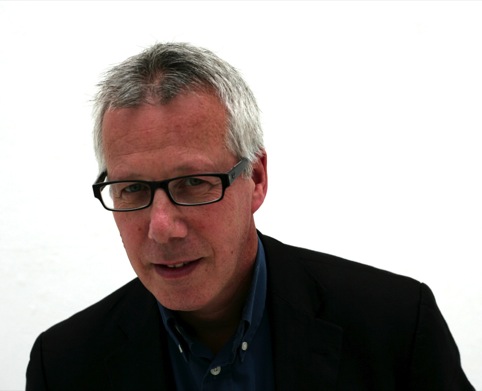 Professor Jeremy Myerson is stepping down from his role at the Royal College of Art’s Helen Hamlyn Centre for Design, which he co-founded in 1999.

He says: “When we set up the HHC, issues around aging and disability for example were marginal in the design industry. Now inclusivity has become like sustainability – if you go into any design studio of course they’re going to take an inclusive approach.”

Myerson says the his intention with the HHC was to “try to train designers in basic ethnographic research so that they could work with people – this would then enable the idea of inclusive design.”

The HHC has worked on projects including the 2011 redesign of the emergency ambulance, which Myerson describes as “probably our most complete project”.

This involved extensive research and co-design with paramedics and went on to win the Transport award in the 2012 Design Museum Designs of the Year Awards.

Co-design, Myerson says, is another area that has grown in popularity over recent years.

He says: “Designers now have a much more participatory outlook – they don’t just see people as passive consumers.”

Myerson will step down from his role in September and says he is setting up a new venture with Philip Ross, co-founder of Unwork – an organisation that looks at the future of work.

Myerson will continue to be involved with the RCA in a part-time capacity, and the college is launching an international search for his successor.

Royal College of Art rector Dr Paul Thompson says: “Jeremy Myerson’s research into inclusive design and the future of the workplace is acknowledged as world-leading.

“Through his groundbreaking research projects into patient safety, designing out medical error, and the design of systems and services for ageing populations, he has pioneered an ethnographic approach towards design and can be credited with having devised an entirely new approach towards design that has influenced numerous design companies, health services and third-sector agencies around the world.”