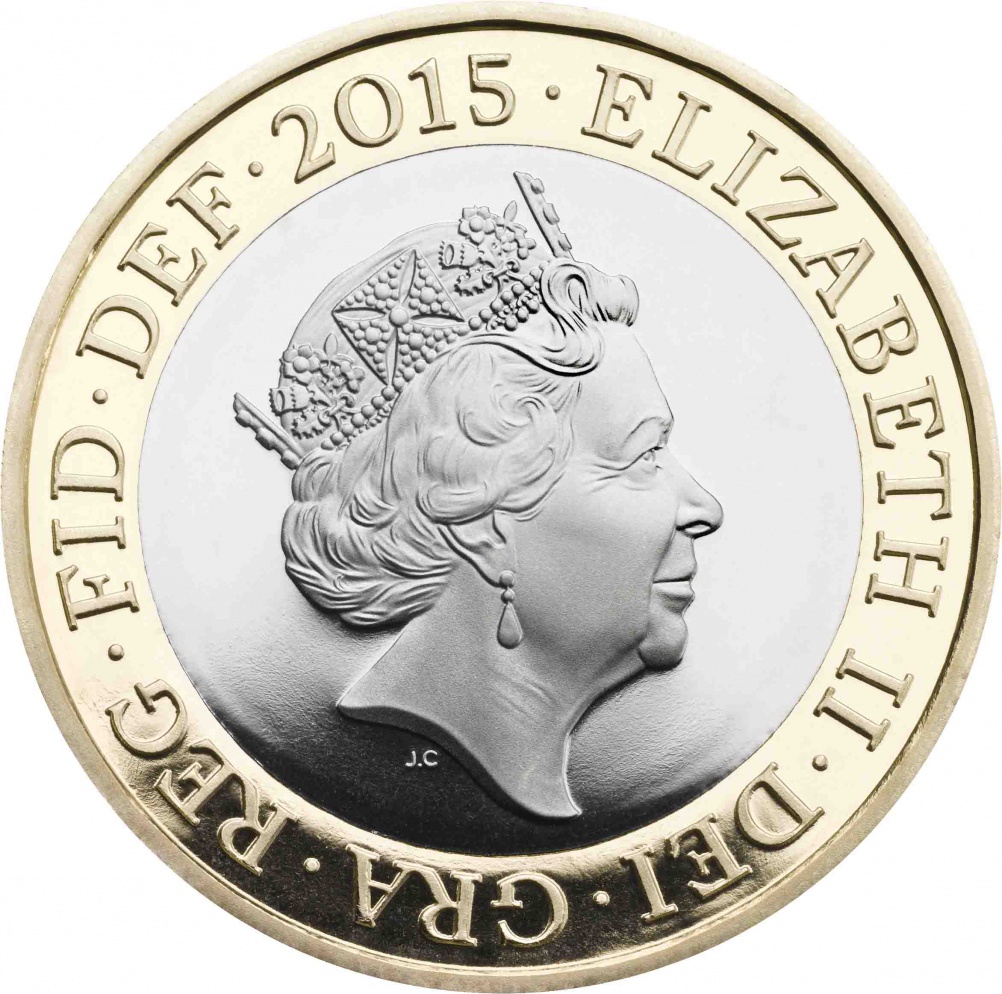 The new portrait has been created by Royal Mint engraver Jody Clark, whose design was selected from a number of anonymous submissions to a design competition. Clark is the first Royal Mint engraver to be chosen to create a definitive royal coinage portrait in more than 100 years.

Clark says: “I’m part of the Royal Mint design team and we get the opportunity to enter all the advisory committee competitions – this was one I couldn’t really pass up.”

He adds: “When it goes into circulation in the summer my portrait will be in millions of people’s pockets – it’s going to take some time for me to wrap my head around that.”

The last Royal Mint engraver to be commissioned to undertake a royal portrait was George William de Saulles, who engraved the portrait of Edward VII which first appeared on coinage in 1902.

Clark’s portrayal of The Queen, wearing the Royal Diamond Diadem crown worn for her Coronation, was selected in a closed competition organised by the Royal Mint Advisory Committee (RMAC), a consultative panel to Her Majesty’s Treasury comprising experts from such fields as history, sculpture, architecture, art and design.

A number of specialist designers from across Britain were invited to submit their own interpretations of the Queen’s portrait under anonymous cover, and each one was judged on its merits and suitability before the winning artwork was recommended to the Chancellor and, ultimately, The Queen for approval.

Clark says: “Everyone who entered the competition was supplied with the same reference material, showing the Queen facing different ways and in a number of different angles. I also did quite a lot of research online to find more natural, unposed images of her.”

When it appears on coins later this year, Clark’s image will become the fourth portrait currently in circulation, joining those created in 1968, 1985 and 1998. The Royal Mint says: “together, the coins that carry them tell the story of Her Majesty’s growing stature and maturity and paint a compelling picture of the story of her reign.”

Clark says: “I looked at the designs of the previous effigies and I wanted my design to work as part of a set as well as to work on its own.”

Adam Lawrence, Chief Executive of The Royal Mint, says: “Capturing a portrait on the surface of a coin demands the utmost skill, and is one of the most challenging disciplines of the coin designer’s art.”

The previous portrait of the Queen was created by Ian Rank-Broadley and has been in circulation for 16 years.