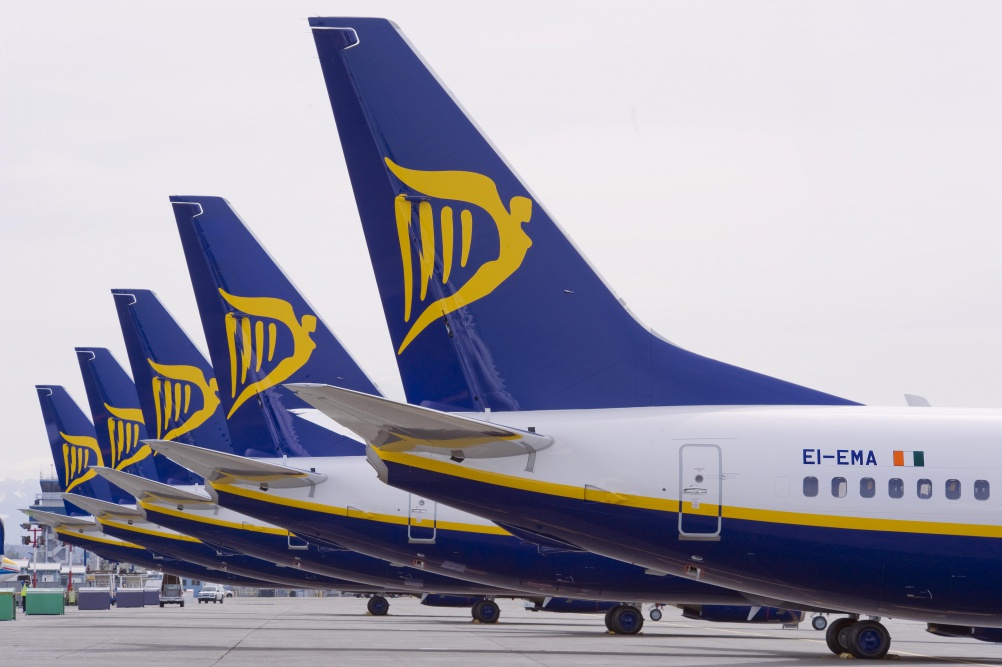 • Update: Ryanair has announced on Twitter that it has now taken delivery of its new interiors, which we first reported on here in March 2015.

Airline Ryanair says it will “tone down the yellow” with redesigned aircraft interiors, which will be introduced to its fleet from later this month.

The redesign is part of a series of initiatives the airline is introducing this year as part of its “Always Getting Better” programme. This year also marks the 30th year that Ryanair has been in operation.

As well as the redesigned interiors, which the airline says will also feature “new imagery” Ryanair is also introducing new cabin crew uniforms and an “improved” in-flight menu. Ryanair says its new interiors are being designed in-house.

Ryanair is also introducing new “slimline” seats, which it says will give passengers more leg-room. These will be brought in with the airline’s next tranche of Boeing 737-800 aircraft, from October.

From January 2016, Ryanair says its new aircraft will also feature the Boeing Sky interior designs. Developed by Boeing and released in 2010, these designs feature new stowage bins, sidewalls, lighting system and ceiling panels, among other features.

Ryanair has also announced a new “Customer Charter”, which includes pledges such as “We promise the lowest fares”; “We promise to be transparent and to make travel simple for you” and “We promise to innovate to make your travel exciting”.

Ryanair chief executive Kenny Jacobs says” [Our] low fares won’t change, but we will continue to listen and strive to enhance every aspect of our business and our new Customer Charter outlines the way we want to deliver an enjoyable, simple and low-cost travel experience to customers.”