MyMaths, a digital learning platform used by 80% of UK secondary schools, has been rebranded by Brighton-based design studio Baxter & Bailey.

The platform, is owned and operated by Oxford University Press (OUP).

Launched 15 years ago, the site has recently undergone technological improvements and Baxter & Bailey were approached by OUP to bring MyMaths’ visual identity in line with this new user interface. 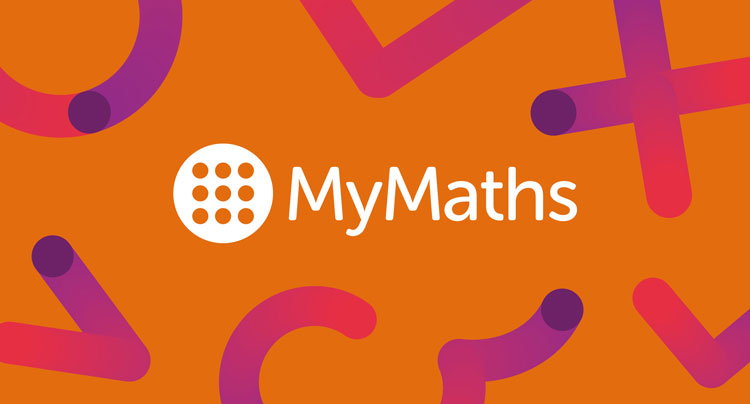 With the vast majority of secondary schools in the UK using the platform, MyMaths was a clear market leader, but according to Baxter & Bailey creative director Matt Baxter, the previous identity did not reflect this.

“It felt outdated and a bit tired,” he says. Additionally, while good at describing the product in clear and informative language, Baxter says the previous look did not convey a sense of emotion or fun.

To address this, the Bailey & Baxter team introduced what they believed would be a “much more playful, creative” identity. This includes a “new, brighter and more exciting” colour palette, a new typographic palette and new messaging.

While the MyMaths logo – nine dots arranged in a square formation, within a circle – remains the same, an “evolved” logotype has been implemented to “make more sense of the existing marque”. 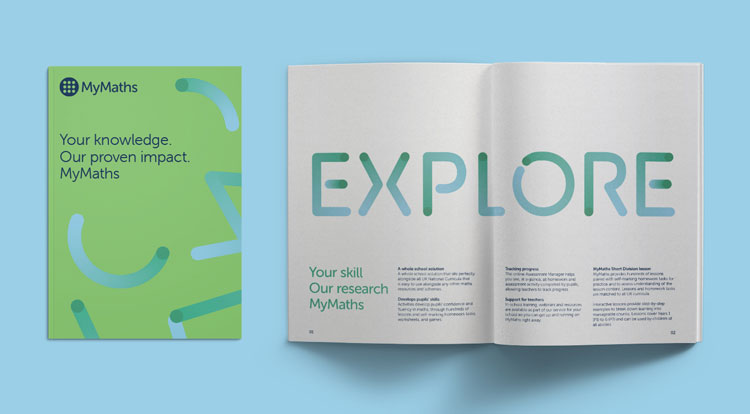 With a wide range of people using the platform, the challenge for Baxter & Bailey was in creating something that had a broad appeal.

“On the one hand, we needed to take into account a primary audience of decision makers: parents, teachers, heads of department, heads of schools, heads of school chains and heads of ministries of education,” says Baxter.

“And on the other hand, we also needed to be mindful of the end user audience of children which – in itself – was very broad, spanning primary and secondary school-age kids.”

For the identity to work, the team established a set of brand guidelines for MyMaths. To endear the site more to its younger users (MyMaths covers curriculums from Key Stage 1 to A-Level) the Baxter & Bailey team also introduced a cast of “friendly geometric characters”.

Meanwhile for secondary school users, more pared back shapes have been implemented. These take direct inspiration from the shape used in the MyMaths logo, and are “abstract and mathematically inspired”. 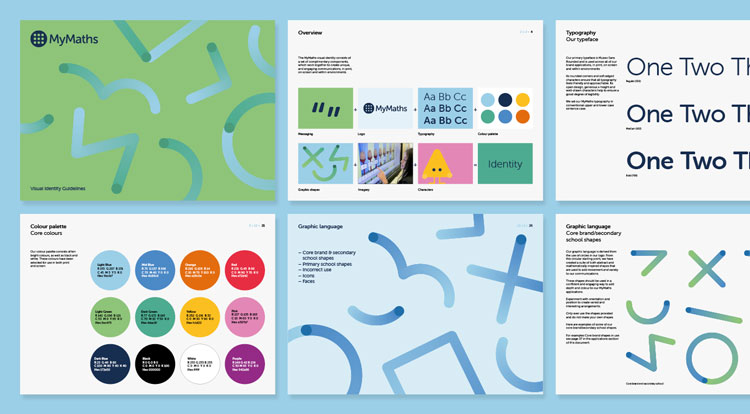 The overall goal for the project, according to Baxter, was to “evolve MyMaths into a much more colourful, friendly and approachable brand”.

By creating an “adaptive design solution”, the aim is that the platform “remains relevant” for everyone involved. 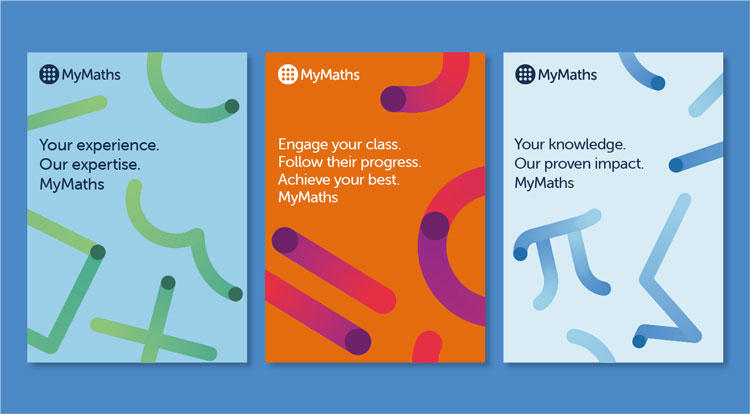