After a stretch moonlighting as an illustrator, Pola Maneli quit a promising career in advertising to pursue a full-time freelance career. Maneli, a 2014 Design Indaba emerging creative, started off as a graphic designer in Port Elizabeth before relocating to Cape Town to work as an art director at Ogilvy & Mather.

“The cool thing about coming to Cape Town [from Port Elizabeth] is that shit – the identity politics – and how it affects different people’s lives to varying degrees. It has become so much more focused and more prominent in my life since moving here,” Maneli says.

His work often has a political agenda and looks at everything from pop culture and identity politics, to governance and online activism, like the #blacklivesmatter campaign.

“Advertising – I got so disillusioned with it,” Maneli says. “The thing with the advertising industry is that it’s just a majority of white guys who don’t know about any of that stuff. It’s this space of constant micro-aggression, people telling jokes that they don’t know are insensitive and you can’t exactly call them out on that because where do you begin?”

Now no longer an ad-man, Maneli is able to devote time to creating work, which responds to the socio-political milieu in South Africa. He presented two art pieces at Protest, a group exhibition held at Hazard Gallery in Johannesburg. Curated by Beathur Mgoza Baker, the show represented artists and artworks that engage with notions of resistance in South Africa.

A lifestyle of excess

The first of Maneli’s two pieces, “All that Power” was a commentary on the President Jacob Zuma’s lifestyle of excess and what Maneli reads as an absolute commitment to a life of hedonism. The second piece, called “Rice”, is a reference to the “rice incident” in Bizana, Eastern Cape. A truck containing rice and sugar overturned near an informal settlement in the region and the community members helped themselves to the fallen contents.

“We used to do this all the time when we were kids,” says Maneli. “If a truck overturned it was like Christmas. There was an unspoken agreement between the people ‘looting’ and the driver.”

On this particular day, this unspoken agreement was breached when the police arrived and fired live ammunition into the crowd, killing two and injuring 11.

“I was thinking how weird it is that those people who are poor were killed because they wanted rice,” Maneli says.

But his work is not all about Jacob Zuma and police shootings. Maneli also has a love for street culture and popular culture – “making stuff that is still undeniably cool”, he says. His latest collection of illustrations, “Street Wear”, is a series inspired by the street style and the street photography movement being mastered by South Africans such as Trevor Stuurman.

It’s still early days for Maneli but he enjoys freelancing because he says it allows him to “control and curate”.

To see the full collection of featured South African creatives go to designindaba.com/southafricandesign. 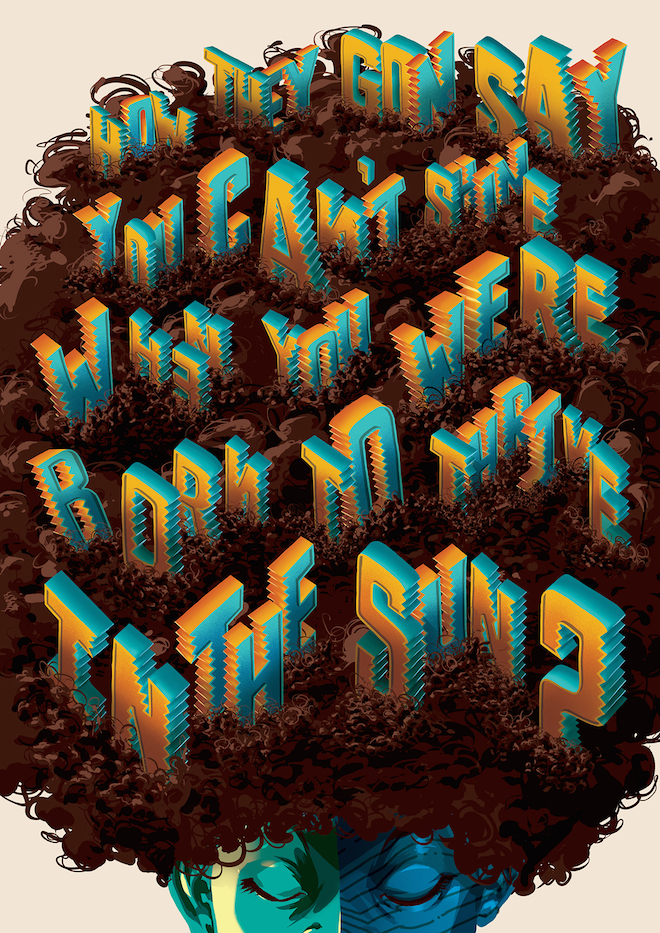 Currency design: from Monopoly money to the one-dollar bill