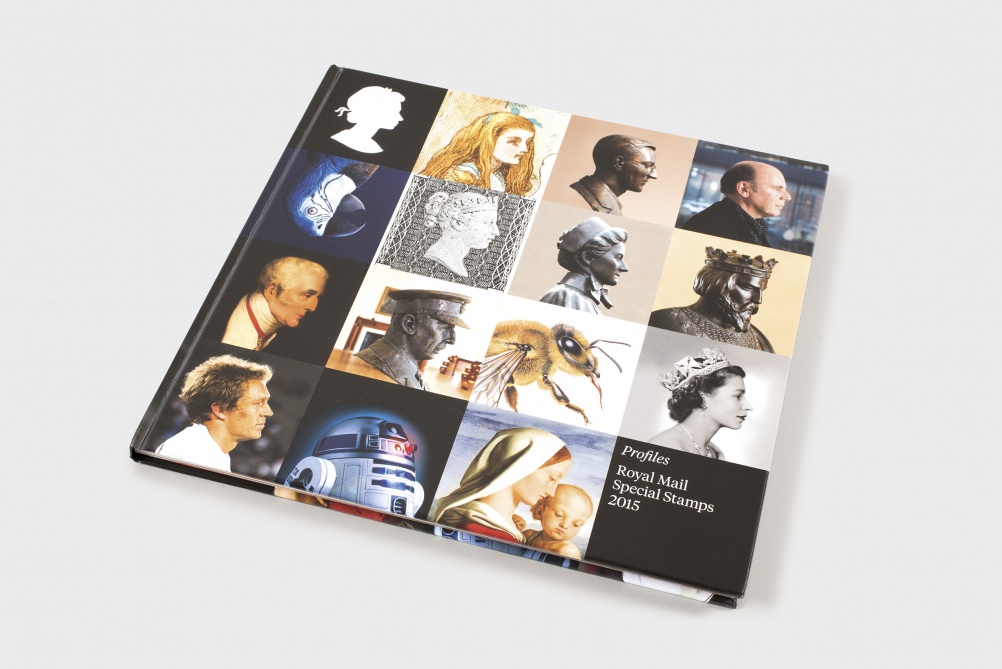 The book showcases the stamps and tells the stories of the people or subjects depicted on them. 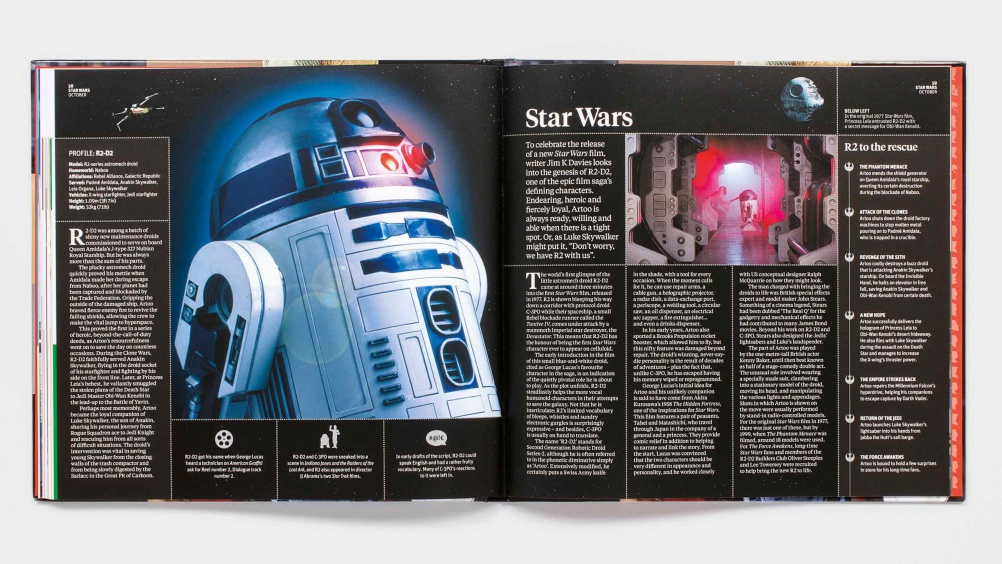 Purpose says: “The key challenge was unifying the 14 different subject areas – from kings to comedians, architects to inventors, free-thinkers to fictional characters – to create a strong creative thread throughout.”

The consultancy says it took inspiration from the profile of the Queen’s head, which is used on all British stamp designs.

On special, pictorial stamps, the Queen’s portrait is featured in profile at the top corner of the design. 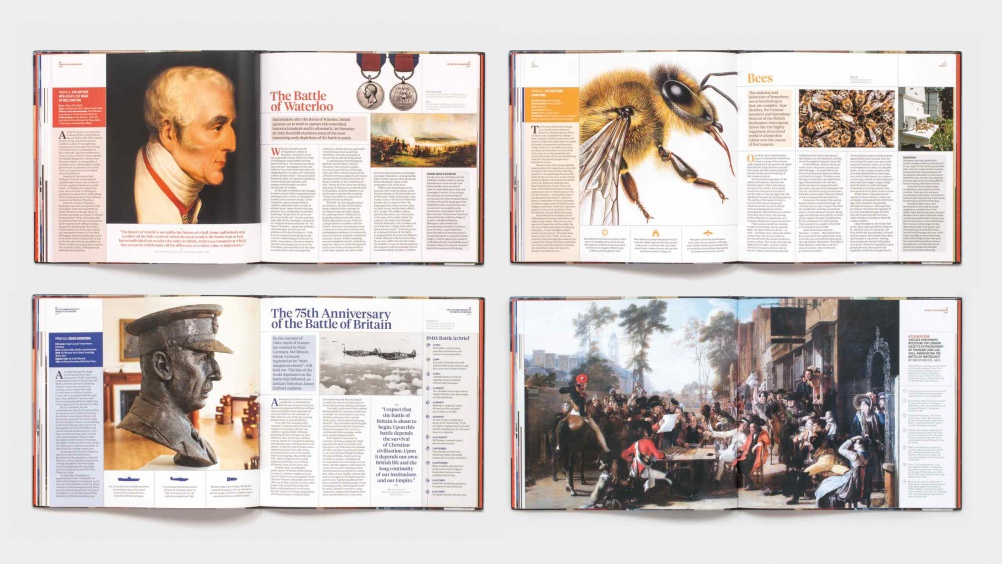 Purpose says it took inspiration from this profile approach to create the editorial design. Each chapter opens with a large portrait of a person or character associated with the topic, while the front cover features a collection of profiles.

Royal Mail is also releasing a Year Pack for 2015, which includes all the special stamps published this year. 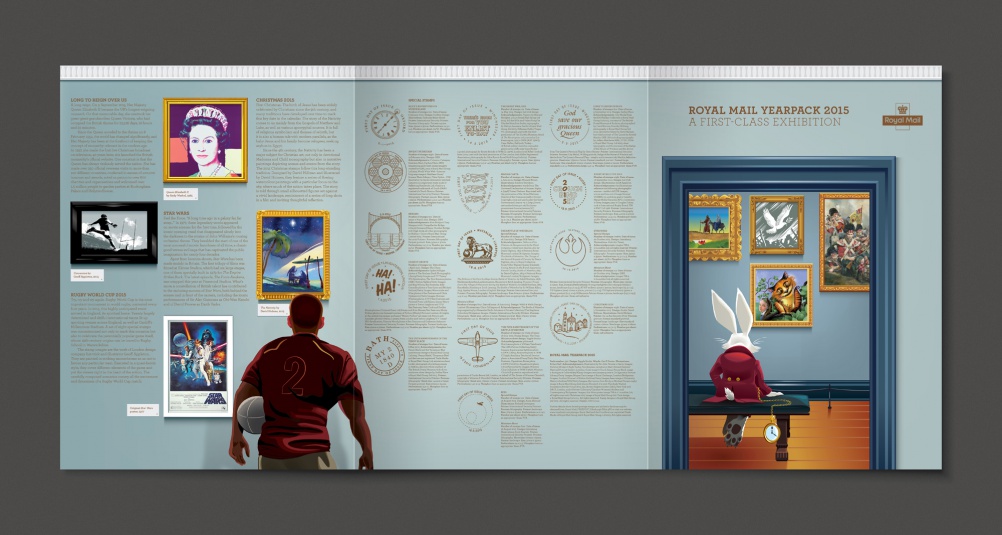 The pack is designed by Supple Studio and features illustrations by Robert Ball and copywriting by Jim Davies at Total Content.

The pack is subtitled “A First-Class Exhibition” and it features a series of characters, based on this year’s stamp subjects, walking through a gallery admiring representative images.

The folder also includes a fold-out insert that offers comprehensive information about each issue. 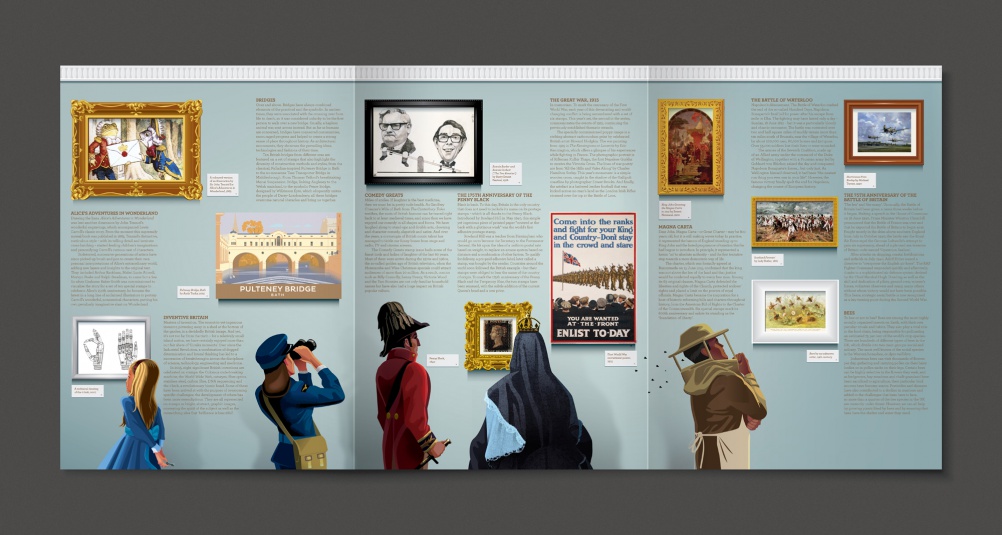 This year is the 50th anniversary of Royal Mail’s special stamps programme, which started in 1965 when then-postmaster general Tony Benn asked David Gentleman to create some new designs for the stamps.

To mark the anniversary, we asked a series of experts – including designer Michael Johnson and stamp historian Dean Shepherd – to tell us about their favourite stamp designs.

Design Week Hall of Fame to be recognised at DW Awards