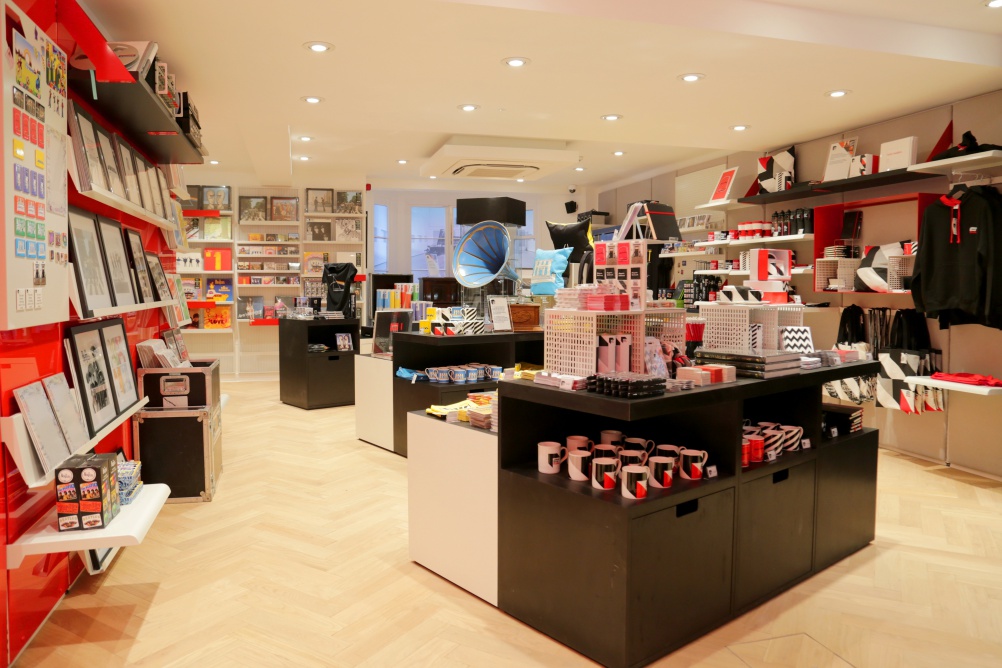 Abbey Road Studios, home to The Beatles’ album recordings, has opened a bespoke shop with interiors that replicate the studios themselves.

The new store, designed by consultancy Lumsden, will be selling memorabilia based on The Beatles and other artists who have previously recorded in the studios, including The Who, Pink Floyd and Amy Winehouse.

Products include original LPs, photographs of those who have recorded in the studios, specialist music equipment, with more merchandise coming soon.

The store launch follows the refurbishment of the studios themselves. Its design aims to mimic “little iconic parts” of the recording studios, says Callum Lumsden, creative director at Lumsden.

He says: “We’re trying to evoke the spirit of what’s happened at Abbey Road over the years. It’s the centre of the music universe in many people’s eyes.

“Nobody’s ever really allowed into the studios because they’re always in use,” he says. “That’s why we’re trying to evoke the heritage of Abbey Road with the materials we’ve used.”

Props include Paul McCartney’s guitar, John Lennon’s piano, and microphones used in the film The King’s Speech, alongside pegboards and other recording equipment.

Other design features include a cash desk formed out of 2,000 LPs, and materials used within the studios, such as mesh panels and a parquet floor.

A “music zone” includes an interactive table, which provides visitors with a history of the studios, alongside products such as Sonos speakers, black and white speakers, guitar straps and strings.

The shop uses the colour scheme of red, black and white, which reflects the Abbey Road Studios rebrand, created by consultancy Form in March this year.

This includes a red, acrylic product display wall, and a black and white striped ramp at the entrance, replicating the famous zebra crossing sitting on Abbey Road featured in The Beatles’ album artwork. There is also a timeline demonstrating the studios’ 84-year history. 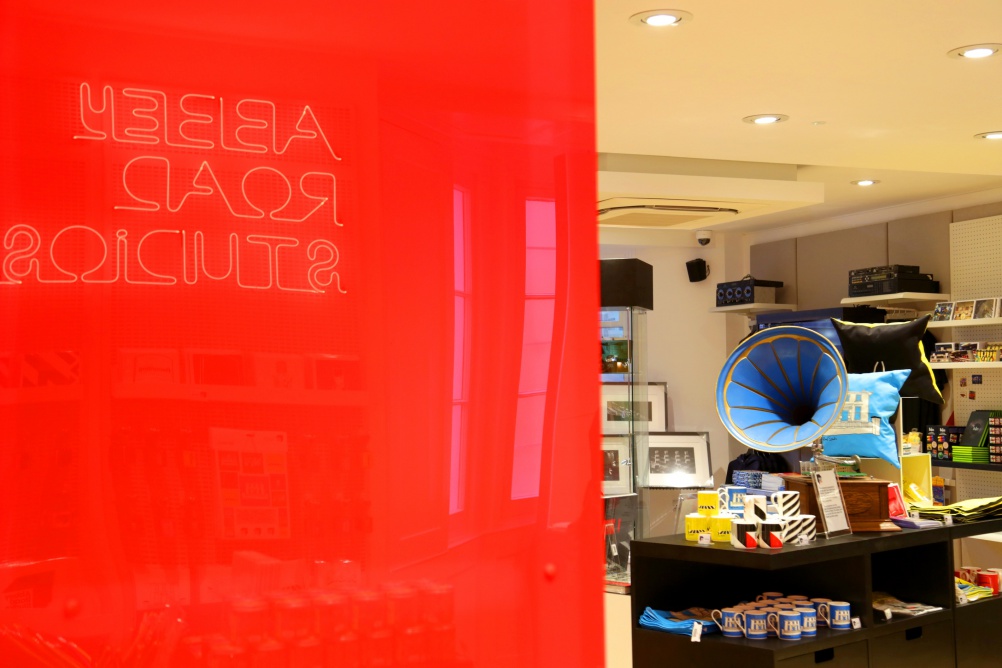 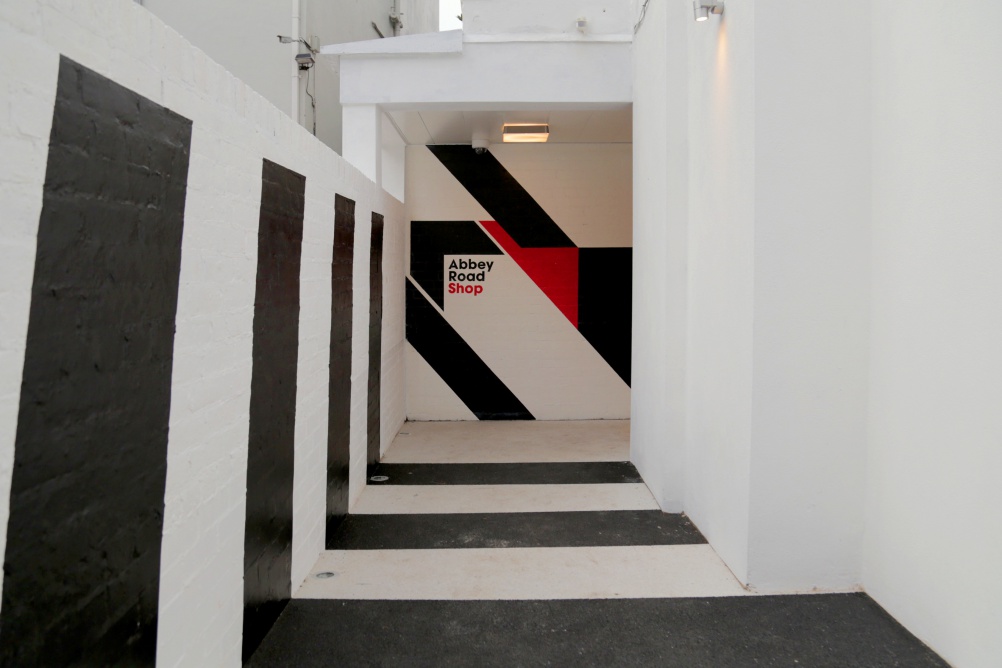 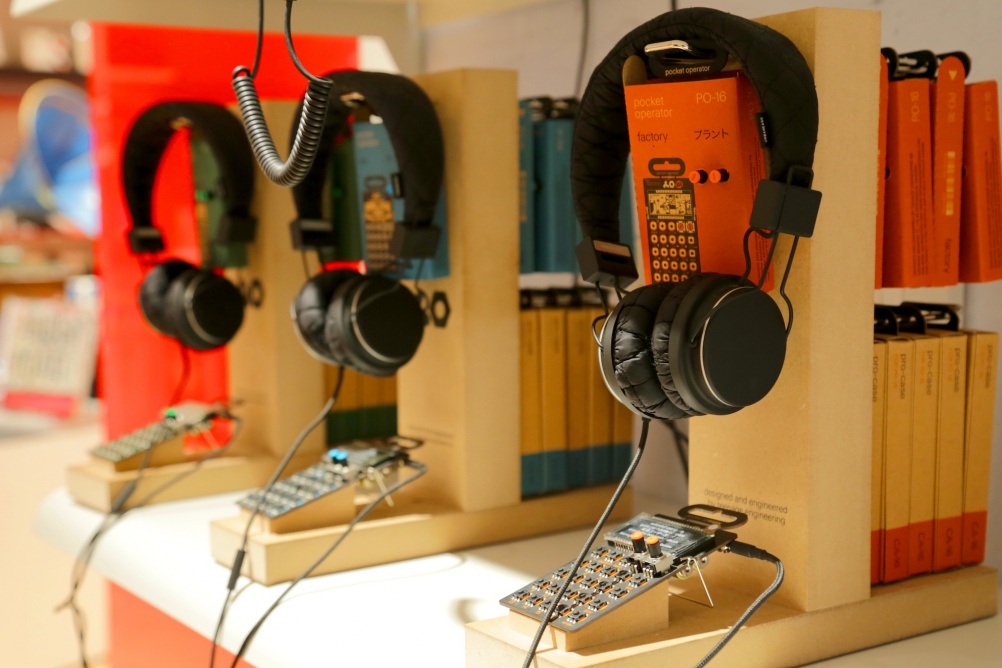 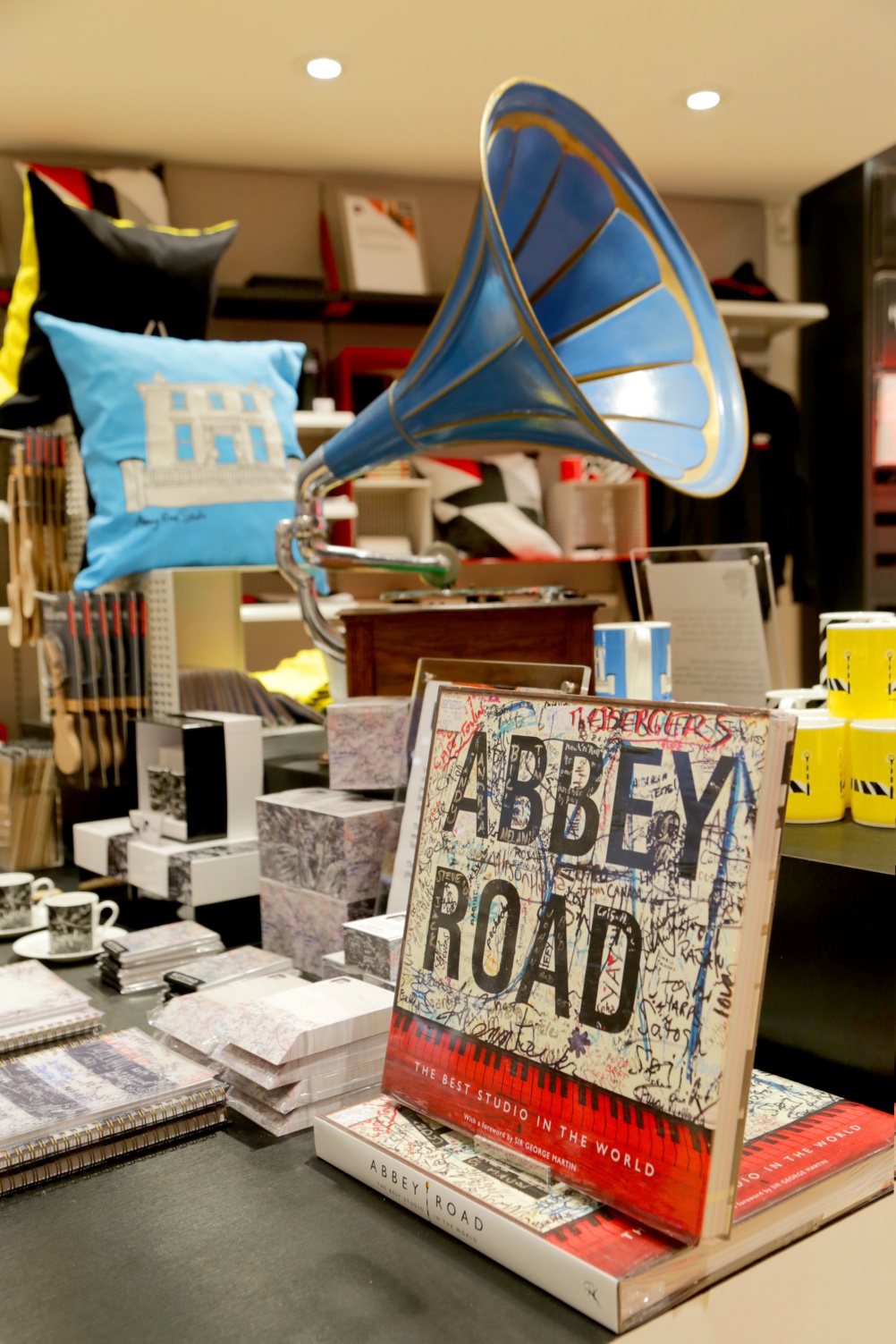 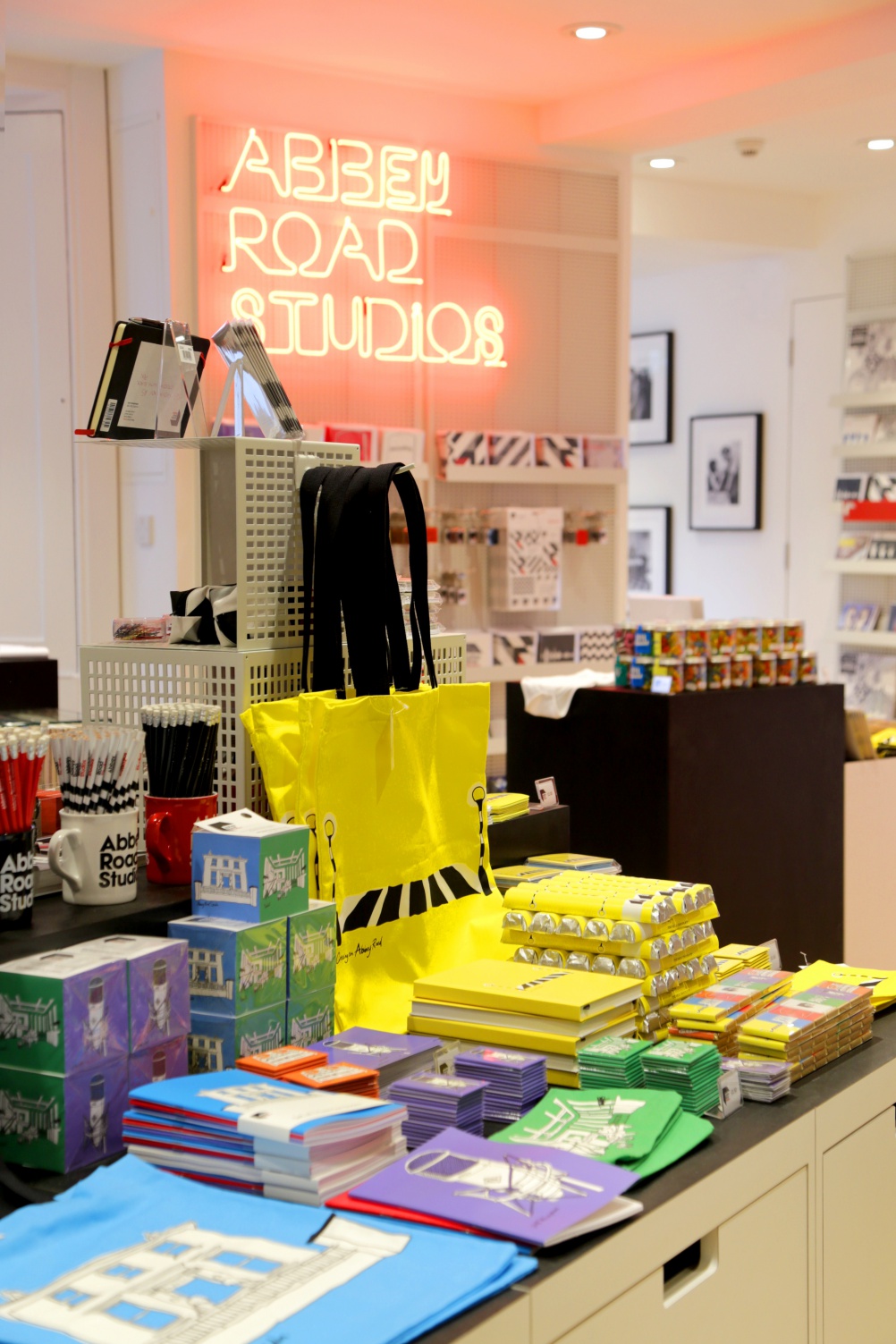