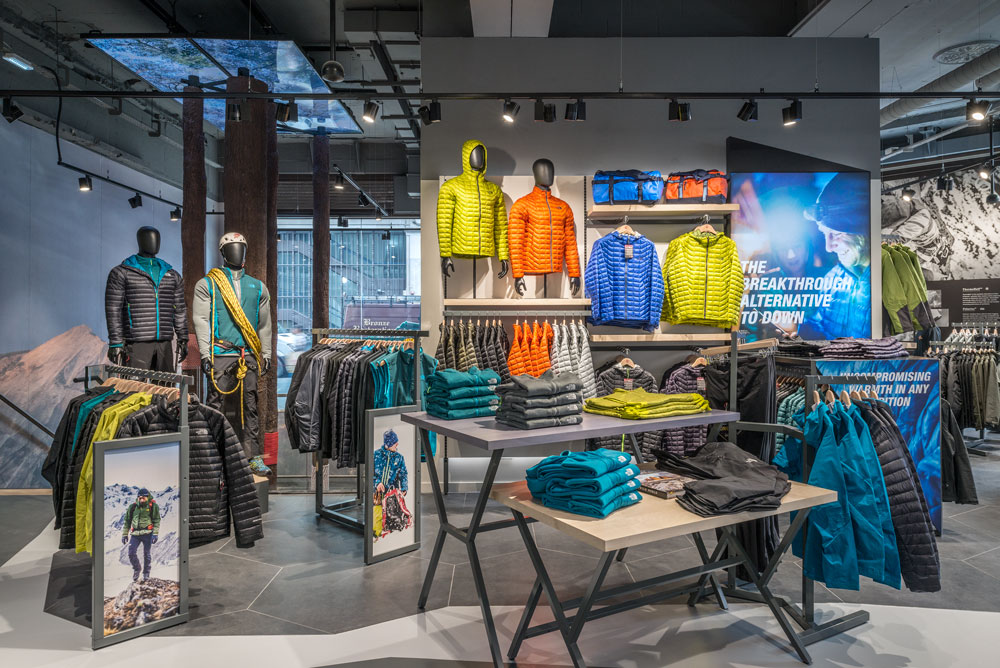 North Face outdoor clothing brand has opened a new flagship store in London, which sees a refreshed interior design concept based on nature.

The store, which has opened on Regent Street, is the first of an international roll-out of store redesigns, created by consultancy Green Room.

The design is based on the idea of a “progressive playground”, which aims to encourage “enjoyment, discovery, training and activity” for consumers, says the consultancy.

Sam Langley-Swain, insight and strategy manager at Green Room, says: “The new ‘progressive playground’ concept adds new dimensions into the store experience, such as interaction with staff and peers, tactility and the inspiration of nature. Above all, the new stores aim to give the consumers a glimpse into the outdoors, inspire them and give them emotional and physical context for the products.” 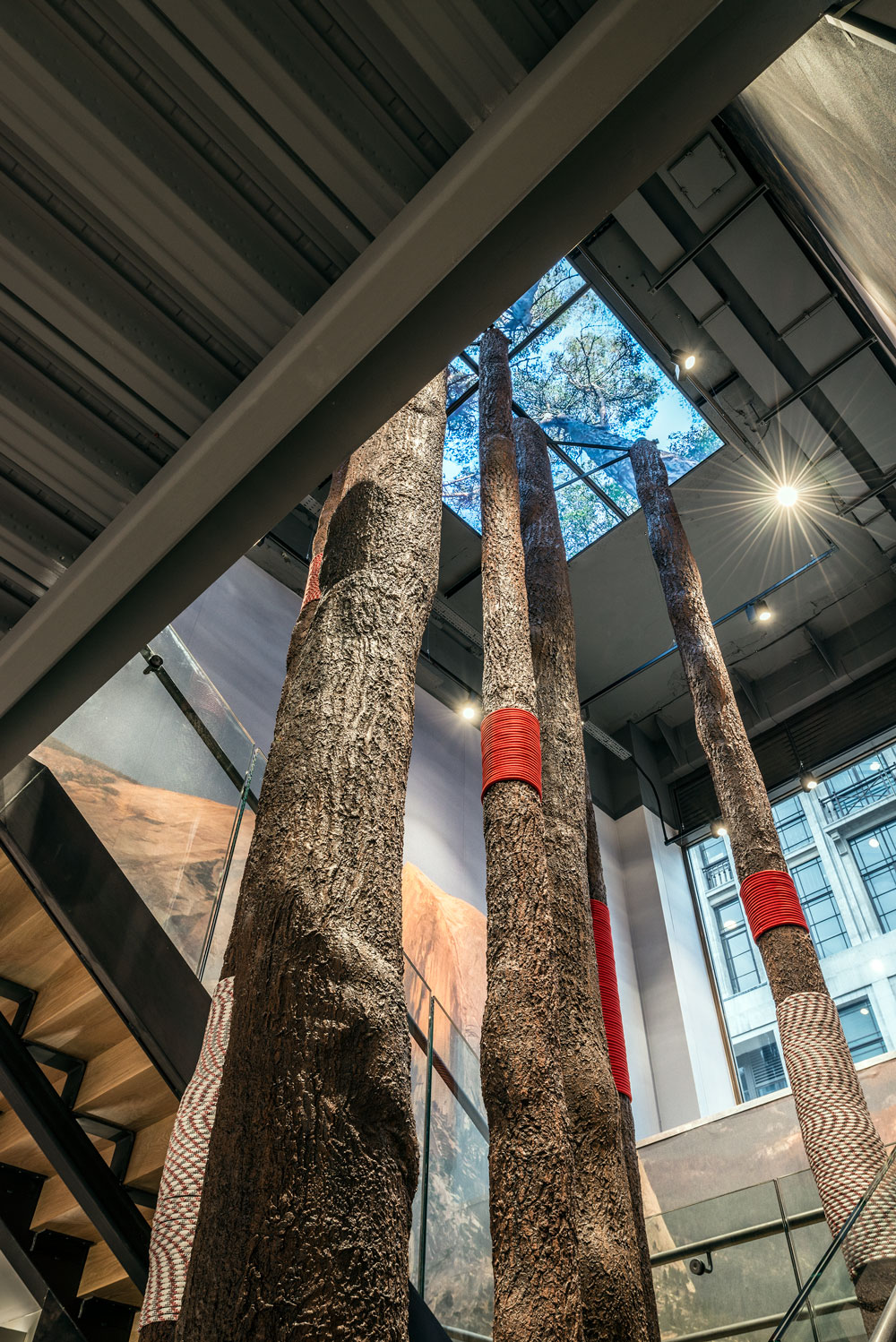 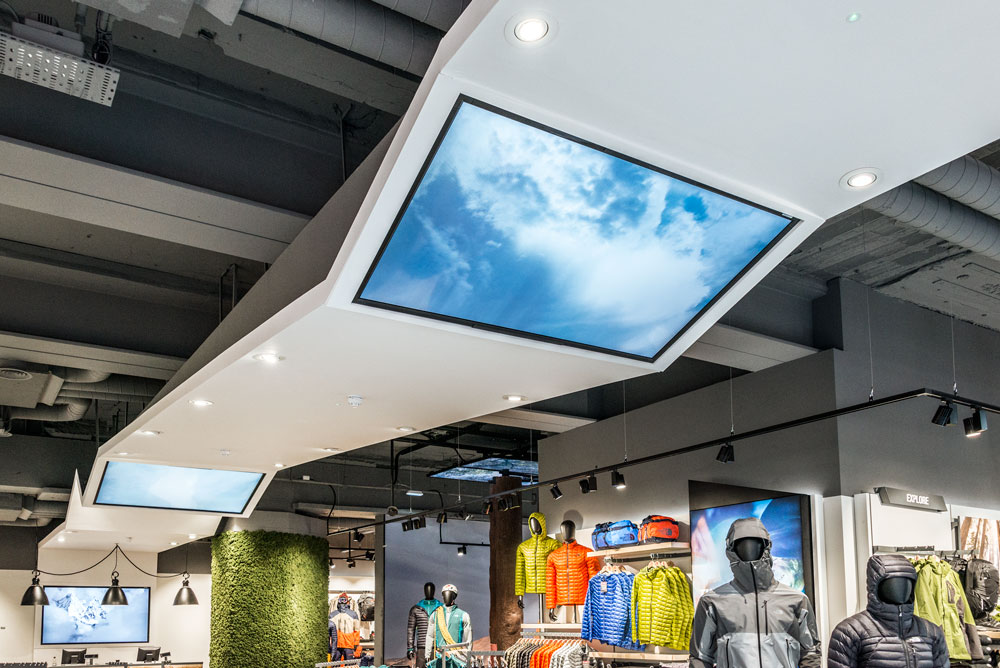 It includes digital screens that represent “sky windows”, which react to changing weather patterns, and uses living materials within the space. This includes moss, and tree trunks that extend through the store’s ceiling windows.

Langley-Swain says: “The main reason for integrating ‘living’ elements into the store was to encourage tactility and give sensory nods to the outdoors.”

Other digital windows have been used to “draw customers into the store”, by featuring wider North Face activities such as campaigns and expeditions.

The store layout has also been organised into the themes “live”, “train” and “explore”, which aim to meet the different “aspirations” of shoppers. 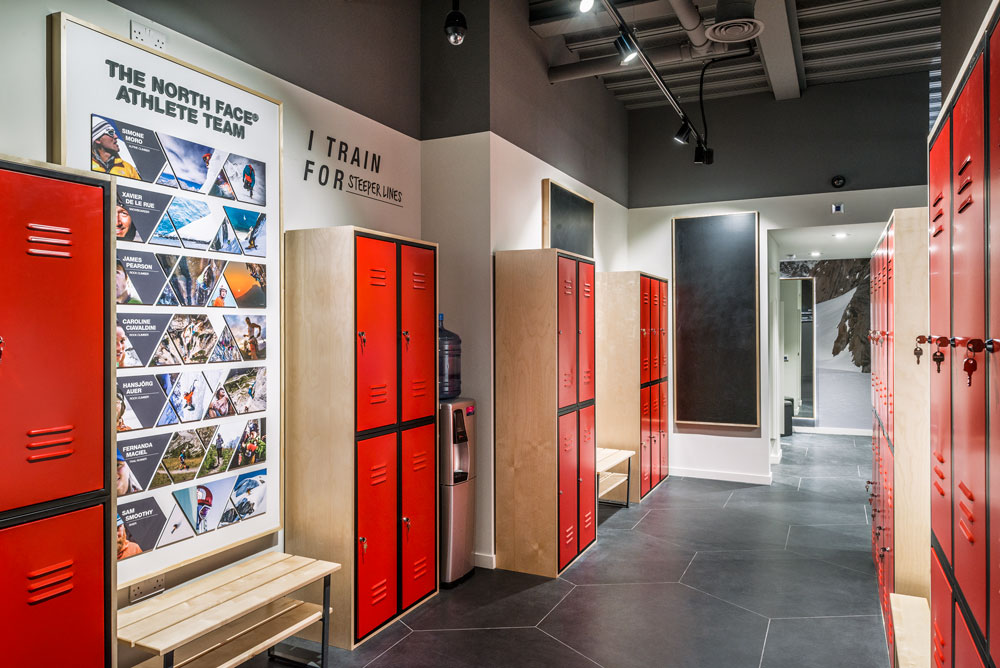 It also includes a “local community” area, which looks like a sports locker room. It will be used for events, product launches and talks by people within the outdoors industry.

The launch of the London store will be followed by a new flagship store opening in Stanford next Spring. It follows Green Room’s redesign of North Face’s Milan store. 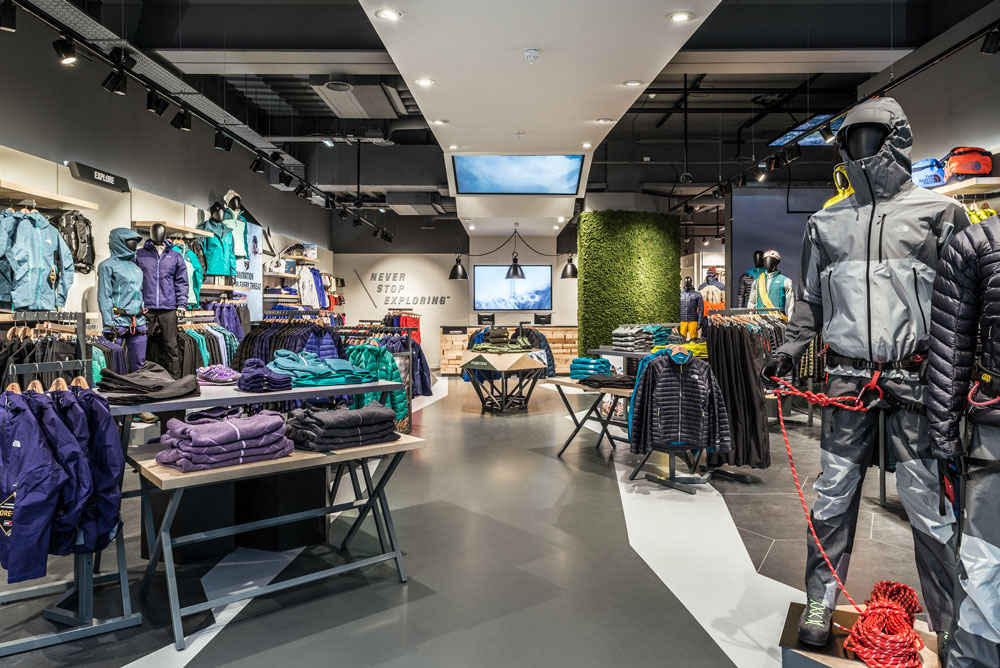 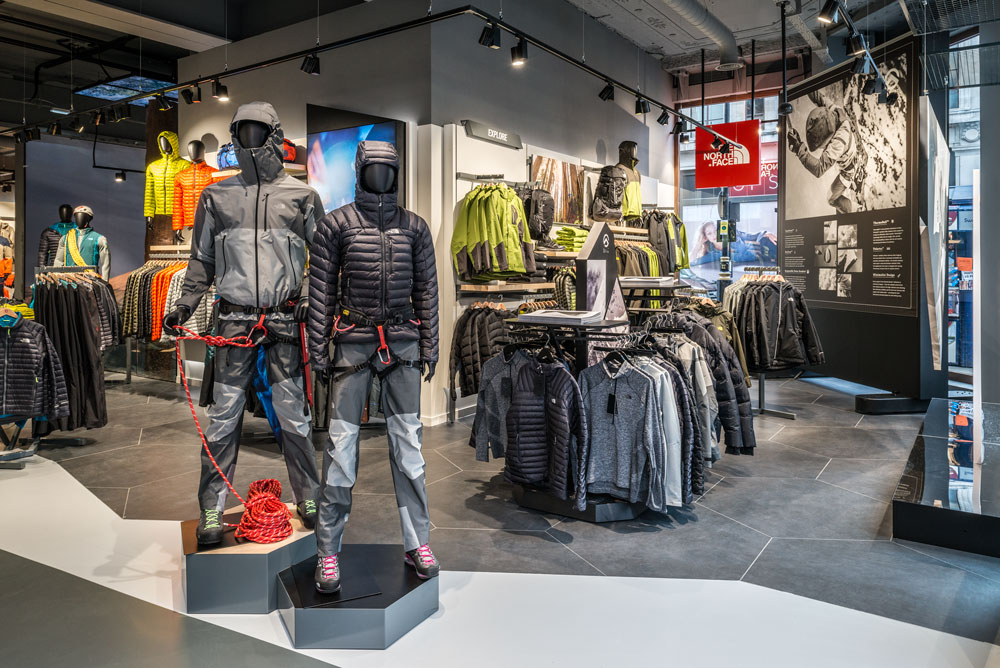 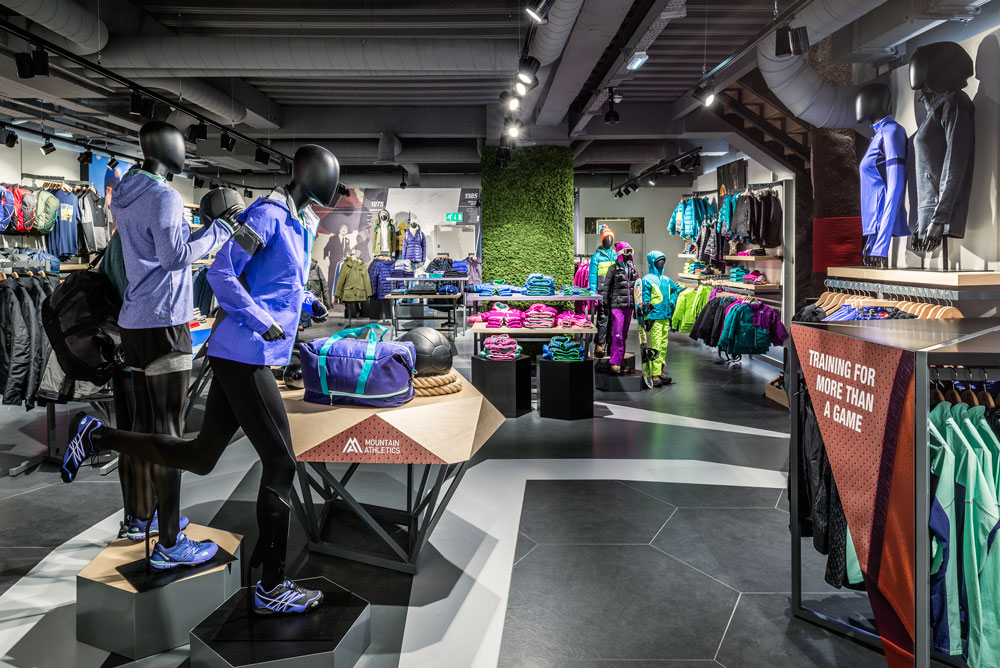 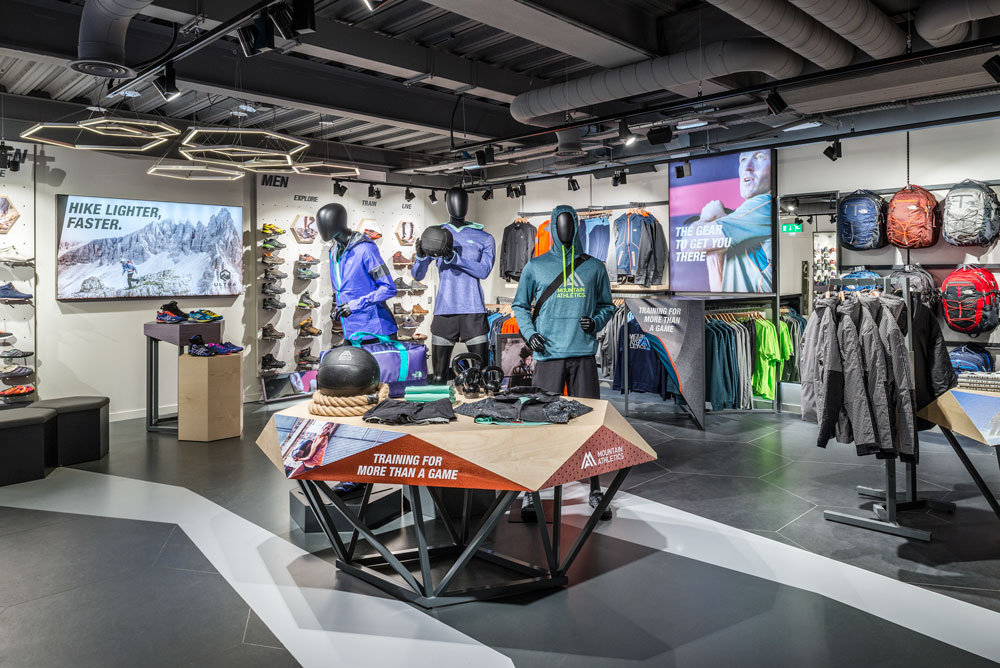