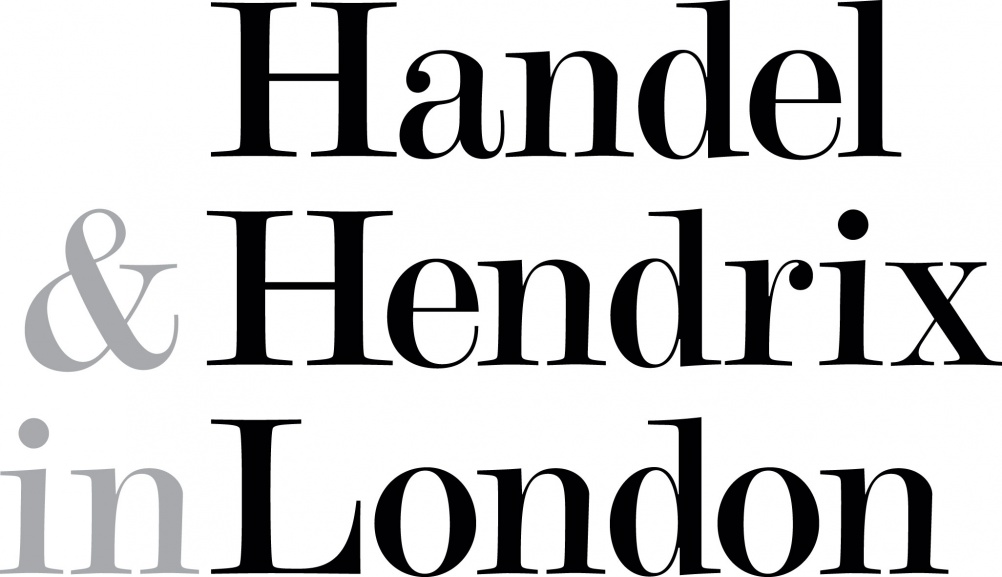 Pentagram partners Harry Pearce and Naresh Ramchandani have led the rebrand of Handel House on Brook Street, Mayfair, which will now be known as Handel and Hendrix in London.

The name change has been prompted by the opening up of Jimi Hendrix’s flat – at number 23 Brook Street – as a permanent attraction, and the launch of an accompanying exhibition.

Although the Handel attraction at number 25 Brook Street has been open since 2001, the Hendrix experience will not open until 10 February 2016 so the application of the branding is still in development.

A Pentagram spokeswoman says: “The Handel & Hendrix in London graphic identity has been created to promote, identify and distinguish the museum. The identity is brought to life through vibrant colours, dynamic typography and powerful imagery.

“The primary typeface is Modern No. 20 with the secondary typeface being Akzidenz Grotesk. Handel and Hendrix are two extremely different artists, who are united by their incredible impact on music. Because of this, each artist has their own colour palette that reflects their own unique musical styles.”

Exhibition design has been led by Outside Studios, which has been working with the client since 2013.

The Hendrix project began following the success of showing the flat for Open House weekend, which gave fans the chance to see the space where he lived for two years from 1968 until his death in 1970.

Outside Studios creative director Catherine Halcrow says that the primary focus of the two-year £2.4 million restoration project has been recreating Hendrix’s bedroom.

Halcrow says: “The challenge was using photographic and anecdotal evidence to frame the story of his life there without initially having any artefacts. The room was empty.

“He always lived an itinerant life but this was a place he was filmed in, photographed in by people like Barrie Wentzell, wrote songs in and practiced in. It was his home and his office.”

Outside Studios held focus groups and spoke to people who were part of Hendrix’s life, including his former girlfriend Kathy Etchingham and engineer Roger Mayer, so that details like curtains and furniture could be accurate.

A soundscape has been created, which features a guitarist emulating Hendrix’s acoustic arrangements, street noise and talking.

“We hear it was generally a quiet space although he did blow a few amplifier cones but there weren’t really any neighbours at the time,” says Halcrow.

Handel lived at number 25 and Hendrix next door at number 23 but internal walls have been knocked through to make the visitor experience seamless.

What was Handel’s attic has been made into a “microhistorical” Hendrix exhibition, which focuses on the last two years of his life and the late stages of his career before Electric Ladyland was released.

“It’s a graphic exhibition so we present a lot of images and text and try to show what was happening at the time like his Albert Hall gig [in 1969], which many say was his best ever,” says Halcrow.

It also contains artefacts such as the acoustic guitar he wrote with in the flat and there are listening points so you can hear what he was working on.

There is a second room in the flat and little was known about it, so it has been designed to showcase his record collection and give an impression of what he did every day.

A new learning and performance space – The Studio – has been introduced and a roof extension added for offices where Handel and Hendrix London staff can work from.

Update: Last year designer Mike Dempsey published an account on his blog, which stated that he was asked to free pitch for the Handel House project. He details his exchange with the client here.

The issue has also been raised in our comments section and we have asked the client to respond to this.

“We asked for details of staff who would be undertaking the project, a resource schedule and their approach to the project. No artwork was required but examples of previous work could have been provided.

“Submissions were shortlisted down to four companies who were invited to an interview with the Handel House Trust to discuss their approach further. We felt that this approach to the tender did not require a fee.

“However, if we had requested initial design or concepts at the shortlisted stage we would have paid for the work involved to do this.

“The company that won the pitch, Pentagram, understood our brief and the challenges behind our unique offering.”

You can read further comments from Dempsey in our comments section below.