Dropbox has had its first major rebrand in 10 years, which looks to show that the website “isn’t just a place to store your files”.

The website was founded in 2007, and allows users to store and share files on the cloud without having to save to a computer or other hardware.

This includes Word documents, PowerPoint presentations and Photoshop and Sketch files. Users can share their thoughts on projects by commenting on shared files.

It also has a separate function called Dropbox Paper, where users can upload video, images, code and sound files to create content within Dropbox.

Dropbox’s logo retains the brand’s box symbol, but it has been modified to appear more abstract, now composed of five diamond shapes. The blue shade has been brightened, and the name is now set in the new typeface in black.

The colourful, illustrated look aims to be “versatile”, “vibrant” and “expressive” says Nicholas Jitkoff, Dropbox’s vice president of design, with the different executions of the typeface allowing the brand to “speak in a variety of tones”. 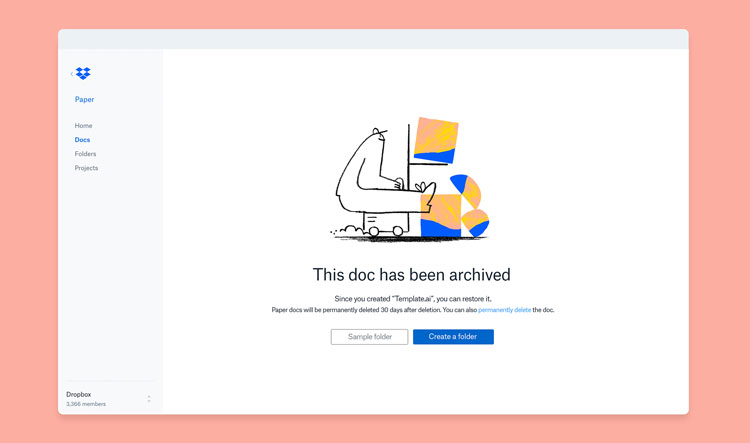 It also aims to demonstrate the platform’s aim to encourage collaborative working. “Our new brand system shows that Dropbox isn’t just a place to store your files,” he says. “It’s a living workspace that brings teams and ideas together.”

Additionally, the use of illustration aims to “bring life to the brand”, through hand-drawn, rough sketches combined with “colourful, abstract” shapes. 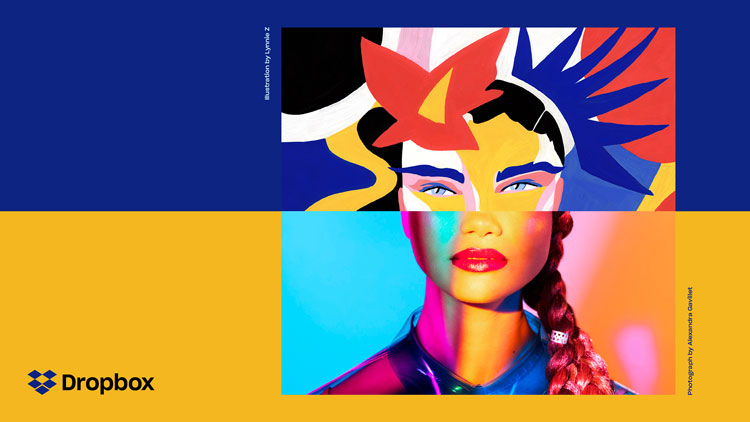 Contrasting imagery and colours have also been “paired up” and placed next to each other to demonstrate the idea of creative collaboration, and to “show what’s possible when we bring ideas together in unexpected ways”, says Jitkoff.

The look will also evolve as it invites artists to submit work that will be used as part of the branding, to also emphasise the idea of creative co-working.

The new look follows the rebrand of file sharing rival WeTransfer last year, which took on a simpler logo and dropped the “Transfer” from its name to become “We”.

Dropbox’s new look has rolled out across its website and social media platforms, and will continue to roll out across its merchandise and physical products over the next few weeks. 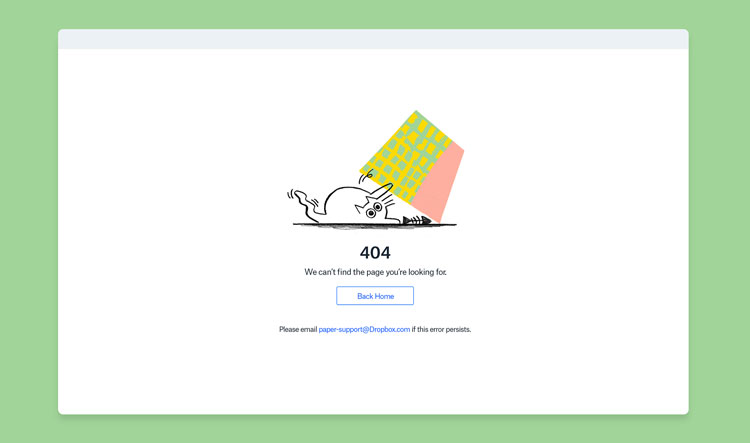 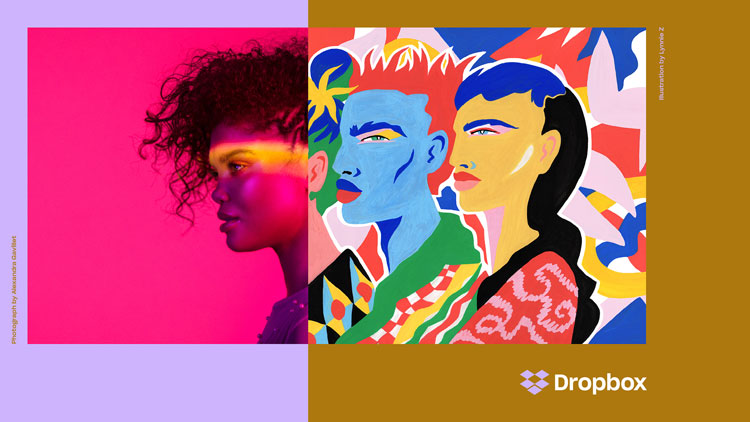 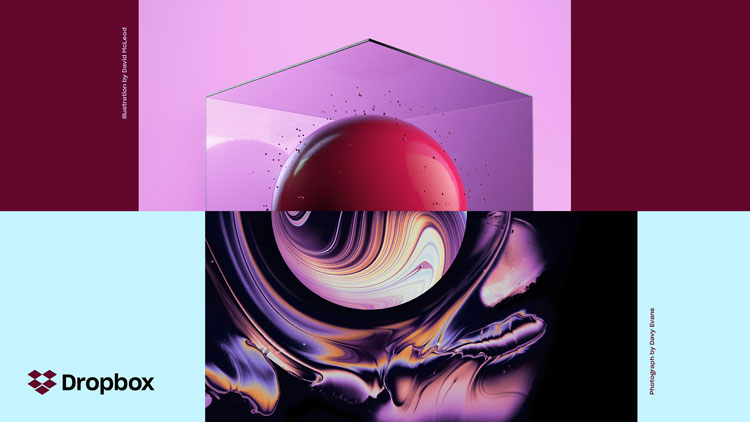