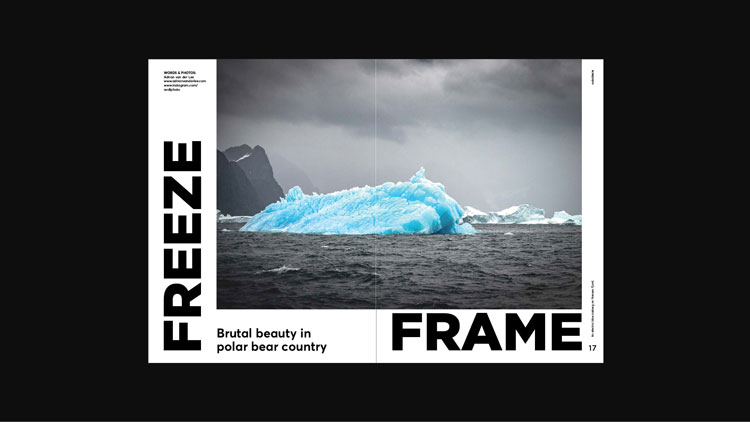 Dublin-based studio Nugno has re-designed Irish adventure magazine, Outsider, in an attempt to “revitalise” the title. Given its content — glaciers and mountain landscapes — Nugno’s aim was to support a “photo-driven editorial style” while also “breathing new life into the magazine format”. The studio worked from the magazine’s already-established grid style and structure and commissioned “playful photography”. This was combined with “loose, hand-inked section titles” and “organic” design details like a muted colour palette, as a way to create a “contrast” between the photography and the magazine’s formal grid style. This is also highlighted by the font selection, which pairs a sans serif font with one that features sharp serifs. 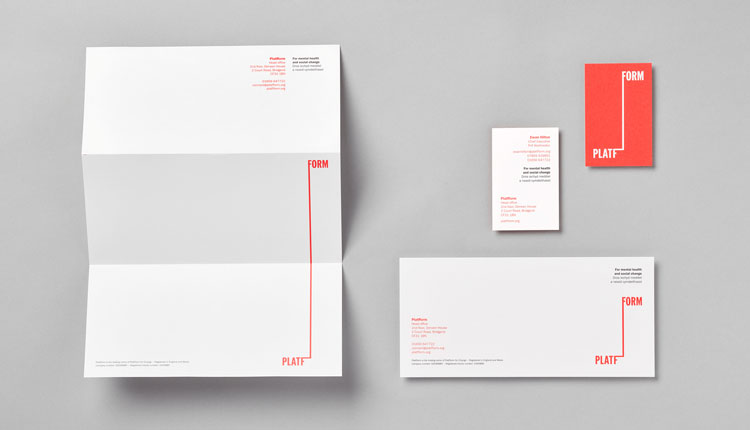 A Welsh mental health and social change charity that was established in the 1980s has been re-branded by Cardiff-based design studio, Clout. The charity’s previous name (Gofal) was not in line with its “bold new vision”, its CEO Ewan Hilton says. “We needed a large-scale whole system change,” he adds. The new identity “playfully adapts for different messages and audiences” across multiple platforms. Playing off the name, the studio created a logotype with a line between the name’s two fs which “suggests how a connection can offer a positive step forward or upwards.” On some applications, such as stationery, the length of the connection is accentuated to emphasise this idea of contact. The rebranding is accompanied by an updated website, merchandise and animated film.

The QB Papers by Quentin Blake, published by Thames & Hudson 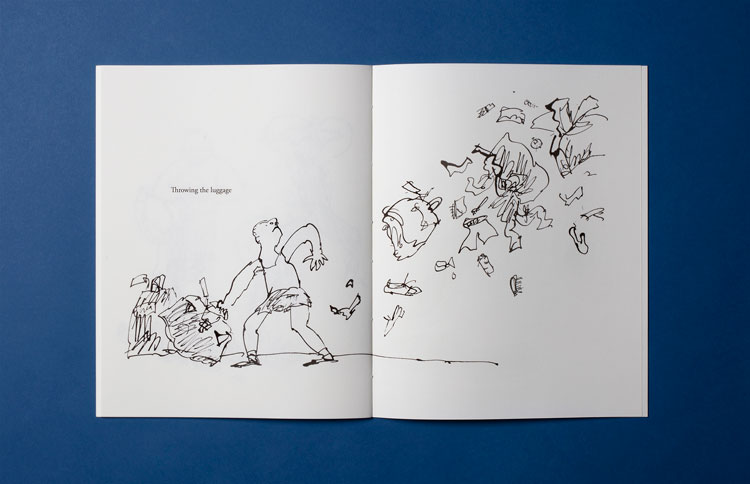 Quentin Blake, the illustrator of Roald Dahl’s children books, is releasing a set of 20 large format books of drawings over the year, starting in August. The books, which have titles like ‘The Alternative Sports Olympics’ and ‘The Mouse on a Tricycle’ explore “subjects and techniques between reality and fantasy”, Blake says. They all feature his instantly recognisable illustrations. “I hope that each of them in its own way will appeal to anyone who likes looking at drawing,” the artist adds. The first five were released on 8 August and cost £16.95 each. 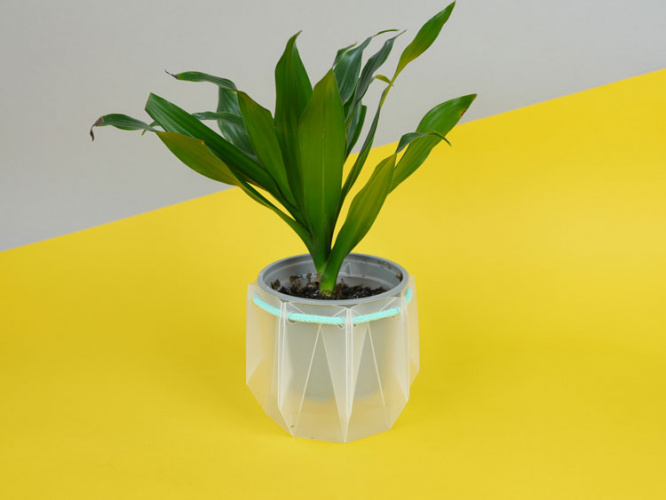 Tapping into the indoor plant trend, two product designers in Scotland have launched a flatpack flowerpot, POTR. It uses a cotton drawstring for assembly, which also doubles as a “wicking straw” allowing for plants to “self-regulate their water intake”. As it is flatpack, it can be sent through the post by envelope, thereby reducing the CO2 footprint, the founders say. All the materials used to make the pot are 100% recycled and recyclable and have been sourced within Europe. The founders are keen to stress a benefit for renters with green fingers: flatpack flowers are much easier to pack up and transport than ceramic ones. 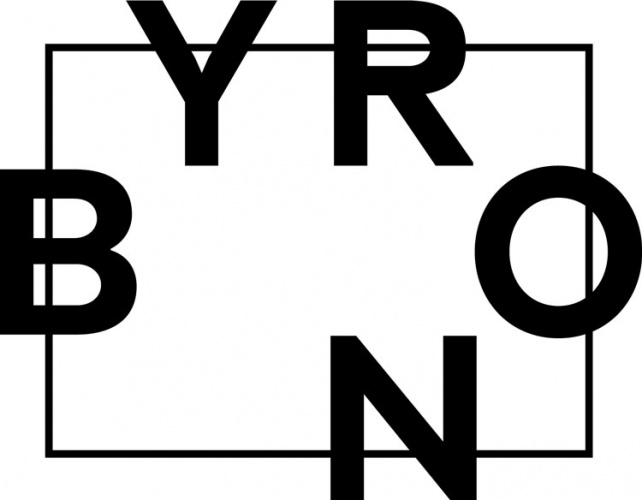 Byron, the struggling burger chain which received a £10m cash injection early this year from investors in an attempt to overcome its slump, is rolling out a new visual identity this autumn. Only a logo has been revealed so far, though it is part of a wider rebranding which includes the redesign of physical restaurants across the country. The logo is a visual representation of its “new rallying cry”: All Hail The Table. The slogan is a response to the 2019 Wellbeing Index which reported that a third of British adults are eating alone most or all the time. Byron hopes that its rebrand will encourage customers to “share stories and have conversations over good food”. Displayed simply in Nimbus Condensed black font, the five letters of Byron’s name “represent five guests at the table”. The black and white logo is a “literal translation” of the restaurant’s “desire to bring people back around the table”, Byron’s CEO Simon Wilkinson says.

A new campaign aims to celebrate UK youth culture, by showcasing the “diversity and boldness of youth culture movements from the birth of the teenager in post-war Britain to the modern Grime scene of East London”. Originally formed from the archives of lifestyle magazine, Sleazenation, the project brings together more than 100,000 photographs, slides and objects. The archive is currently archived at Printworks, Europe’s biggest nightclub, and organisers aim to “enrich” this collection with a “leading education and public outreach programme”. It is seeking backers on Kickstarter to set up an online site, and it wants to open a permanent free education space and exhibition in the summer of 2020. 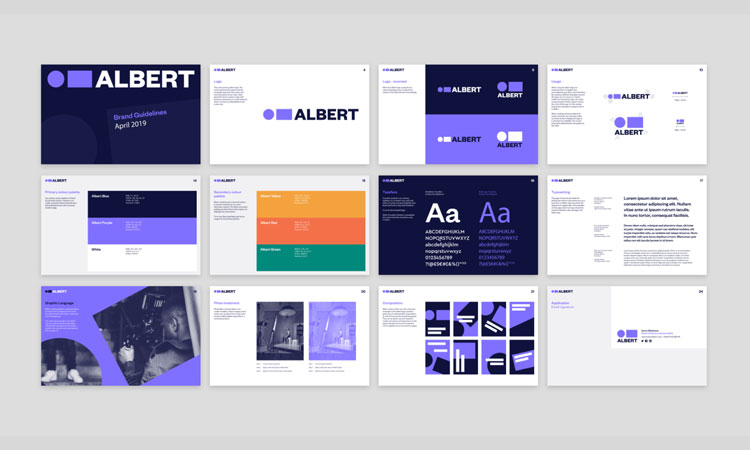 Albert, the British Academy or Film and Television’s (BAFTA) sustainability branch, was launched in 2011 to provide solutions to sustainability in the British film and television landscape. It has been given a new identity by London-based design consultancy Nice and Serious, in an attempt to better position itself to “tackle the challenge ahead”, BAFTA’s head of sustainability development Aaron Matthews says. The branding consists of geometric shapes taken from the “natural world” which “represent the screen arts and their relationship with the planet”. Hoping to eschew typical sustainability branding and “earthy” colour schemes, Nice and Serious created a “minimal aesthetic” which incorporates bold purple tones. Another focus was scale: the new identity can “flex and scale based on audience”, like when it is needed for more “subtle applications” such as television productions. 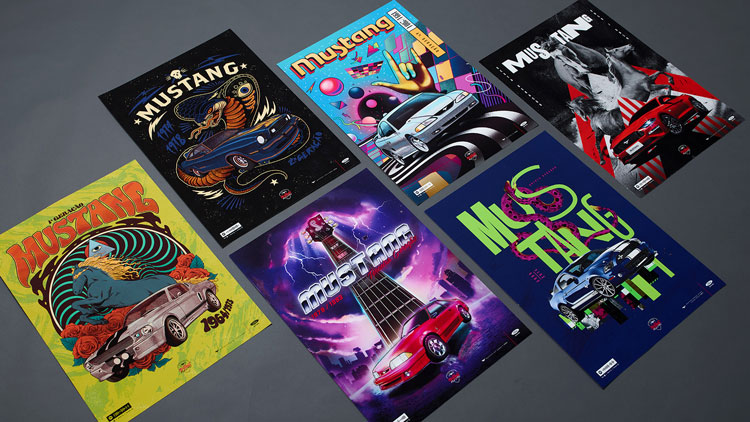 Since its launch in 1964, there have been six generations of the Ford Mustang. The sports car, which has been sung about by everyone from White Zombie to T-Rex, is synonymous with rock and roll. To celebrate the car’s history, Brazil-based advertising agency GTB Brasil, has created Spotify playlists for each generation including the current one which began in 2015. Alongside this, the studio made posters in keeping with the artistic styles of each model’s period. The designs featured a Spotify code and when users photographed the poster, they were led to the corresponding playlist. If they shared the posters on their Instagram Stories, they were also sent a physical print.