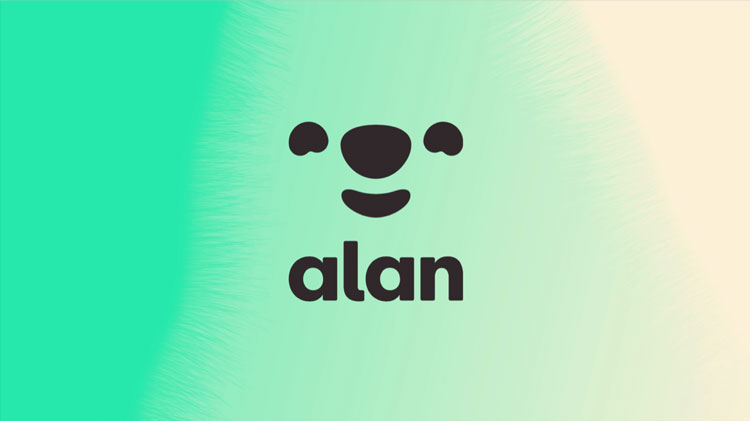 French digital healthcare start-up Alan has been rebranded by London’s DesignStudio in a bid to “stand out in the healthcare marketplace”.

Alan is looking to simplify health insurance in France, allowing users to keep track of expenses and claims via an app, for a fixed monthly price. So far, it has raised $86 million (£71.5 million) in funding. 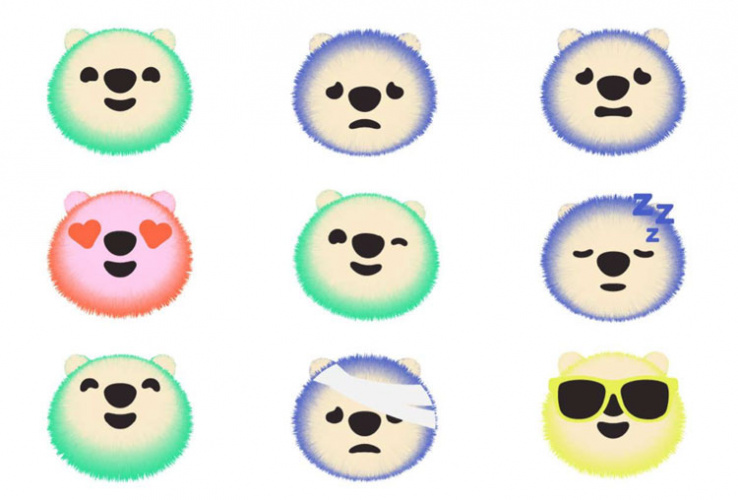 The redesign works to illustrate the “profound lightness” that Alan co-founder and CEO Jean-Charles Samuelian says is at the company’s core, with soft lines and colours being prioritised.

Alan’s unnamed animal mascot has been transformed. This time around, the creature is furry and has been given a list of animated behaviours, designed to make it “more friendly and approachable than the previous character”.

The new mascot has also inspired new “furry graphic language”. This new textured, animated wording will be rolled out across the app, to give users a “warm and fuzzy feeling”. 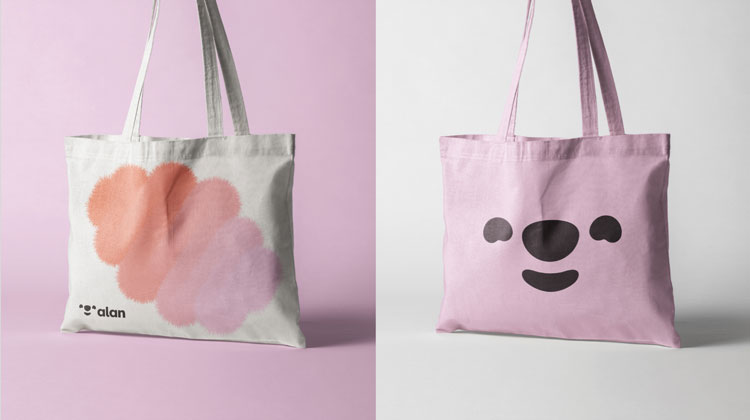 To ensure Alan was speaking “today’s language,” DesignStudio has also created a series of digital stickers and emojis for use across social media. As for sharing the designs offline, graphic bags and badges sporting the unnamed mascot have also been created.

The company has plans to expand throughout Europe in the coming years and hopes this refresh will help to maintain momentum. DesignStudio London creative director Campbell Butler says the new look has helped “position Alan in a new category, simplifying its brand narrative around a subscription to better living.” 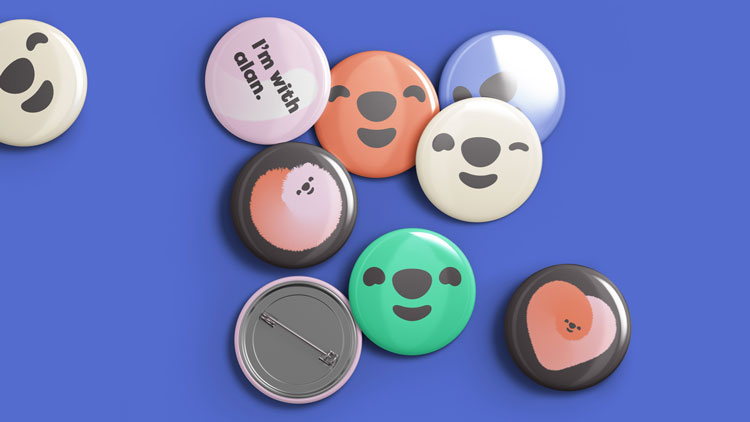