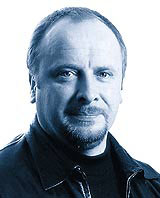 Brown KSDP has made ten members of staff redundant from its London office as the economic slowdown continues to bite.

The redundancies come from design, artwork and project management but none are senior staffers, the consultancy says.

The cuts have been attributed to a ‘tough second quarter and a slow third quarter’ for the group, which has offices across the world. Group chairman Dave Brown refuses to comment on whether the redundancies are voluntary or enforced.

No other cuts have been made from other parts of the group, he says. He also ruled out further cuts. ‘No further redundancies are planned,’ says Brown.

‘[The cuts] are relative to the marketplace. The market is softening. We have responded appropriately in terms of the restructuring of the business and will be fitter because of it,’ he says, adding that the ‘main fallout is in product branding’.

The consultancy has not lost any clients, according to Brown.

‘I think our clients are being rather more cautious with budgets in the second half of the year then they would have been if the market conditions had been better. The volume of work being commissioned by clients has slowed down,’ he comments.

Brown KSDP, part of the Tempus Group, now has 287 staff internationally. It was ranked 23 in Design Week’s Top 100 in March.

New DBA chairman has a tough job ahead of him

Urban Salon and Bump to take on Space Invaders